Glass globe in the in nature concept for environment and conservation.
Photographer: stock image via Getty Images

In this special commentary, the OECD’s Pascal Saint-Amans, Achim Pross, and John Peterson offer their views on how to face the challenges of the Pillar Two global minimum tax.

We wanted to respond to the recent article by Will Morris, “Pillar Two: Let’s Use the ‘Hungarian Hiatus’ to Get Back on Track,” to offer a somewhat fuller presentation of the different points he raises.

Morris starts by sharing his observations on “tax momentum” and tells us that “during the 2013–15 base erosion and profit shifting project (BEPS), the Organisation for Economic Co-operation and Development discovered the joys of what might be called tax momentum,” which apparently consists of “set[ting] a timetable with very short time limits, and design[ing] a process that, whatever it may say in theory, can in reality only move forward.” He then concludes that this OECD discovery (which he subsequently elevates to a principle) does not seem to work as well in the context of Pillars One and Two.

It seems a bit puzzling to present the very sensible and broadly welcome extension of the timeline on Pillar One to allow for comprehensive stakeholder consultation as an OECD failure, presumably on the assumption that the OECD Secretariat and delegates from over 130 Inclusive Framework member jurisdictions love nothing more than working 12 hours a day, six days a week for no reason at all other than the joys of tax momentum. It is equally puzzling that there is no mention of any relevant context, such as the fact that the project grew out of unfinished business from the BEPS Project, particularly Action 1 and Action 3, and that the overall timeline for the project was driven in large part by the increasing proliferation of digital service taxes and other unilateral measures (including aggressive audits), further resulting in increased trade tensions. It was and is the objective of the two-pillar solution to stabilize the international tax system, tax net income (and not gross receipts), bring more tax certainty, and avoid uncoordinated unilateral measures—and do so within the timelines necessary to achieve this. But no, it’s all down to the clearly addictive and highly intoxicating joys of tax momentum.

Morris further explains that the Model Rules draw a distinction between refundable and nonrefundable tax credits, which indeed they do. As a bonus, he explains how this line drawing exercise came about, saying, “Well, honestly, the real answer may be good negotiating by countries with pre-existing refundable tax credits or grants. The given reasons, however, are less convincing.”

Clearly, on this point, Morris is no friend of either the current or the previous administration, given that the line drawing he describes on tax credits was discussed in the run up to the Pillar Two Blueprint published in October 2020. The line drawn in the Blueprint was the same as that in the Model Rules. It’s also a bit curious why Morris feels that on this issue, there was no business consultation or opportunity to provide input when the Blueprint issued for consultation was published over a year before the adoption of the Model Rules.

It’s equally curious why the article fails to enumerate any of the main reasons that underpin the distinction between refundable and nonrefundable tax credits. The starting point is that Pillar Two uses financial accounting as a basis to determine a jurisdictional effective tax rate. The use of financial accounting is a key feature of the rules and, as such, was widely supported by the business community. Financial accounting standards distinguish between refundable and nonrefundable tax credits based on their understanding of the different economic substance, with the former treated as income and the latter as a reduction in taxes. A similar distinction is made under US tax law for foreign tax credit purposes. (See TAM200146001.) The approach also avoids potentially difficult qualitative judgments that may well result in more complexity and disputes. We are not setting this out to convince anybody that this is the right line drawing but simply to provide full information and relevant context to explain why Inclusive Framework members came to this design.

Also, Morris’ ready-made and “simple” solution of picking “good” and “bad” incentives on some qualitative basis brings its own challenges at the policy and conceptual level as well as at the administrative level, where each country would then need to take a view of whether the incentive offered by another country meets whatever definition of “good” incentive we are supposed to have agreed.

Let us be clear, while you might think we are perhaps belittling Morris’ article (guilty as charged, but he is a friend who will surely take it in his stride), we are not at all seeking to belittle the issue itself. This is a very complicated and challenging issue, and we in the Secretariat acknowledge and appreciate the constructive discussions on the issue with the US business community and representatives of both parties. 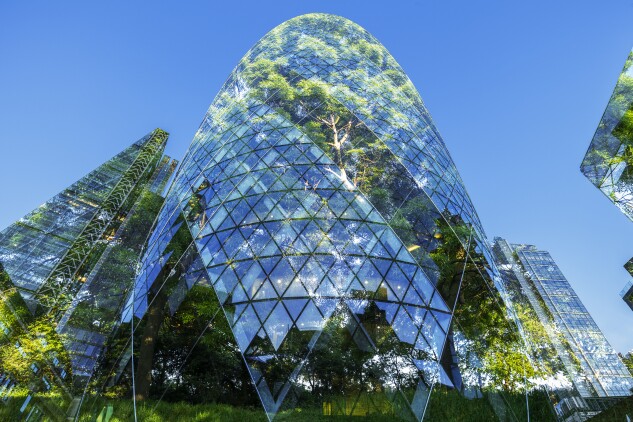 Let’s then turn to the observations on deferred tax accounting. Here again, Morris offers his insights, telling us: “Responding to business requests not to have a new system based on carryforwards, governments agreed to a modified deferred tax accounting base. But they also felt nervous—potentially in part because of a lack of understanding of how accounting works—so they created some harsh results which added to complexity and unfairness.”

Indeed, it is true that the starting point for the discussion on mechanisms to address timing differences was a carryforward system as set out in the Blueprint published in October 2020. There was broad consensus among delegates that a system of carryforwards was the better design from a policy perspective. The main challenge of incorporating a deferred tax accounting approach is that it allows a credit in the current year for taxes that are not paid in the current period but that may (or may not) be paid in the future, which may itself depend upon future events. It’s useful to have this feature of deferred tax accounting in mind to better understand the discussions that led to the Model Rules design. A pure deferred accounting approach would have given full credit for taxes that would only become payable at some future period. It was, therefore, always clear in the discussions with the Business Advisory Group, or BAG, and others in the business community that certain adjustments would need to be made to the amount of creditable deferred tax if the rules were to build on a deferred tax accounting approach, as advocated by the business community.

Of course, a much easier narrative is to blame any undesired outcomes on nervous delegates, with little or no understanding of accounting and who needlessly create harsh results while further topping it up with “complexity and unfairness.”

It’s also remarkable how governments managed to respond to business requests on a pretty fundamental design issue while there was “almost no business consultation.” In fact, there were business consultations following the publication of the Blueprint, and we held detailed discussions with stakeholders, including the BAG, on the aspects of the adjusted deferred tax accounting approach before the publication of the Model Rules. This is by no means to suggest that BAG members agree with the design of the model rules, that this is not a challenging issue, or that it was a perfect consultation process, but simply to note that open and constructive discussions did take place and are continuing.

Morris rightly points out that the Model Rules cap the benefit of the deferred tax attributes at the minimum rate, concluding that this results in an “inequitable treatment [that] will not, to put it mildly, encourage an open and trusting relationship between taxpayers and tax authorities.” Let’s start with the rationale for the rule design. It says that the current benefit for a tax that has not yet been paid will be limited to the minimum rate so that future taxes don’t create additional current shelter on other items of income. Nevertheless, the rules ensure that when the tax is actually paid at the statutory rate, the full tax is credited, a fact the article fails to mention. Again, that is not to suggest that commentators cannot criticize this particular rule design and/or its effects, including compliance implications, but it’s hardly a basis for sweeping predictions of tax Armageddon.

Concerning section 4.1.5, we will refrain from commenting while discussions with the BAG and government delegates on possible guidance are ongoing, as they are on other aspects identified in discussions with stakeholders, including in connection with the April public consultation. As a general matter, we don’t think that guidance is per se ineffective and non-binding, given in particular the role that it has been given within the context of the Model Rules as well as the European Directive.

Finally, attentive readers will have noticed that we have not commented on his last point regarding safe harbors and transition, where delegates fully understand the ask and the Working Party, with input from the BAG and wider stakeholders, is busy exploring solutions around safe harbors, simplifications including transitional aspects.

As Morris rightfully says, “time is short and much work needs to be done.” The Working Party is doing just that, with work underway on a guidance package, the filing and information exchange architecture, safe harbors, and simplifications, as well as a clear system of rule coordination including exploration of the possibilities of dispute resolution mechanisms based on input from stakeholders including the constructive and insightful joint contribution by Professors Danon, Maisto, Gutmann, and Jimenez.

We in the Secretariat welcome all contributions to the work and seek to be open to all those wishing to engage. It is members of the Inclusive Framework that decide how they wish to design the pillar, which also explains why we refrain from making any substantive suggestions here. However, we would humbly request that those that have been closely involved in this work for many years attempt to present a more comprehensive picture as they make their arguments, especially when they strive—just as we do—to make Pillar Two work.

The views expressed in this article are the personal views of the authors and do not necessarily reflect those of the OECD, the Inclusive Framework, or its Members.

Pascal Saint-Amans is the director of the Centre for Tax Policy and Administration at the OECD. Saint-Amans, a French national, joined the OECD in September 2007, where he played a key role in the advancement of the OECD tax transparency agenda in the context of the G20. Prior to his appointment as director, he was the head of the Global Forum on Transparency and Exchange of Information for Tax Purposes.

Achim Pross is the head of the International Co-operation and Tax Administration division within the OECD’s Centre for Tax Policy and Administration. He has responsibility for the Standard for Automatic Exchange of Financial Account Information in Tax Matters (Common Reporting Standard), tax challenges arising from the digitalization of the economy, BEPS actions, and work on tax administration, tax certainty, and countering tax and other financial crimes. He joined the OECD in 2001.

John Peterson is head of unit at the OECD responsible for the work on Pillar Two. He joined the OECD in 2013 prior to the launch of the OECD/G20 BEPS Project to lead the work on hybrid mismatch arrangements.

John Peterson
OECD
Document
Statement on a Two-Pillar Solution to Address the Tax Challenges Arising From the Digitalisation of the Economy
Document
Members of the OECD/G20 Inclusive Framework on BEPS
Document
Pillar Two Model Rules Fact Sheets
Let’s Use the ‘Hungarian Hiatus’ to Get Pillar Two Back on Track
© 2023 Bloomberg Industry Group, Inc.
All Rights Reserved