The federal trial against reality television stars Todd and Julie Chrisley kicked off in Atlanta, Ga., last week. Todd Chrisley, known for his blunt, “tell it like it is” parenting style on USA Network’s “Chrisley Knows Best,” allegedly wasn’t so straightforward with his finances.

According to prosecutors, the Chrisleys conspired to defraud banks by using false information to obtain a bank loan and failed to pay taxes on their income. In 2019, a federal grand jury indicted the pair on multiple counts of conspiracy, bank fraud, wire fraud, and tax evasion. 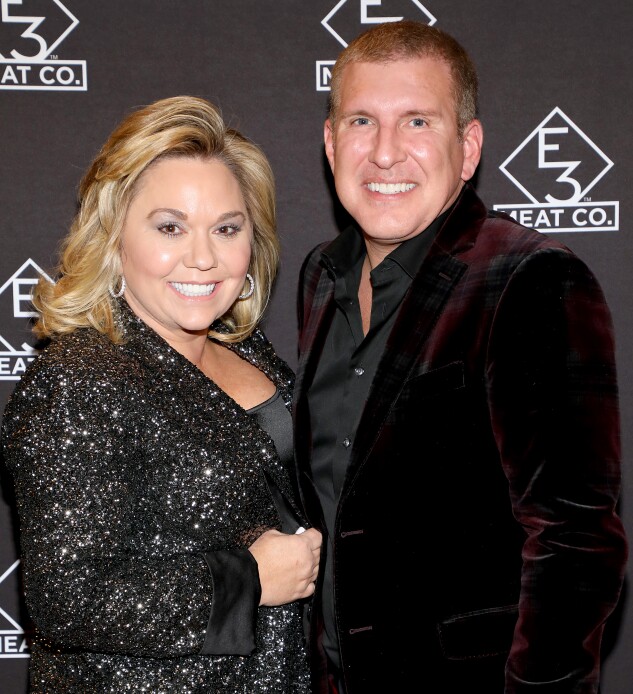 US Attorney Byung J. “BJay” Pak said at the time of the indictment, “Celebrities face the same justice that everyone does.”

That justice could involve anything from audits and liens to prosecution and jail time. While ordinary taxpayers like you and me may not have as many zeroes to manage in our bank accounts, we have the same basic reporting and filing obligations. Here are some lessons you can learn from reality stars who have wrangled with the IRS.

Despite publicly displaying their wealth, the Chrisleys allegedly didn’t timely file income tax returns for several years. If that story sounds familiar, you’re not imagining things. Some of the accusations mirror those previously directed at “The Real Housewives of New Jersey” stars Teresa and Giuseppe “Joe” Giudice. The Guidices made news in 2013 when they were indicted on dozens of felony counts, including conspiracy to commit mail and wire fraud, bank fraud, making false statements on loan applications, and bankruptcy fraud—all while lavishly spending in front of the camera. The charges also include separate charges for Joe for failure to file federal income tax returns. After initially pleading not guilty, the couple pleaded guilty to many charges, with Joe also admitting his failure to file a tax return.

In 2014, Teresa was sentencedto 15 months in federal prison while Joe was sentenced to 41 months—both were also ordered to forfeit assets and pay fines. In 2019, Joe, who was not a US citizen, was deported to Italy.

The penalties for willful failure to file a federal income tax return under Section 7203 of the Tax Code can include fines, prison, or both. For taxpayers who merely miss the deadline, things are a little easier, usually resulting in a financial penalty of 5% of the unpaid taxes for each month or part of a month that a tax return is late, up to 25% of your unpaid taxes. The easiest way to avoid such problems? File your tax return on time, snagging an extension if you need one, even if you can’t afford to pay.

The Chrisleys were indicted alongside their former accountant, Peter Tarantino, who faces one count of conspiracy to defraud the United States and two counts of willfully filing false tax returns. Tarantino’s attorney claims that the number cruncher wasn’t a criminal, but merely unqualified, noting that he had failed the CPA exam many times over 20 years and was “over his head” when dealing with finances.

Blaming advisers for financial and tax problems isn’t new—in 2011, Ozzy and Sharon Osbourne of MTV’s “The Osbournes” were socked with a $1.7 million tax lien. Sharon Osbourne suggested to fans that her tax issues resulted from mistakes made by someone she paid to manage her financial affairs, tweeting out:

Osbourne followed up a few days later, tweeting, “You can’t rely on anyone but yourself. You have to be on top of your own business affairs. My fault........lesson learned.”

The Osbournes, who weren’t charged with any misconduct, paid off the lien.

You should indeed be able to trust those you hire, but it’s a mistake to simply hand over your financial keys and walk away. When you sign a tax return or other financial document, your signature matters. Review what you’re signing and ask questions. And if you don’t understand, ask again.

The feds allege that the Chrisleys hid money from the IRS rather than pay taxes. The indictment claims that the couple didn’t file or pay at all for the tax years 2012 through 2016, despite having available resources. In a February 2017 interview, Chrisley claimed, “Obviously the federal government likes my tax returns because I pay 750,000 to 1 million dollars just about every year, so the federal government doesn’t have a problem with my taxes.” However, the indictment claims that they made large personal expenditures on clothing and other items, instead of paying their taxes.

Similarly, Mike “The Situation” Sorrentino of MTV’s “Jersey Shore” was accused of taking money from companies he controlled to pay for personal expenses like “high-end vehicles, purchases of high-end clothing, and personal grooming expenses” but claimed that they were legitimate business expenses.

Sorrentino and his brother, Marc, both pleaded guilty to tax evasion charges in 2018 and were sentenced to prison and restitution.

The IRS is willing to work with you if you can’t pay your taxes because you are experiencing financial difficulties. That can range from a temporary hold on collections activity—sometimes called “currently not collectible"—to a payment plan or other agreement, like an Offer in Compromise. But they expect you to be honest about your resources—lying to avoid paying your taxes can land you in big trouble.

The Chrisley trial is ongoing, and Todd and Julie Chrisley have pleaded not guilty to all charges.

In 2019, Todd took to Instagram to address the charges, blaming a former employee seeking revenge. At the time, Todd declared that “once we had a chance to explain who he was and what he’d done to us, they [the US Attorney’s office] realized it was all a bunch of nonsense and they sent him on his way.” Clearly, that didn’t happen.

After the indictment had been announced, Thomas J. Holloman III, special agent in charge of the Atlanta Field Office, said the case should serve as “notice that the Internal Revenue Service has zero tolerance for individuals who attempt to shirk their tax responsibilities.”

That’s good advice—with the understanding that the IRS typically targets those suspected of willful behavior. Holloman explains, “This action is also part of a much larger and coordinated effort by the IRS and Department of Justice to aggressively find and crack down on individuals who try to conspire with others to hide their income and then lie to federal agents when confronted. Honest and law abiding taxpayers are fed up with the likes of those who use deceit and fraud to line their pockets at their expense.”