So, your client calls you and says they have a great idea for reducing their tax liability. You steel yourself while raking the sand in your desktop Zen garden and practicing that box breathing technique you’ve been working on. Of course, it’s the most harebrained scheme you’ve ever heard—the kind that makes you imagine what your client would look like in a bright orange jumpsuit. You say it’s a bad idea before hanging up to reflect on your career choice—but what do you do now?

The Shields of Privilege

You would think the issue of the metes and bounds of attorney-client privilege would have been well worked out by now. But the question of whether a communication containing both legal and non-legal advice is subject to the privilege, where legal advice was a significant purpose behind the communication, is currently before the Supreme Court. Clearly, there remain some open questions.

Attorney-client privilege is held by the client where there is an attorney, a client, a communication, anticipated confidentiality, and legal advice—but not business advice or personal communication. Section 7525 of the Internal Revenue Code operates in a similar fashion to extend confidentiality to communications involving tax advice between a client and a federally authorized tax practitioner. The statutory language of Section 7525 explicitly sets the general rule as extending the same protections and confidentiality “which apply to a communication between a taxpayer and an attorney.” Tax practitioner privilege also doesn’t extend to communications regarding return preparation or documents supporting data on a return. Finally, the privilege does not attach in criminal tax matters.

In situations where there are multiple purposes for a communication—say a discussion of tax advice that derails into business advice and personal communications—the purpose must be ascertained. The aforementioned case before the Supreme Court involves tax advice but looks at the attorney-client privilege and asks if the relevant question is whether the “primary purpose” or “because of” test should be applied. In other words, was the primary purpose for the communication legal advice pertaining to tax, or was the communication only created because of legal advice pertaining to tax? It’s a subtle but important distinction for practitioners.

Other pending litigation may help illustrate where the line of liability may exist for lawyers and tax practitioners. Karl Racine, the attorney general of Washington, D.C., earlier this year announced a tax fraud lawsuit against Michael J. Saylor, a billionaire resident of...well, that’s the problem. Saylor claimed his residency was in Florida, but he docked his superyacht in Washington and generally made public his residency in the nation’s capital, Racine alleged. Saylor avoided about $25 million in taxes by claiming he was full time in the Sunshine State, Racine alleged, while living in D.C. significantly more days out of the year than the 183 required to trigger tax obligations there.

All of that is more or less boilerplate rich guy tax fraud. But the interesting bit is that the attorney general is also suing Saylor’s company, MicroStrategy, under the city’s False Claims Act, alleging that the company knew Saylor was a D.C. resident, but instead of reporting his true residency and withholding the required taxes, the company conspired to facilitate his fraud. The suit alleges Saylor was open and obvious about his residency and that MicroStrategy provided flights and personal drivers for his transportation, as well as security—in Washington. The complaint also charges that the company further entered into an agreement to obscure his salary behind tax gross-ups and fringe benefits. The FCA carries treble damages.

Leaving aside some of the specific facts, and assuming the company only knew of Saylor’s whereabouts owing to his use of a company car and security, did the company have an obligation to do more than it did? Should it have refused to agree to his scheme and, if he didn’t consent to truthfully report his own residency, report him? It is worth noting that Saylor controls a majority of MicroStrategy’s shares. 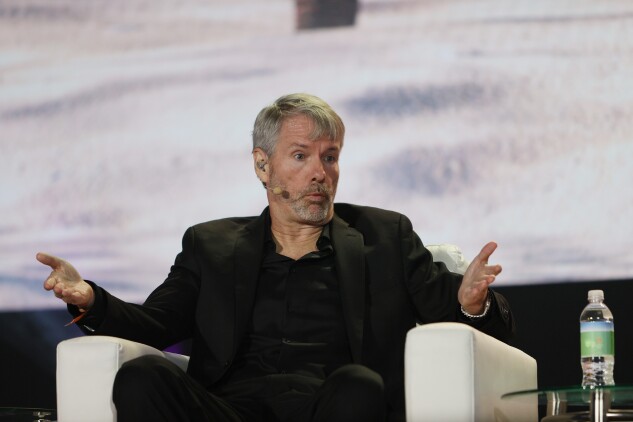 The National Defense Authorization Act is almost certainly going to pass for fiscal year 2023. When it does, it likely will contain the ENABLERS Act, an anti-corruption bill intended to place anti-money laundering obligations on professional service providers such as lawyers and tax practitioners. The obligations arrive on their doorstep by being tied to the concept of gatekeepers of the financial system—professionals likely to be tasked with entity formation, service of process, managing, advising, consulting, payment processing, and management of capital for an entity. If that sounds like you and just about everyone else, you’re not alone; it has been regarded as overly broad and even specifically calls out “art dealers.”

The requirements on these gatekeepers are similarly broad. Put plainly, they’d be required to report suspicious transactions, establish anti-money laundering programs and due diligence policies, and verify identities.

In sum, we’re in a liminal space. The landscape of reporting and confidentiality, obligations, and privileges is in flux. Tax practitioners need to stay informed with not just the outcomes of the aforementioned cases, but also with the general equipoise between privilege and obligation. It currently appears to be leaning toward decreased privilege and increasing obligations to report wrongdoing, a change that necessitates a reexamination of other aspects of practice.

Keeping communication advisory. To the extent it is under your control, it is advisable to keep personal and business communications separate from advice carrying an expectation of privilege. This is obviously not always possible, but being upfront with clients that privilege is a concern where a communication has dual purposes can go a long way toward curtailing “How was your weekend?” emails that devolve into “Should I buy an alpaca farm?”

Practicing good information hygiene. The balance here is between receiving more information than you require to provide your advice and your stifling candor by scaring a client into thinking everything they say to you may be dumped into a memorandum sent to the attorney general. That line has to be walked with each client, but being mindful that the line exists is a step in the right direction while we await more clarity.

This is a regular column from tax and technology attorney Andrew Leahey, principal at Hunter Creek Consulting and a sales suppression expert. Look for Leahey’s column on Bloomberg Tax, and follow him on Twitter at @leahey.