An Internal Revenue Service office is focused on gathering feedback as it puts into place a law making changes to the agency.
Photographer: Zach Gibson/Getty Images

The Internal Revenue Service’s main focus heading into 2020 is implementing the Taxpayer First Act, a law intended to broadly redesign how the agency interacts with taxpayers, handles appeals, and deploys new technology.

The law (Pub. L. 116-25), signed in July, came more than two decades after the last comprehensive IRS overhaul legislation was signed. It mandates the creation of an independent Office of Appeals to resolve taxpayer disputes and requires the Treasury Department to provide Congress with a written plan for reorganizing the IRS by Sept. 30, 2020.

The agency launched a new office in late August to help guide the implementation of these changes. The Taxpayer First Act Office “is sitting at the right arm of the commissioner,” said IRS Chief of Staff Lia Colbert, who leads the office.

“It is the top priority for the agency,” Colbert told Bloomberg Tax in an interview.

Nearly six months after the law’s enactment, the approximately 20 individuals who make up the office’s staff are still mulling a path forward for the law’s provisions.

Before deciding on an approach, the office wants to hear from the private sector, lawmakers and congressional aides who worked on the legislation, and its own employees, Colbert said. The office in November launched a webpage where people can submit their comments.

This initial information-gathering stage will last until at least January or February, Colbert said. Then in the spring, the office plans to analyze the feedback it gets to devise a comprehensive plan for how to proceed, she said.

“We really want to let the data and information drive how this goes,” Colbert said. 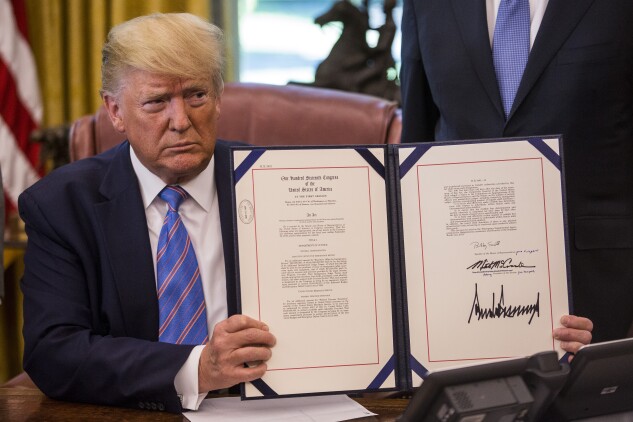 Many of the law’s provisions, including measures to improve IRS training and customer service, will require the agency’s information technology teams to build out new capabilities. That increases the need for additional resources, said Rob Ragano, the Taxpayer First Act Office’s project director.

Lawmakers in both chambers have indicated they are open to increasing the IRS budget for fiscal 2020, but Congress is still working to reach a funding deal before a Dec. 20 deadline.

Former IRS Commissioner John Koskinen said he hopes the law will improve the dialogue between Congress and the IRS over the agency’s budget and the cost of improving service to taxpayers.

“It’s been too easy for some members of Congress to say, ‘Well they’ve got $11 billion, they ought to be able to do everything with that'—ignoring the fact that they used to have $12 billion and their demands have gone up, not down,” he said.

The IRS got $11.3 billion from Congress in fiscal 2019. The agency in 2010 received about $12.1 billion, which translates to more than $14 billion today when adjusted for inflation.

The Taxpayer First Act Office has already started to get some initial feedback on the law.

Groups like the American Institute of CPAs and the National Association of Enrolled Agents have suggested that a potential IRS reorganization can include the creation of a division to act as a liaison between practitioners and other parts of the IRS. Those groups view a dedicated practitioner services division as something that could allow tax professionals to resolve clients’ issues more easily.

The idea is something that IRS Commissioner Charles Rettig has said he is considering.

There are already employees at the agency who work with third parties that assist and represent taxpayers—such as enrolled agents, tax software providers, and payroll providers. The IRS should be able to consolidate them into a single division without requiring too many additional resources, said Jeff Trinca, vice president of Van Scoyoc Associates in Washington and a member of NAEA.

Trinca compared the potential practitioner services division to the creation of the Treasury Inspector General for Tax Administration during the most recent IRS restructuring in 1998. Trinca, who was chief of staff for the National Commission on Restructuring the IRS at that time, said that was done with existing resources.

‘Mix Your Staff Up’

It is possible that the Taxpayer First Act Office will like several of the ideas it receives and present more than one option for IRS leadership to choose from as it decides how best to implement the new re than just take comments from outside stakeholders.

The IRS has pulled together “top-notch people” from within the agency to work in the Taxpayer First Act Office, he said. But he suggested the agency should also hire—as consultants or contractors—individuals from outside of the agency, such as tax practitioners, union representatives, and executives of financial institutions to bring a fresh perspective to the process.

“If you’re going to have better processes that respond to taxpayer and practitioner needs, then you need to mix your staff up,” Trinca said.

To contact the reporter on this story: in Washington at aversprille@bloombergtax.com