It’s no surprise that in 2021, Insights readers were acutely dialed into commentary about Covid-19 workplace vaccine mandates and criminal justice conversations accelerated by the murder of George Floyd. They were also interested in the future of cryptocurrency—a topic that produced our No. 1 most-read piece of the year. Here’s a look back at our top 12 pieces of 2021 and the topics that resonated with you most.

Our No. 1 Insight was by Dallas-based appellate attorney Carl Cecere, who examined the potential impact of Securities and Exchange Commission regulation of cryptocurrency in the U.S. Cecere focused on a lawsuit filed by the SEC at the end of the Trump administration against the enterprise software company Ripple, creator of the digital currency XRP. He called on Biden’s then-incoming SEC leader to avoid regulating crypto as a security, and said the enforcement action was a mistake that could stymie the development of cryptocurrencies in the U.S.

Contacted in mid-December for this story, Cecere was happy to hear about his top spot. But he said he wasn’t all that surprised. “People seem really hungry for news on cryptocurrencies right now. And its easy to understand why: The SEC’s moves in the Ripple case have created a lot of uncertainty that is of great concern to crypto buyers, even as crypto currencies have become more popular than ever. I hope my article was able to shed a little light on the topic.”

Our No. 2 Insight published in January, just as the Covid-19 vaccine became available for the first time and questions swirled about whether employees could be required to get it. Baker & Hostetler’s Nancy Inesta and Amy Traub looked at legal considerations for businesses if their employees refuse mandated vaccines.

A year later, employers are still looking for answers. “At the start of 2021, many companies were looking to vaccines as a way of returning the workplace to some semblance of normalcy,” Inesta said in mid-December. “Here we are nearly a year later and despite recent legislation that requires certain employers to develop vaccination policies that either promote or require vaccination, companies are still grappling with the legalities, as well as other issues, related to mandating Covid-19 vaccination for workers.” 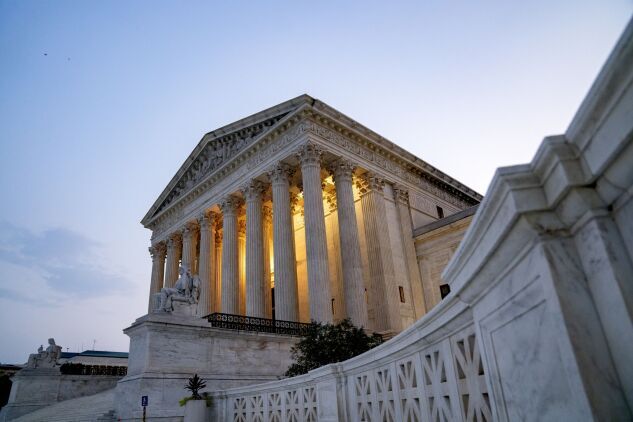 Coming in at No. 3 was a piece about Fourth Amendment rights. Joshua Windham, a lawyer with the Arlington, Va.-based Institute for Justice, teamed up with his colleague Daryl James, to examine the case of Travis Tuggle, who was monitored by police cameras mounted on poles near his home in Matoon, Ill., for 18 months without a warrant. His attorneys sought U.S. Supreme Court review of his case. (The government has been granted until Jan. 12 to respond to Tuggle’s cert petition).

Windham told us he thinks the piece resonated because “Americans intuitively understand that the government’s conduct in this case ... is deeply invasive, and that conducting that sort of surveillance without a warrant is precisely the sort of thing the Fourth Amendment is supposed to protect us from.” Under the Supreme Court’s current approach to these issues, he says, “our right to be secure from warrantless searches will continue to fade away as the government’s surveillance capabilities expand. When the government gains the ability to spy on more and more of our lives, more of that spying should have to comply with the Fourth Amendment—not less.”

We thought readers would be searching for guidance from top labor attorneys about workplace vaccine mandates and, boy, were we right. Collectively, five of our top 12 Insights addressed legal issues with Covid-19 vaccine mandates. As Duane Morris labor partner Jonathan Segal said in one of his pieces, vaccine mandates “became the rule and not the exception as data showed they are highly effective against hospitalization and death.” But nothing is ever clear-cut, he said, and attorneys will still need to tell clients “it depends” when it comes to handling employees who refuse vaccinations. 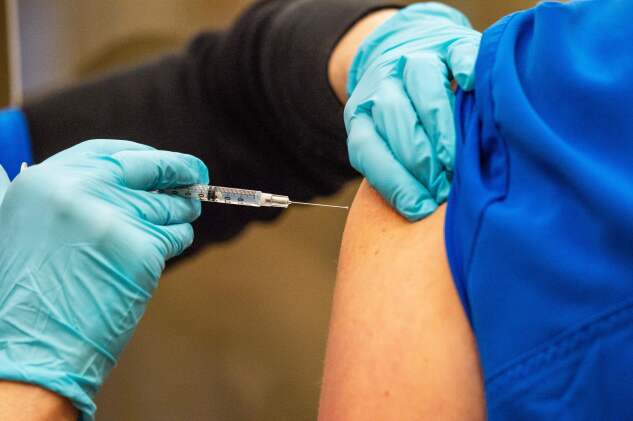 On this topic, the No. 4 Insight was written by Cozen O’Connor’s James Sullivan. He was optimistic that President Biden’s executive order to OSHA for an emergency temporary standard (ETS) requiring a Covid-19 vaccination for private employees would be enough to boost vaccination rates, even if it ultimately struck down by the courts.

The next most-read piece, landing the No. 5 spot, was Alston & Bird partner Charlie Morgan’s look at the questions that OSHA was hopefully grappling with as it finalized its ETS.

And Jonathan Segal had three Insights, No. 6, No. 7, and No. 10, addressing potential preemption clashes that employers face between state and federal mandates, how to respond to employees who refuse vaccines, and outlining worries employers have about whether vaccine programs are even legal.

Coming in at No. 8 was an Insight by Arent Fox partner Peter R. Zeidenberg calling for the Biden administration to reevaluate the Trump administration’s “China Initiative” aimed at stopping the theft of trade secrets by China. He explained that Justice Department prosecutors were “given marching orders” to bring cases involving economic espionage involving China. Finding few such cases, he said, they instead began targeting Chinese-American professors—even with no evidence they improperly shared any intellectual property with China.

Next, in a piece that landed at the No. 9 spot, Alston & Bird partner Eileen Scofield called for the Biden administration to roll back Trump administration policies at the U.S. Customs and Immigration Services that were designed to “deter, delay, and deny” application processing to enter the U.S. One example she gave was of USCIS requiring time-consuming, complicated, and repeated biometric “fingerprints” of children and spouses of those already here legally. 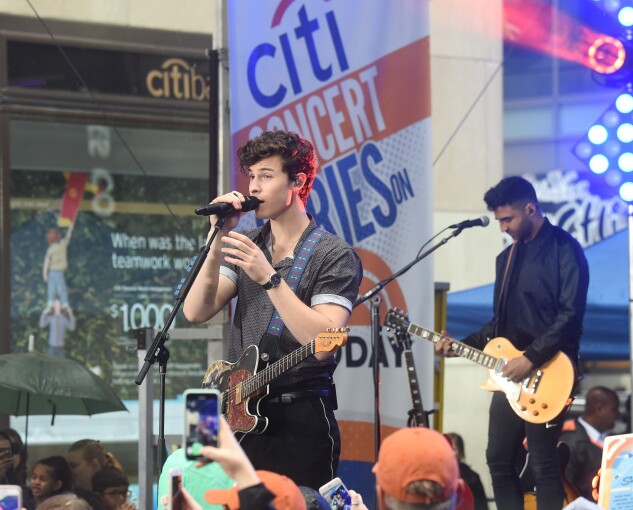 Sean Mendes performs at the Citi Concert Series on TODAY at Rockefeller Plaza on June 1, 2018.
Photo by Jamie McCarthy/Getty Images for Citi

The No. 11 Insight explained the sudden popularity of NFTs—non-fungible tokens. Carly A. Kessler, an attorney with Robins Kaplan, noted that a growing number of artists—like Kings of Leon and Sean Mendes—and music publishers are using the technology to assert more control over copyrights and to monetize their craft.

Finally, our No. 12 Insight recommended that the Supreme Court should have 15 justices. Tonja Jacobi, Northwestern Pritzker School of Law professor, and Matthew Sag, professor at Loyola University Chicago School of Law, said this would require a new law, not a constitutional amendment, and it would allow the court to take many more cases and address urgent issues it now neglects. (And see Fix the Court Executive Director Gabe Roth’s more recent Insight arguing how the Presidential Commission on the Supreme Court ended up disappointing everyone.)

First, our three-part “Making Partner in a Pandemic” series spotlighted the personal stories of 21 young attorneys who made partner in 2021, during the pandemic. (Also check out Part II and Part III.) Many of them shared firsthand accounts of how they adapted to Covid-19 and also their responses to the social justice issues percolating in recent years. For instance, Akerman LLP’s Donnie King wrote about how he adjusted to working remotely, but added that the toughest challenges he faced were personal ones. They included the loss of his grandmother to Covid-19 and the emotional impact caused by the harassment, abuse, and murder of unarmed Black Americans.

In a second series, we featured advice from 10 young attorneys to summer associates on how to ace it as a summer associate. (Also see Part II). Our contributors gave practical tips like how to handle the isolation of working remotely, how to use Zoom to meet other attorneys and find mentors, and even how to decide what practice area is a best fit. And Greenberg Traurig associate Sobeida Peralta offered some sage advice in a tough year: “First, you must realize that you belong wherever you end up working...you have earned the position and space you are occupying.”

Our Insights also tracked crucial topics like criminal and social justice issues spurred by the murder of George Floyd and others. Our contributors weighed in on the state of legal education and the implementation of the bar exam in a remote world. They also tackled corporate diversity efforts.

Candace McCoy, professor at John Jay College of Criminal Justice analyzed oral arguments in a Supreme Court case on the legality of New York’s strict gun licensing law. She argued that the Supreme Court should reject originalist arguments because current social conditions are so different than the 1700s, particularly how Americans today carry handguns in public out of fear and erroneously believe it will make them safe. McCoy also penned a well-read Insight during the trial of Derek Chauvin explaining why he should plead guilty.

In another popular Insight on criminal justice, Arthur Ago and Rochelle Swartz at the Lawyers’ Committee for Civil Rights Under Law, analyzed a May Supreme Court decision, Jones v. Mississippi, that put life sentences for children “fully back on the table” and eliminated the need for a sentencing judge to determine if a child is irredeemable. They decry the Supreme Court for “delegat[ing] complete responsibility for setting standards for sentencing youthful offenders to the states.”

And civil rights attorney Jilisa Milton’s Insight, Criminalization of Protest in the Fight for Racial Justice, explored the growing number of states introducing laws to hold protesters criminally and civilly responsible for property damage that occurs during protests. Milton, co-founder of Black Lives Matter Birmingham Chapter, said at least 36 anti-protest laws have been enacted, and at least 50 are still pending. Milton also wrote a popular Insight in November on jury selection issues in the trial of Ahmaud Arbery’s killers in Georgia.

In the legal education space, four women law professors wrote a piece that addressed the bar exam’s differing impact across race. The authors, members of the Collaboratory on Legal Education and Licensing for Practice, said “stark racial disparities” in bar exam results continue to hamper diversity in the legal profession. They cited a study supporting the idea that the bar exam is a test of resources, not competence, and that many minority group members are disadvantaged in taking it. Alternative and fairer routes to licensing exist, they argued.

A Roadmap for Corporate Diversity

Our Insights also addressed the dire need for and advice on increasing diversity in corporations.

WilmerHale partner Ronald Machen, Spencer Overton, president of the Joint Center for Political and Economic Studies and George Washington University Law Professor, and WilmerHale associate Cadene Russell teamed up to write about how companies could address systematic bias while minimizing legal risks. The Insight came on the heels of a new toolkit they jointly created for companies intent on diversifying their ranks.

Undoubtedly many of you are reading during a holiday vacation, after making it through a year that caused all of us more than a little bit of stress.

We look forward to publishing more of your insightful commentary on the top legal and societal issues of the day in 2022. Happy holidays!

Interested in writing for Insights? Send your ideas to Insights@bloombergindustry.com.

To contact the reporters on this story: at lhelem@bloombergindustry.com; in Washington at lrockelli@bloomberglaw.com