The good graces Republicans extended to labor secretary nominee Marty Walsh aren’t likely to be reprised when Su, the California labor secretary, faces a hearing to be No. 2 at the U.S. Labor Department. The same reasons that motivate progressives to herald Su as a worker justice visionary are inspiring the management community to mobilize against her.

GOP lawmakers are gearing up to try to derail the California labor chief’s nomination, which the White House sent to the Senate on Saturday, several business lobbyists said. The main questions are how aggressive they’ll be—Republicans are distracted trying to block a few higher-profile Cabinet picks—and whether it will affect the endgame in a chamber where Democrats can confirm Su without Republican support if no one breaks ranks.

There aren’t signs that a single Democrat would vote against Su, whose nomination received widespread support from Asian lawmakers, worker rights groups, and union leaders.

But when Su’s moment before the Senate labor panel arrives, she’ll face a grilling over her responsibility in leading a state bureaucracy that has paid out at least $11 billion in fraudulent unemployment insurance claims and took months to begin correcting its mistakes.

Her oversight of California’s unemployment benefits system is fair game for Senate questioning, even though sophisticated fraud rings have preyed on state jobless aid systems across the U.S. during the pandemic. And yet opposition to Su runs deeper.

One talking point is that Su, known as an ardent worker advocate and innovative wage-enforcer, could assume an outsized policy and regulatory role if confirmed. Some even see her as becoming the de facto labor secretary, while the pragmatic Walsh—who awaits Senate floor time and a final confirmation vote—is cast as DOL’s public face and final arbiter.

The business lobby’s paranoia about progressive labor policy shouldn’t be discounted, but this point may have merit.

Look no further than the words of Rep. (D-Calif.), chair of the Congressional Asian Pacific American Caucus. In a recent interview with Vox, she described Su’s initial reluctance to accept the White House’s offer of second-in-command, rather than secretary:

“Julie wanted to make sure that she would have the ability to concentrate on her areas of expertise, which is low-wage workers, the undocumented, and wage theft,” Chu said in a Feb. 5 interview. “She had a talk, which the Biden administration arranged, with Marty Walsh. And she was very pleased to see that he was very open and enthusiastic about her role. That’s what led her to say yes to being a deputy secretary.” 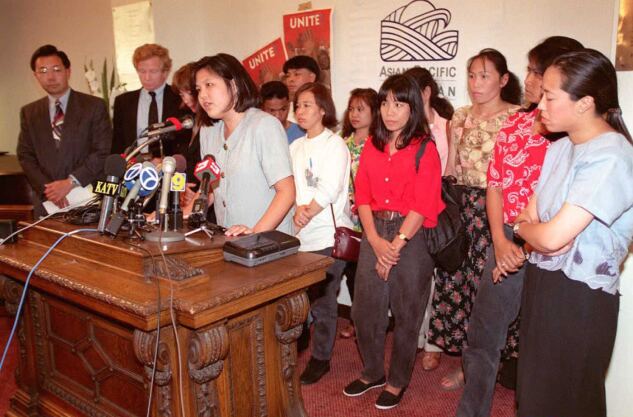 Julie Su, as a human rights attorney in 1995, announced a federal lawsuit on behalf of Thai immigrants who accused suburban Los Angeles garment makers of holding them in involuntary servitude.
Photographer: Dan Groshong/AFP via Getty Images

If Su is confirmed, the remarks from one of her top congressional allies suggest she’d take on the type of policy-focused portfolio that would thrill her progressive champions, who’ve followed her career since she freed and successfully defended 72 enslaved Thai garment workers in the 1990s.

But what this is all about is the business lobby’s fear that Su could import California’s worker-protective labor policies to the federal level—probably much more than claims of bureaucratic ineptitude in warding off unemployment insurance fraud.

Ian Kullgren: Biden’s selection of Pronita Gupta to be one of his top labor advisers signals that the White House is poised to ramp up its social-justice response to the Covid-19 pandemic—including potentially advocating for permanent paid family leave.

Gupta, who until recently served as director of job quality at the Center for Law and Social Policy, has a reputation in liberal circles as a leading authority on paid leave. Allies say she’ll focus on the intersection of worker assistance and low-income families.

“There’s a whole invisible group of workers who ensure that the rest of the economy functions,” Gupta told Reuters. “If we actually build policies around those workers, actually all workers benefit at the end of the day because it trickles up.”

That “trickle-up” philosophy has placed Gupta far to the left on some key issues. For example, she opposed a paid-leave compromise from Sens. (R-La.) and (D-Ariz.) that would have given new parents $5,000 in child tax credits under an accelerated schedule, likening it to a loan that would burden low-wage parents.

Gupta, who was deputy director of the DOL Women’s Bureau under former President is known for a laser focus on the effects policies have on people of color and marginalized workers.

“She is grounded in values around creating opportunity and equity, but particularly for low-income families and people of color, and for women,” added Vicki Shabo, a senior fellow at New America.

If the states win, preserving the program for undocumented immigrants who came to the U.S. as children will be the sole focus of the administration’s immigration legislation efforts, leaving work visa programs on the back burner indefinitely, immigration attorneys say.

The administration seems to want to make a lot of changes to workplace immigration, but it’s probably going to fall down the list a little, if it suffers a setback in the DACA case, said Susan Cohen, who chairs the immigration practice for Mintz, Levin, Cohn, Ferris, Glovsky and Popeo PC in Boston.

If the judge in the case rules that DACA is illegal, “all hell will break loose,” Cohen told Bloomberg Law. At that point, “DACA will be the number one priority.”

The state AGs are arguing that DACA must be set aside because the program did more than “announce a passive, non-enforcement policy” for recipients. Instead, it provides immigration relief in the form of work authorization and deferred deportation status, they said. 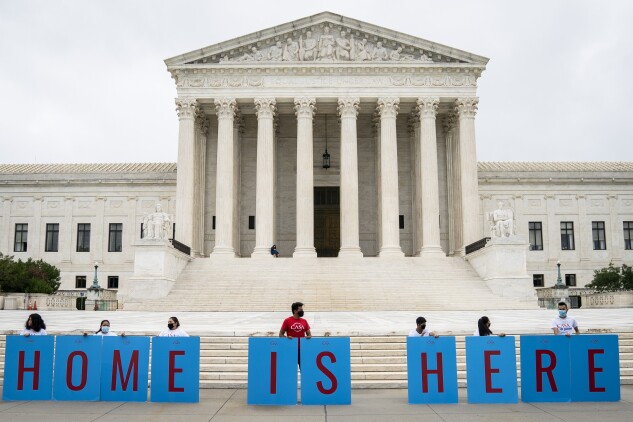 Judge of the U.S. District Court for the Southern District of Texas heard oral arguments in the case Dec. 22. A ruling is expected any day.

Biden has signaled a willingness to cover a lot of ground in the immigration sphere, including legislative solutions for the employment-based green card backlog, work authorization for spouses of H-1B skilled visa holders, and giving foreign students who earn advanced science and technology degrees in the U.S. a faster track to permanent residency.

But “with the Covid crisis overshadowing everything, and if DACA blows up, some of these things will fall lower on the action items,” Cohen predicted.