New York Attorney General filed the civil rights lawsuit on Thursday, less than a month after the mayor to adopt stricter police oversight following an that discovered widespread instances of excessive force by the New York City Police Department.

The state’s own probe found “an egregious abuse of police power” and leadership that was “unable or unwilling to stop it,” James said at a press conference announcing the lawsuit, filed in federal court in Manhattan. 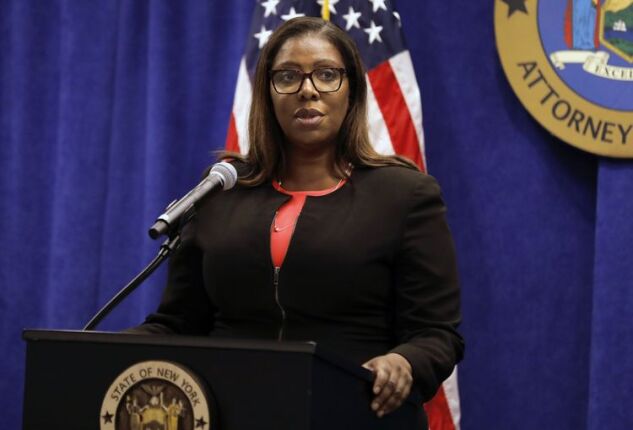 While it isn’t unusual for federal prosecutors to go after local police departments in civil rights cases, the lawsuit by New York pits two of the state’s most powerful Democrats against each other in court. In the suit, James seeks a ruling that would block the police from using excessive force or suppressing free speech, among other acts. She seeks a court finding that the behavior violated protesters’ First Amendment rights and asks for “systemic reforms” and a monitor to oversee the department’s policing tactics at future protests.

De Blasio said he and James were basically aligned.

“I met with Attorney General James yesterday and we have a common goal: Continue to drive major police reforms,” the mayor said in a statement, citing “major discipline reforms” he has already announced and all the recommendations in the city’s internal report. 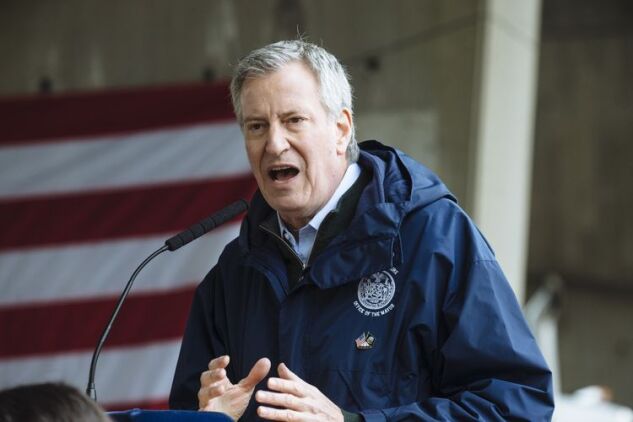 “That work is critical and is happening right now,” he said, adding that a lawsuit and the “bureaucracy” of a monitor wouldn’t speed it up.

, president of the Police Benevolent Association, which represents the department’s rank-and-file officers, said that police were under attack during the protests and that city leaders were to blame for any failures.

“They sent cops out to police unprecedented protests and violent riots with no plan, no strategy and no support,” Lynch said in a statement. “They should be forced to answer for the resulting chaos, instead of pointing fingers at cops on the streets and ignoring the criminals who attacked us with bricks and firebombs.”

As part of the attorney general’s inquiry, the PBA submitted extensive written testimony, including statements from injured police officers and input from Louis Anemone, a disorder control expert and former NYPD chief of department.

The NYPD said in a statement that it has “embraced the recent suggestions” from the city but rejects James’s proposed monitor as “adding another layer” that would slow “the process of continued reform.”

The lawsuit outlines what James calls a long history of bad policing of protests in the nation’s biggest city, including during anti-war rallies in 2003, the Republican National Convention in 2004 and the Occupy Wall Street protests in 2011. In 2015, the NYPD’s inspector general issued a report concluding that the department’s use-of-force policy was “vague and imprecise, providing little guidance to individual officers on what actions constitute force and providing insufficient instruction on de-escalation,” according to the suit. 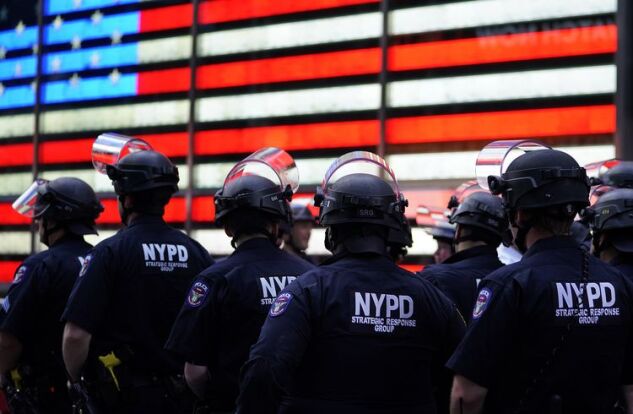 The same type of police behavior “was on public display” during last year’s Black Lives Matter protests in New York, James said at the press conference.

The suit, which also names the city, NYPD Commissioner Dermot Shea and Chief of Department Terence Monahan, includes dozens of examples of alleged use of excessive force. The state received more than 1,300 complaints and pieces of evidence through an online portal and a hot line, James said.

“Over the past few months, the NYPD has repeatedly and blatantly violated the rights of New Yorkers, inflicting significant physical and psychological harm and leading to great distrust in law enforcement,” she said in a statement. “With today’s lawsuit, this longstanding pattern of brutal and illegal force ends.”

The state’s claims mirror some findings from the city’s inquiry, which de Blasio requested. The most flagrant abuses included indiscriminate baton and pepper spray use, inconsistent enforcement of curfews and excessive crowd control that heightened tensions, the city determined.

The NYPD did have legal authority to make arrests for curfew violations to stop suspected looting but ended up arresting many who weren’t involved in criminal activity, the report said. Investigators found that some officers tried to hide their badge numbers and that enforcement decisions were often based on faulty intelligence and poor training.