The sun sets near the U.S. Capitol on Dec. 22, 2018 in Washington.
Photo by Tasos Katopodis/Getty Images

A pair of former Hogan Lovells litigators and pro bono leaders are starting a new civil rights-focused boutique in Washington.

The new firm will allow Katie Ali, who was a Hogan partner, and former senior associate Liz Lockwood to concentrate on the types of cases they’re most passionate about—police misconduct, prisoners’ rights and wrongful conviction cases—while also maintaining a small commercial litigation docket.

“For us, the pull to do this work full-time just got stronger and stronger,” Ali said. This is the time “to step up and heed that call.”

The timing couldn’t be better for the DC firm, according to the duo, given movements such as Black Lives Matter and the steady stream of would-be clients seeking help. They each helped lead Hogan’s pro bono practice in recent years and played roles in civil rights cases.

Lockwood worked as co-lead trial counsel in a $75 million jury verdict on behalf of two intellectually disabled brothers who spent three decades in prison after being wrongfully convicted of raping and murdering an 11-year-old girl. 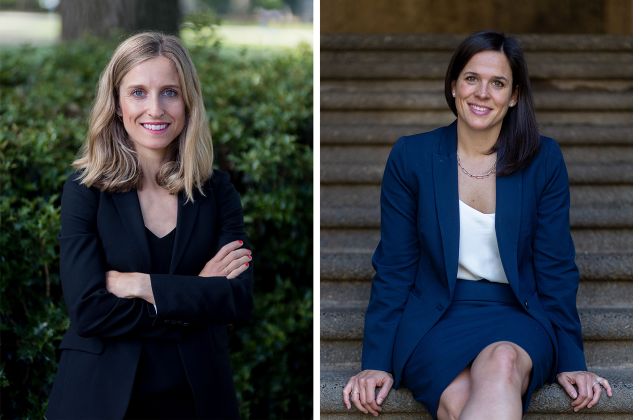 They handled a case involving Curtis Flowers, a Black man in Mississippi tried six times for the same crime. The US Supreme Court found a local prosecutor had unconstitutionally kept Black prospective jurors off the panels. The case was dismissed.

The new venture, located in Washington’s Capitol Hill neighborhood, isn’t likely to net them the same Big Law salaries they’ve grown used to, at least at first, Ali said. “We’re not going into this for the money,” she said.

But the common belief that it’s difficult to make it financially as a civil rights lawyer is a misconception, Lockwood said.

“We’re eager to make it palatable from a financial perspective and believe we can,” she said.

T. Clark Weymouth, who manages the firm’s pro bono practice in the Americas, said, “I will miss seeing them in our halls at the firm.” But he added, “This new venture will create additional opportunities for us to work together on impactful pro bono litigation matters.”

The two lawyers in the Flowers case “weren’t afraid to get their hands dirty,” whether that meant digging through case files in musty old courthouse offices or sleeping in “crummy motels” as tornadoes hovered nearby, said Tucker Carrington, director of the George C. Cochran Innocence Project at the University of Mississippi School of Law.

When Ali told Carrington of her and Lockwood’s plans, “I thought, ‘Yeah, this makes sense,’” he said. “It’s the right thing to do, but it takes certain types of people to recognize that.”