Covid-19 deaths are climbing in Hispanic communities even as cases across the U.S. are on the decline.

The two-week rolling death rate was 1.49 per 100,000 in highly Hispanic counties last Tuesday, a record high and about 55% higher than the broader U.S. figure.

The deaths persist even as fewer people fall ill: Case rates in such counties, where Hispanics account for about half of residents or more, have fallen since mid-January, mirroring the national trend, according to data from the U.S. Centers for Disease Control and Prevention. 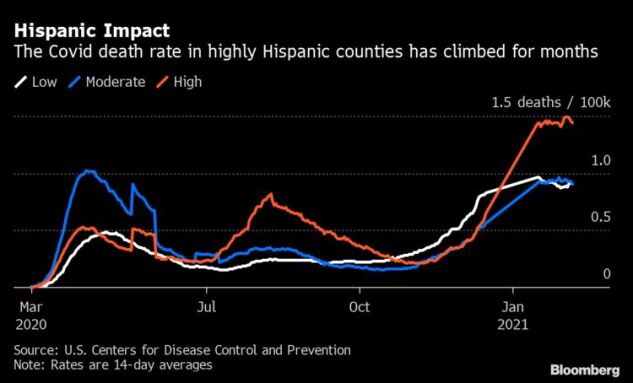 Part of the reason for the uptick may be California, where ...