Kentucky won’t pursue murder charges against the police officers in the death of Breonna Taylor, instead bringing lesser counts against one of the three men involved.

Former Louisville, Kentucky, police officer Brett Hankison was indicted by a grand jury Wednesday on three counts of first-degree “wanton endangerment” for firing his weapon into unidentified apartments but not specifically for shooting the 26-year-old Black woman. He faces as many as five years in prison for each count. Jonathan Mattingly and Myles Cosgrove, the two other officers involved in Taylor’s death, were not charged. 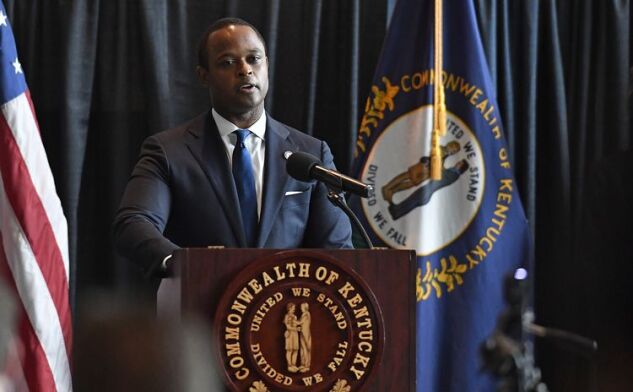 The grand jury’s decision outraged those who called for murder charges and made Taylor the center of the #SayHerName campaign highlighting police brutality against women. Protesters took to the streets of Louisville, which had been placed under a state of emergency, shortly after the decision was announced. Several had been arrested as of early Wednesday evening, well before a 9 p.m. curfew, Louisville Police Chief Robert Schroeder said during a press conference.

, a lawyer for Taylor’s family, issued a statement calling the outcome “outrageous and offensive” and “another example of no accountability for the genocide of persons of color by White police officers.”

At a press conference, Kentucky Attorney General Daniel Cameron called Taylor’s death a tragedy and said “justice is not often easy.” But he said there was no evidence Hankison was responsible for the gunfire that killed Taylor, who was shot in her home in March by police officers serving a warrant as part of a drug investigation.

Though much attention has been focused on the fact that the officers had a “no-knock” warrant, Cameron said a witness backed up the officers’ claim that they “both knocked and announced” themselves. “In other words, the warrant was not served as a no-knock warrant,” he said. The officers only entered Taylor’s apartment when there was no response. 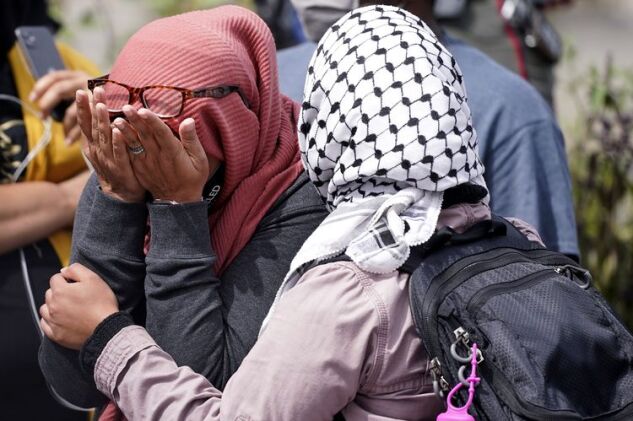 A woman reacts to the news reports in Louisville, Kentucky on Sept. 23.
Photographer: Darron Cummings/AP Photo

“Our investigation found Mattingly and Cosgrove were justified in their use of force,” Cameron went on. The two returned fired after Taylor’s boyfriend, Kenneth Walker, shot at them. No drugs were found in Taylor’s apartment, and the target of the investigation didn’t live with her.

David Leightty, an attorney representing Hankison, didn’t immediately respond to a voice-mail message seeking comment on the grand jury’s decision. Hankison was fired from the Louisville police force in June.

Kent Wicker, a lawyer for Mattingly, said: “The grand jury’s decision to not indict Sgt. Mattingly or Det. Cosgrove shows that the system worked and that grand jurors recognized and respected the facts of the case. The death of Breonna Taylor is a tragedy. But these officers did not act in a reckless or unprofessional manner. They did their duty, performed their roles as law enforcement officers and, above all, did not break the law.”

The American Civil Liberties Union criticized both the outcome and the slowness of the investigation. “The choice to bring these charges alone and so late highlights the indifference to human life shown by everyone involved in Breonna Taylor’s murder,” the group said in a statement. “That indifference was shown by the other officers who executed the no-knock warrant alongside Officer Hankison, Attorney General Cameron who took six months to bring these lesser charges, and the system that allows these injustices to happen regularly.”

Senator was one of several Democratic politicians who commented on the grand jury’s decision Wednesday, saying it showed the justice system was “beyond broken.”

Taylor’s death, along with other recent police killings of African Americans, has spurred protests throughout the nation as part of the broader Black Lives Matter movement, and demonstrations were expected in several cities Wednesday night.

President has made urban protests that have turned violent a focus of his reelection campaign, claiming he will restore “law and order” and protect “suburbia.”

The killing has also put a spotlight on the police use of no-knock warrants, which Louisville subsequently banned. Kentucky Senator introduced a bill in June that would similarly ban the use of such warrants by federal law enforcement agencies. 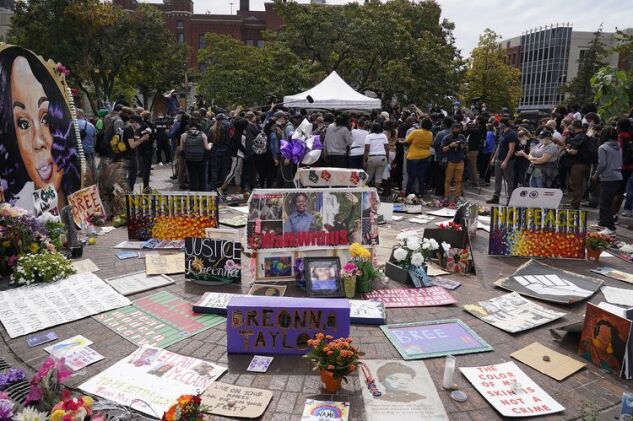 Cameron said the Federal Bureau of Investigation was still probing the sufficiency of the warrant that brought officers to Taylor’s door. He announced he was launching a task force to review the process by which search warrants are issued in Kentucky.

Under Kentucky law, someone can be charged with “wanton endangerment” by pointing a gun at a person or firing at them. A first-degree charge implies that the person did so with “extreme indifference to the value of human life”

The city earlier this month agreed to pay Taylor’s family $12 million and enact a series of reforms to improve relations with the community and prevent future shooting incidents to settle a lawsuit over her death.