President-elect Joe Biden’s for his economic team suggest he will make it a priority to lift the fortunes of Black and lower-income Americans, whose gains in recent years have been endangered by the coronavirus pandemic.

Biden is nominating to lead the Council of Economic Advisers, becoming the first Black American in the position, he announced in a statement Monday. and , two progressive Democrat economists who have argued for the Federal Reserve to target the Black unemployment rate and for increasing the minimum wage, will join Rouse as members of the CEA. 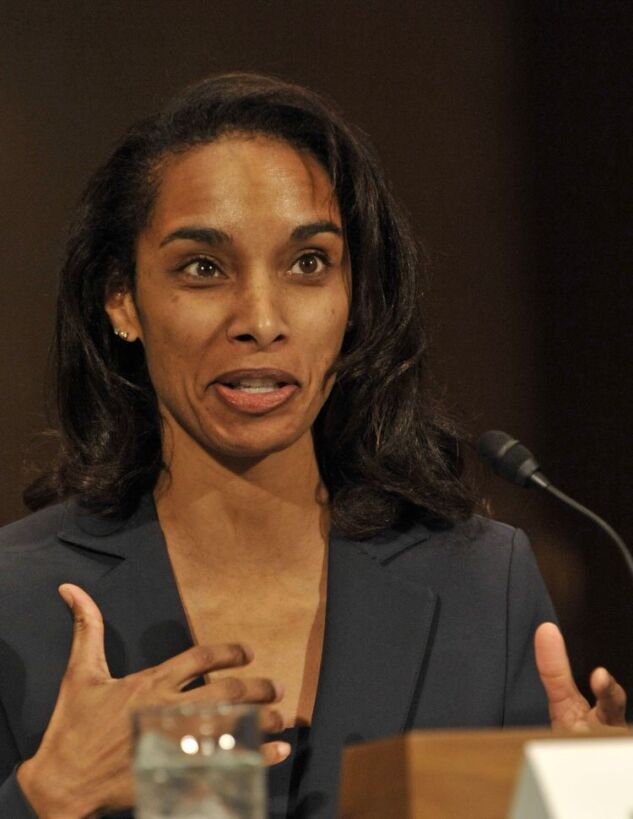 They’re set to join an administration whose economic policy will take important cues from another towering figure in the profession: former Fed chair , who Biden will nominate as Treasury secretary.

The three appointees will add an extra reserve of intellectual firepower behind the new administration’s objectives. Rouse, Bernstein and Boushey -- along with Yellen -- have all pushed for more fiscal stimulus as the surging virus threatens a fledgling recovery.

“We’re seeing what inequality does to do the economy -- it makes the economy much more fragile and it makes it harder and more expensive to repair it,” said , chief economist of the American Federation of Labor and Congress of Industrial Organizations, the country’s biggest labor union group. “It’s a great signal that we have economists who spent a lot of time worrying about issues of inequality in their work sitting on the Council.”

The naming of the economists to fill the relatively small CEA is also a sign of how seriously the incoming administration takes the agency that under President Donald Trump was often short-staffed.

“Having two close advisers to Biden at the CEA, that guarantees that the CEA will have a seat at the table,” said , a former Fed economist who worked at the CEA from 2015 to 2016 and contributes to Bloomberg Opinion. Sahm also formerly worked with Boushey at the Washington Center for Equitable Growth.

Even with such hands at Treasury and on the council, Biden’s achievements will depend on his ability to get legislation through a Senate that may remain under Republican control following early January run-off elections for Georgia’s two seats.

Biden has vowed to “build back better” an economy that before the pandemic had made significant strides in chipping away at inequality along racial and income lines.

The gap between the Black and White unemployment rates, which was more than double for Black Americans during much of the past half-century, reached its narrowest point on record last year. The poverty rate had fallen to a 60-year .

But those gains are under threat as the pandemic has low-income workers, women and Americans of color.

Notably missing among the three CEA appointments is a specialist in macroeconomics, Sahm said. Even so, Rouse, Bernstein and Boushey are each well-regarded labor economists -- and such expertise will be necessary with 11 million people unemployed.

Rouse is currently the dean of the Princeton School of Public and International Affairs at Princeton University. She was a member of the CEA under President and served in the National Economic Council under President .

Rouse’s research has highlighted the benefits of closing the education gap between White Americans and Americans of color.

“The Biden administration is clearly committed to this sort of thesis of, ‘How do we incorporate racial justice in every aspect of this administration?’” said , co-founder of the Sadie Collective, a nonprofit that aims to boost the number of Black women in economics. “I think the appointment of Cecilia Rouse is a clear indication that they are very much focused on it.”

Bernstein is also a veteran of the Clinton and Obama White Houses and Boushey was chief economist for Hillary Clinton’s 2016 presidential transition team. They were both senior advisers to the Biden campaign and come from the left-leaning Washington think-tank world.

Biden has outlined a plan that includes raising the minimum wage -- which Boushey has argued for -- as well as increased union power and boosting taxes on the wealthy.

Bernstein’s call for the Fed to specifically target the Black unemployment rate when setting policy is part of a larger movement within economics that acknowledges the economy can run much “hotter” than previously thought without causing outsize inflation. The result is a tighter labor market that draws in previously marginalized workers.

Bernstein tweeted on Monday that he’s “excited to get to work with my awesome new colleagues in fast pursuit of full employment and a recovery that reaches everyone.”

To contact the reporter on this story:
in Houston at asaraiva5@bloomberg.net