Dozens of women took to social media over the past few days to outline explosive allegations against prominent men in the world of video gaming and streaming, setting the stage for what could be the beginning of a #MeToo reckoning for the $150 billion video game industry.

Four women leveled accusations of sexual misconduct against Chris Avellone, a critically acclaimed video game writer, leading one developer to end its cooperation with him and prompting him to part ways with another game in the works. A different woman accused Omeed Dariani, the chief executive officer of Online Performers Group, a talent agency that works with many video streamers, of making an unwelcome sexual overture. Dariani resignedfrom his position on Sunday. Some streamers began calling for a blackout Wednesday of Amazon.com Inc.’s Twitch, the biggest game streaming platform, alleging that it turns a blind eye to misbehavior.

The gaming industry has for years been criticized as unwelcoming—if not hostile—to women, but has not yet faced the #MeToo movement on the same scale as Hollywood and other industries. This week’s flurry of postings was unique in terms of its volume and public nature, and it has sent ripples across the industry. Accusations began appearing on Twitter late Friday night and each new post emboldened other women to publicly share their stories. Many of the postings about the men accused of misconduct were subsequently compiled in a thread on Medium.

Some of the people identified in postings have denied wrongdoing, while others have apologized for their behavior. Many were not identified by their legal names, but by the names they are known by on social media. 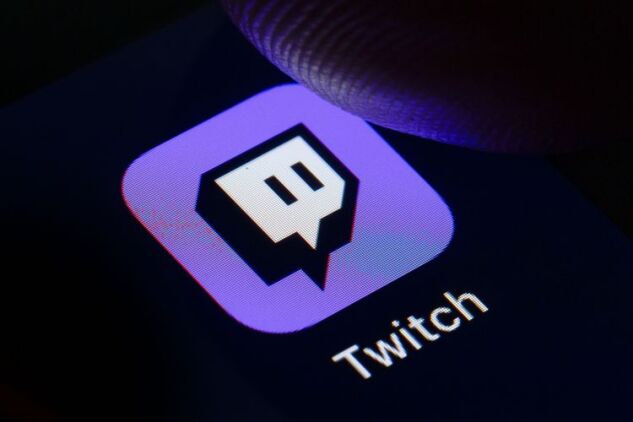 Dariani’s accuser said the CEO proposed that she join him and his wife for a sexual encounter. Dariani didn’t respond to requests for comment but said on Twitter that while he didn’t recall the conversation, he believed his accuser, Molly Fender Ayala. When asked for comment by Bloomberg News, she said her public post expresses everything she “feels comfortable with sharing at this time. My intention was to bring light to a larger issue in the gaming industry and hopefully protect young women who are entering the space.” Twitch said it’s investigating reports of misconduct and that it “supports people coming forward.”

Some of the most detailed allegations were brought against Avellone, who replied on Twitter to one of the women, Karissa, saying he “never meant any harm” to her or a friend of hers that he had dated. “If I can’t do anything to apologize for it, I understand, and there’s nothing more to be done.” Karissa, who spoke to Bloomberg News about her allegations, declined to give her last name for fear of harassment.

Avellone, who has written for popular games such as Planescape: Torment and Fallout: New Vegas, was a founder and co-owner of the video game studio Obsidian Entertainment Inc. from 2003 until 2015. Since then, he has been a freelance designer and writer for games including Prey and Star Wars Jedi: Fallen Order. His work as a writer has been lauded by fans and critics. Industry publication Game Developer magazine listed him as one of the field’s top writers in 2009.

In interviews with Bloomberg News, two women shared similar but separate stories of Avellone buying a continuous stream of drinks for them and others at an event and then making unwanted sexual advances on the two women. One, Karissa, said it happened when she met Avellone at a convention one weekend in 2012; the second said it happened at an event in 2013. A third woman, who now works at a large video game company, posted on Twitter a screen shot of sexually explicit messages she said she had received from Avellone in 2013, when she was seeking to break into the industry. A fourth wrote on Twitter that Avellone had “groped me repeatedly” at a nightclub in 2014.

On Friday evening, Karissa accused Avellone of getting her “blackout drunk” and trying to sleep with her, calling him “an abusive, abrasive, conniving sexual predator” in a thread of messages on Twitter. After being contacted by Bloomberg, Karissa, who asked that her last name not be printed for fear of harassment, elaborated in a phone interview. She said she met Avellone through friends in the gaming industry at a convention in 2012. At the hotel bar, Karissa said, Avellone put down his Obsidian credit card and bought multiple rounds of drinks for attendees.

“They were coming so quickly,” said Karissa. “It was almost like as soon as my drink was gone, Chris already had one or two more for me. I remember refusing him, just being like, ‘I’m good, I don’t need another one.’ He would literally just be like, ‘Come on, let’s go to the bar, let’s get you another one.’ He did that multiple times throughout the night.”

Karissa said the alcohol “all hit me at once,” and that she remembers walking back to her hotel room with Avellone and two of her friends. She said she vaguely remembers Avellone trying to kiss her on the way up, and kissing her again when they arrived at the hallway outside her room. At one point, Avellone then put a hand down her pants, after which she told him to stop, Karissa said she remembers. “I told him this is not a good idea,” she said. “He stopped, then took his hand out of my pants. I think he kissed me one more time, and then left.”

After that night, Karissa said she remained friendly with Avellone, and that he was “a perfect gentleman” the rest of the weekend, which “kind of pushed off what had happened in my head.” She said that their friendship ended after he had a difficult relationship with one of her other friends, and that it only occurred to her recently that something went wrong that night in 2012.

“It actually didn’t start to click with me until other women in the industry started coming forward with their stories, and seeing how similar they were to mine,” Karissa said, referring to the outpouring that began on Friday. She spoke up after seeing an interview with Avellone on the gaming website IGN for The Waylanders, a new video game he was helping write.

One friend of Karissa, who asked not to be named because the person still works in the video game industry, confirmed to Bloomberg News that they heard the same story from Karissa about a month after it happened.

Christy Dena, a video game designer, said she and Avellone had been friendly for years when they met up at a convention in Melbourne in 2013. She went out drinking with him and a few other friends, she said in an interview, and he was “continuously buying drinks” for the group. “At every event we went to, he’d just put the company card down and buy everybody drinks,” Dena said.

The two of them went back to her hotel room, Dena said, and that the next thing she remembers is waking up next to him with no clothes on. “I remember going back to the room, but then I don’t remember much of what happened in the room at all,” she said. “And then just waking up in the morning. He said, ‘Oh, we didn’t do anything,’ but of course my clothes were off.”

Dena said she kept in touch with Avellone but wasn’t interested in pursuing any sort of relationship with him. She chose to speak up after seeing Karissa’s accusations. “When Karissa put the post out, and I read things she said, I thought, ‘Oh, this is a pattern of behavior,’” Dena said. “It wasn’t just me.”

She has stopped drinking as a result of this and other uncomfortable incidents involving other men at video game industry events. “It’s one of those things it took me a very long time to learn,” Dena said. “People are not in a consenting state when they’re drunk.”

In rare instances over the past three years, accusations have emerged against powerful men, including a depiction of a culture of sexism at Riot Games, Inc. and a sexual assault allegation against a former top developer at Take-Two Interactive Software Inc.’s Rockstar Games, the maker of Grand Theft Auto. (Three weeks after the article’s publication in online gaming magazine Kotaku in 2018, Riot Games said it had “much to improve” and that it would overhaul many of its practices. Rockstar Games declined to comment on the allegations raised in the story published last year and the executive accused denied the allegations.) 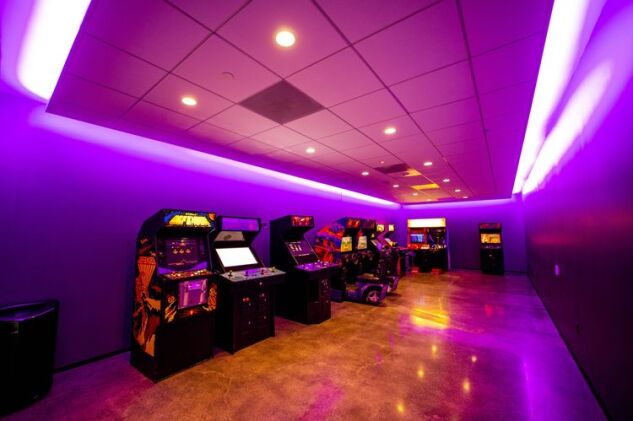 On Saturday night, Jacqui Collins, a public relations representative for Riot Games, shared a screenshot of sexually explicit text messages from Avellone on Twitter. “This was before I was full time in the games industry, but knew I wanted a future in it and was actively working towards that,” she wrote. “Chris was one of the ‘industry greats’ I was frankly flattered to even know let alone be friendly with. So I forgave and regularly asked him career advice.”

The women’s accusations have had real-world implications for Avellone. Techland Sp., a Polish game developer, said Monday on Twitter that it planned to stop working with Avellone, who was part of the narrative team for the company’s next game, Dying Light 2. And Emily Grace Buck, the lead writer of The Waylanders, has since said Avellone is no longer on the project and that she would “take an extra look” at his work.

Other companies have also said they plan to investigate accounts this week. Video game publisher Ubisoft Entertainment SA. said it was “deeply concerned” by sexual misconduct allegations against some of its employees, according to Gamasutra. Insomniac Games, Inc., the Sony-owned developer of the Spider-Man video games, said it was also investigating a former employee’s allegations of sexual misconduct.

(Updates to add other companies making investigations into allegations in final paragraph.)

To contact the author of this story:
in New York at jschreier10@bloomberg.net