called for an ethics investigation into his own sale of stock, and that of three other U.S. senators, after they received sensitive briefings in late January about the emerging threat of the coronavirus.

The sales sparked concerns that the four senators put safeguarding their private finances before their duty to protect public health. Burr, a Republican from North Carolina, and , a Republican from Georgia, both completed their sales at a time when the Trump administration and GOP leaders were downplaying the potential damage the virus might cause in the U.S. and before drastic stock-market plunges set off by the pandemic. 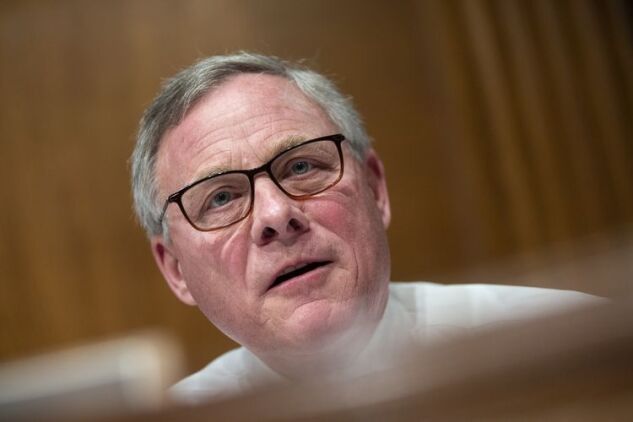 Burr is chairman of the Senate Intelligence Committee, which receives frequent briefings about threats facing the country, and has experience responding to public-health crises. In a tweet Friday morning, he called for the Senate Ethics committee to open a review of the transactions, adding that he “relied solely on public news reports” to inform his Feb. 13 sales decision.

Loeffler, who is married to New York Stock Exchange chairman , did not make any sales from Jan. 6, when she was sworn in, until Jan. 24 -- the day the health committee she sits on held a briefing that included presentations from top level U.S. public-health officials including Dr. .

The couple began selling 27 stocks on Jan. 24, according to her financial disclosure form, including investments in and , worth millions of dollars. Loeffler’s stock sales were first reported by the Daily Beast. In a tweet, she said criticisms were baseless.

Two other members of the Intelligence Committee, Senator , a Democrat from California, and Senator , an Oklahoma Republican, also sold stock after the briefings, according to financial records.

Feinstein on Friday denied she had sold assets or that she was at the January 24 briefing on coronavirus. In a tweet, she added that her assets were held in blind trust. Inhofe said in a tweet that he wasn’t at the meeting, either, and called the allegations baseless and false.

Loeffler was appointed to her seat in December after Senator announced that he was resigning because of health problems. She’s facing a tough road to election, facing a primary challenge from Doug Collins, a four-term Georgia representative who was an ardent defender of President Donald Trump during House impeachment proceedings.

Loeffler called criticism of her stock sales “a ridiculous and baseless attack.” In a tweet, she said: “I do not make investment decisions for my portfolio. Investment decisions are made by multiple third-party advisors without my or my husband’s knowledge or involvement.”

Burr sold 33 stocks on Feb. 13, according to his financial disclosure form, with a total value between $628,000 and $1.7 million. His stock sales were first reported by ProPublica. Three of the assets he sold were in hotel companies, which have seen their value plummet as the coronavirus threat has drastically curtailed travel.

His office said that his sales were unrelated to any information he received by virtue of his position as intelligence committee chairman.

“Senator Burr filed a financial disclosure form for personal transactions made several weeks before the U.S. and financial markets showed signs of volatility due to the growing coronavirus outbreak,” a Burr spokesperson said in a statement. “As the situation continues to evolve daily, he has been deeply concerned by the steep and sudden toll this pandemic is taking on our economy.”

With the virus now spreading, its death toll rising and the global economy reeling, news of the stock sales brought angry calls for Burr to resign.

“As Intel chairman,” Burr “got private briefings about coronavirus weeks ago,” Representative of New York tweeted. “Burr knew how bad it would be. He told the truth to his wealthy donors while assuring the public that we were fine.”

“THEN he sold off $1.6 million in stock before the fall. He needs to resign,” she added. According to NPR, Burr told a private group in late February that the virus could present a greater economic danger than had been publicly discussed.

Feinstein made transactions on Jan. 31 and Feb. 18, selling between $1.5 million and $6 million worth of shares in Allogene Therapeutics, a biotech company. Inhofe sold $400,000 worth of stock on Jan. 27, including and the real estate company .

To contact the reporter on this story:
in New York at dkocieniewsk@bloomberg.net