Malaysia has dropped criminal charges against units, a key step in the $3.9 billion settlement agreement that allows the bank to move on from the 1MDB scandal.

The U.S. bank was discharged amounting to acquittal, according to court proceedings in Kuala Lumpur on Friday.

Malaysia’s prosecutors will also cease pursuing its case against Goldman Sachs’s , according to people familiar with the matter, who asked not to be named as the information is private. That excludes Tim Leissner and Roger Ng, in line with the settlement agreement the bank struck with Malaysia.

The moves mark progress in Goldman Sachs’s efforts to resolve its worst scandal since the financial crisis as it grapples with separate discussions with the U.S. Department of Justice for a settlement over 1MDB. 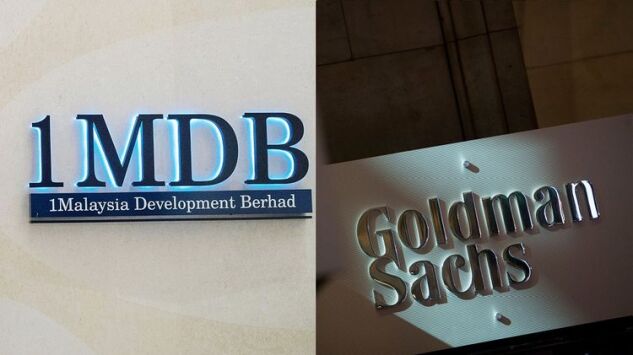 WATCH: Criminal charges against Goldman Sachs Group Inc. units have been dropped by Malaysia, a key step in the $3.9 billion settlement agreement that allows the bank to move on from the 1MDB scandal.
Markets: Asia.” (Source: Bloomberg)

As part of the deal with Malaysia, the bank had paid $2.5 billion in cash to Malaysia last week and pledged to guarantee the return of $1.4 billion from 1MDB assets seized around the world over the coming years. In exchange, Malaysia would drop criminal charges against the bank’s units over accusations that they misled investors in raising billions of dollars for 1MDB while allegedly knowing the funds would be misappropriated.

Goldman Sachs had to boost its legal reserves by $2.01 billion to account for the Malaysia settlement, shaving its second-quarter net income by 85% and wiping out what had been a surprise jump in profit due to trading gains.

The bank’s settlement doesn’t affect Malaysia’s claims against other people including Low Taek Jho, the scandal’s alleged mastermind known as Jho Low, and other parties. Prosecutors seek to bring former Goldman Sachs banker Roger Ng, who’s in the U.S. to face 1MDB-related charges, back to Malaysia in November to face similar accusations. Ng’s next case mention date is set for Sept. 10.

The scandal surrounding 1MDB had led to the ouster of Malaysia’s former premier in 2018 and triggered corruption investigations in at least 10 countries including Singapore and Switzerland. Najib was found guilty of corruption last month and sentenced to 12 years in prison in the first trial over the scandal to reach a conclusion, while Jho Low remains at large.

(Updates with case on Goldman directors in third paragraph.)