A unit of pleaded guilty to fraud and agreed to pay $5.8 billion after misrepresenting the risk posed by a group of hedge funds that collapsed amid pandemic market gyrations.

The deal announced Tuesday brings to a close an embarrassing episode for the German insurance giant, which has agreed to sell the bulk of Allianz Global Investors US as part of a settlement with the .

AGI US’s Structured Alpha funds were designed to provide protection against a market crash. Instead, they ended up losing $7 billion during the tumultuous early days of the pandemic in 2020, spurring multiple lawsuits from pension plan investors. 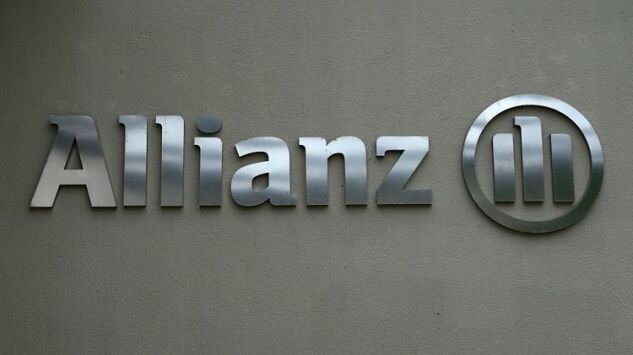 WATCH: A unit of Allianz agreed to pay $5.8 billion and pleaded guilty to fraud after misrepresenting the risk posed by a group of hedge funds that collapsed during pandemic market gyrations.
Source: Bloomberg

Gregoire Tournant, the former chief investment officer and co-lead portfolio manager of the funds, was arrested in Colorado and separately charged with fraud and conspiracy. Tournant, who is fighting the charges, was ordered released on a $20 million bond at a hearing Tuesday afternoon, where his lawyer told the judge that prosecutors had been investigating for more than a year.

Two other executives with the funds agreed to plead guilty and are cooperating with authorities.

The Allianz unit’s guilty plea is one of the few for the banking industry, which has often agreed to deals with prosecutors without admitting wrongdoing. A unit of in 2020 for its role in the 1MDB scandal.

The Structured Alpha scheme was an “egregious, long-running and extensive fraud,” said , US Attorney for the Southern District of New York. Tournant “traded on AGI’s reputation for careful risk management to put investors at ease,” and AGI’s “control environment was riddled with holes,” Williams said.

In addition to fines and restitution under the Justice Department, the company to settle claims by the SEC, including a $675 million civil penalty that Director of Enforcement called one of the commission’s biggest since Enron and WorldCom.

“We accept our corporate responsibility for the isolated but serious wrongdoing of these three former employees in the previously dissolved US Structured Products Group,” AGI spokesperson John Wallace said in a statement. “In particular, it has been important to Allianz and AllianzGI to reach fair settlements with those clients who were misled and lied to by these individuals, and to support the US authorities in their pursuit of justice.”

Allianz said it most of the US piece of AGI to Voya Financial Inc., after the unit was banned for a decade from some fund services in the country. The company it had set aside 5.6 billion euros ($5.9 billion) to resolve the lawsuits and government probes tied to the funds.

Lawyers for Tournant, a 55-year-old equity-options whiz and onetime McKinsey & Co. consultant, called the case against him a “meritless and ill-considered attempt by the government to criminalize the impact of the unprecedented, COVID-induced market dislocation of March 2020” and said he would battle it in court. He is scheduled to enter his plea on June 2 in New York.

Five of the Florida-based Structured Alpha funds lost between 49% and 97% of their value during the first quarter of 2020. Allianz liquidated two of the vehicles in March 2020 and has been unwinding the others.

Tournant and the two others overstated the level of independent oversight AGI was providing, misrepresented hedging and other risk-mitigation strategies and altered documents to hide the riskiness of the funds, according to the charges.

The funds were marketed as “providing broad market exposure while maintaining specific risk protections to safeguard against losses in the event of a market crash,” according to Tournant’s indictment.

But in late 2015, Tournant allegedly grew frustrated with the cost of hedging, which was eating into returns. The fund “abandoned the promised hedging strategy and instead began to purchase cheaper hedges that were further out of the money, and therefore less protective in the event of a market crash,” according to the indictment. That change was not disclosed to investors, prosecutors allege.

Tournant, a dual U.S.-French citizen, arrived at AGI in the early 2000s by way of Oppenheimer Capital. He and his Structured Alpha team were incentivized to pursue outsize returns. Instead of employing the usual formula for hedge-fund fees -- the “2 and 20” mix of management charges and a cut of profits -- they were compensated solely for performance. While Allianz made no secret of this arrangement, angry clients would later claim it was a recipe for bigger risks.

For his alleged actions between 2014 and March 2020, Tournant faces a securities fraud charge, two conspiracy counts and two counts of investment adviser fraud. If he is convicted on all counts, the maximum prison term would be 40 years, though in practice he would probably get far less time.

“Greg Tournant has been unfairly targeted despite the fact that he was on extended medical leave during these market events, and the funds had thrived under his leadership for the previous 14 years,” his lawyers said in their statement. “The losses resulting from these market events were suffered by sophisticated institutional investors -- including Greg himself who had a considerable investment in the fund.”

Under an agreement with the New York prosecutors, Tournant will post five Colorado properties as security for his bond, as well as a retirement account and a life insurance policy that together are valued at $3.9 million. He is limited in his travel and subject to a curfew from 10 p.m. to 6 a.m. He surrendered both of his passports to federal authorities last summer, according to his lawyer .

AGI will plead guilty to a single count of securities fraud. The agreement calls for the firm to forfeit $463 million and pay $3.2 billion in restitution to victims of the fraud as well as a $2.3 billion penalty. It will get credit for $1.9 billion that has already been paid to victims.

The two other portfolio managers, Stephen Bond-Nelson, 51, and Trevor Taylor, 49, pleaded guilty to conspiracy and fraud in March. Prosecutors allege that Tournant told Bond-Nelson to

Tournant told investors that Allianz was “one of the largest and most conservative insurance companies in the world” and was monitoring every position that he took as a “master cop,” according to the court filing.

In reality, “no one at AGI US or Allianz was verifying that Tournant and his colleagues were actually adhering to the investment strategies promised to investors,” according to the indictment.

(Adds bond amount in first section and details of bond package and maximum prison time if Tournant is convicted in fourth.)

To contact the reporters on this story:
in federal court in Manhattan at rvanvoris@bloomberg.net;
in Frankfurt at skahl@bloomberg.net