President Donald Trump speaks during a campaign rally at The Villages Polo Club in The Villages, Fla., on October 23.
Photograher: Mandel Ngan/AFP via Getty Images

Ben Penn: Speculation about President-elect ‘s pending announcement of Cabinet and sub-Cabinet picks is overshadowing the reality that the Trump administration has a chance to make a handful of important career moves at the U.S. Labor Department.

As the Biden transition begins to roll out its first Cabinet picks this week, it’s easy to lose sight of the series of vacancies in the senior executive service ranks at DOL, positions that have enormous day-to-day influence in implementing policy. Trump could make so-called eleventh-hour appointments to fill some of these career slots, in effect reducing Biden’s flexibility over DOL personnel.

For instance, the Wage and Hour Division has yet to replace Mary Ziegler, the long-tenured head of its policy office, who retired in February. Ziegler, though a civil servant, was considered aligned with the Obama administration’s worker-defending policies on minimum wage and overtime pay.

The Biden team might be inclined to hire someone who shares Ziegler’s philosophy as it looks to restore many of the Obama-era strategies come January. But Labor Secretary and Deputy Pat Pizzella could thwart them by installing a moderate, less-aggressive policy leader to the permanent WHD role.

Same goes for the Employment and Training Administration: It will soon lose its unemployment insurance administrator to retirement and has been without a Job Corps director for months. These aren’t political roles, but they carry weighty policy implications for jobless-benefits eligibility and youth job-training during the pandemic—topics at the center of recent partisan controversy.

Senior executive service appointments carry near-ironclad job security that would make it difficult for Biden to go in a different direction.

A big position at DOL’s Office of the Solicitor could be in the mix. West Coast Regional Solicitor Janet Herold faces a Thanksgiving deadline to accept a transfer to head the Occupational Safety and Health Administration’s Midwest office, or be terminated. If she refuses the involuntary transfer, Scalia would have two additional senior career vacancies—the OSHA post remains open—by week’s end.

Vacancies that have lingered longer are more likely to be filled through late-term promotions because DOL already has had time to publicly notice the senior executive service opening and narrow the field of internal and external applicants.

More recent departures, such as at the unemployment insurance office, likely would require too much time for Scalia to hire a permanent replacement, meaning Biden’s DOL would inherit an “acting” official and have the chance to take over the hiring process.

Appointments to in-house review panels, with terms that extend into the next administration, also could be in store.

The Obama-era DOL embraced this practice in January 2017 when then-Labor Secretary Tom Perez tapped Tanya Goldman, a political appointee at the WHD at the time, to a two-year term on the DOL Administrative Review Board. That same month, Perez also quietly moved Leonard Howie to the ARB from his job directing DOL’s workers’ compensation office.

Gossip about a lame-duck White House potentially attempting to embed loyalists to extend its influence into the next administration is inevitable during presidential transitions—and Trump’s transition intransigence super-charges such rumors.

Pizzella, who oversees personnel decisions, is said to dislike this practice, known as “burrowing in.” Time will tell if the Trump White House has other ideas.

Given that a top priority for Scalia has been to curb what he views as overly aggressive enforcement actions, the more plausible strategy could be promoting milquetoast civil servants to top career jobs in hopes of frustrating a potential Biden push to revive the Obama-era enforcement playbook.

Ian Kullgren: A long-forgotten White House memo could provide ammunition to union advocates hoping to persuade Biden to fire NLRB General Counsel Peter Robb before his term is up in November 2021.

The 1983 memo, buried deep in the Ronald Reagan Presidential Library, argues the board’s general counsel can be fired without cause but that “such a move can only come from the president.” 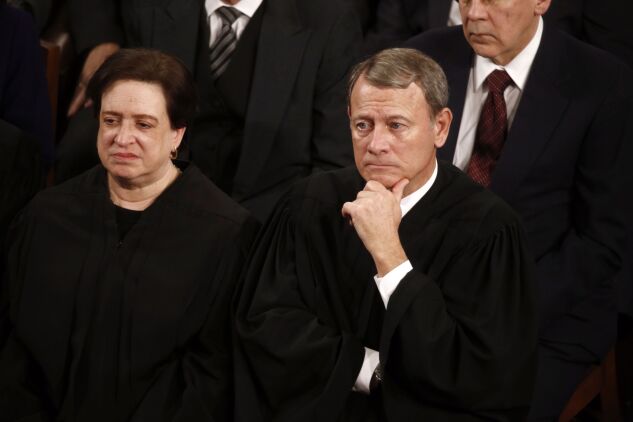 Donald Dotson, the Republican board chairman at the time, sought to strip power from then-General Counsel William Lubbers, a Democratic appointee under the Carter administration, by transferring much of Lubbers’ authority to a newly appointed solicitor with ties to the National Right to Work Legal Defense Foundation.

Roberts said he was unsure whether a board chairman could remove a general counsel’s authority in the way Dotson had done. But as to the second question at hand—whether the president can fire an NLRB general counsel without cause—Roberts said the answer is a clear “yes.”

To support his position, Roberts cited a 1959 Justice Department memo that reportedly said the GC “is a purely executive officer and that the President has inherent constitutional power to remove him from office at pleasure.”

Yet Roberts said the White House should “keep some distance from the legal dispute,” given that the NLRB is an independent agency—advice that could have new relevance as Biden takes office.

“We should not be anxious to sleep in a bed not of our own making,” Roberts said.

(Hat tip to Brandon Magner, an eagle-eyed attorney who unearthed Roberts’ memo after reading our earlier story about forces within organized labor discussing ways to pressure Biden to oust Robb.)

Bruce Rolfsen: The political appointees who oversaw OSHA during the Obama administration say they don’t anticipate returning under Biden.

“I am not a candidate,” David Michaels, who served seven years as the assistant secretary for occupational safety and health, told Bloomberg Law. After leaving OSHA in January 2017, Michaels returned to his post as a professor at The George Washington University’s Milken Institute School of Public Health.

Biden’s agency review team for the Labor Department is full of Obama veterans, fueling speculation about whether Michaels and fellow OSHA alums Jordan Barab and Debbie Berkowitz could be under consideration for a second act.

Barab, deputy assistant secretary under Obama and now a senior staffer at the House Education and Labor Committee, said he isn’t interested in returning.

Berkowitz, OSHA’s chief of staff from 2009 to 2015 and now the National Employment Law Project’s program director for worker safety and health, also said she doesn’t want a return ticket.

While Michaels, an epidemiologist, served as the Department of Energy’s assistant secretary for environment, safety and health during the second term of the Clinton administration, Barab and Berkowitz were union safety officials before their OSHA appointments.

Two people with union safety backgrounds—Jim Frederick, formerly of United Steelworkers, and Chris Cain, of North America’s Building Trades Unions—are drawing support from within the AFL-CIO ranks, though it’s not clear if Biden’s team is looking at them.

Berkowitz said she expects Biden to prioritize “a long history of experience in workplace safety and health” in making decisions about OSHA leadership.

—With assistance from Fatima Hussein.