Bruce Rolfsen: It’s seven weeks to the official start of summer—June 21—and Western U.S. states are rolling out worker protection heat stress standards while federal OSHA talks about it.

Although it seems simple to enact heat protection requirements—provide a place to cool off, rest, and liquids—a challenge is setting threshold temperatures. The trigger points are based on such concerns as humidity, cloud cover, wind, how much clothing a worker is wearing, and whether the worker is experienced with hot conditions and in good health.

On Tuesday, the Occupational Safety and Health Administration holds an afternoon-long virtual meeting where it hopes to cover everything under the sun when it comes to heat safety issues.

Scheduled are discussions about the agency’s rulemaking, as well as current enforcement efforts and precautions employers and workers should take. OSHA hasn’t said when it hopes to issue a rule or what provisions it would include.

The agency announced it would pursue a heat rule covering indoor and outdoor work eight months ago, taking comments through Jan. 26. The move followed a summer of record high temperatures across the U.S. that left Democratic lawmakers and worker advocates demanding the agency act on a heat rule—an idea it turned down during the Obama and Trump administrations.

Without a heat standard, OSHA usually depends on a more-than-50-year-old catch-all law—the Occupational Health and Safety Act’s general duty clause—to cite employers for failing to protect their workers. However, judges have vacated citations in at least six of those cases because OSHA couldn’t prove the heat threat.

Sometimes, but not always, rulemaking moves quicker in the states.

The Oregon Occupational Safety and Health Administration is on the verge of adopting a permanent heat rule that would replace an emergency rule that expired last fall, an agency spokesperson said. Oregon approved the emergency rule last year after the heat in typically temperate Portland reached 116 degrees.

Washington state’s Division of Occupational Safety and Health already has a heat protection standard in effect each year from May 1 to September 30. Officials there expect to issue a temporary rule in June to cover extreme heat events—typically when temperatures hit triple digits. A stakeholder meeting on revising the permanent rule is set for May 4.

Down the Pacific Coast, California has a heat standard for outdoor workers and, since 2005, has been trying to issue a rule for indoors workers that would cover warehouses, commercial kitchens, and other workplaces where rising temperatures outpace fans and air conditioners.

The last advisory committee meeting for the prospective California rule was in April 2019. Since then, the draft rule has been reviewed by the independent Occupational Safety and Health Standards Board and is now with the California Division of Occupational Safety and Health for further fine tuning, the state said in a written statement. No date has been set for a final vote. 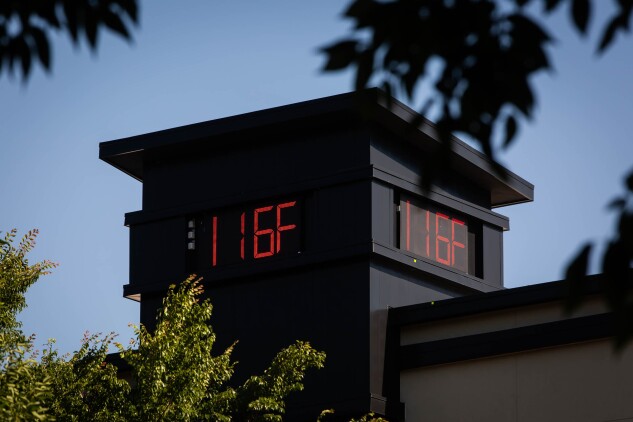 Rebecca Rainey: Business groups and labor unions have been holding their breath over what the Biden Labor Department will do on the issue of independent contractors—often used by gig companies to staff their fleets—now that issue firebrand David Weil is no longer in the running to lead DOL’s wage office. And the pressure on the agency to do something is growing.

Although the administration did try to rescind a Trump-era rule setting out a business-friendly independent contractor standard, a Texas court reinstated the measure in March. The current administration hasn’t appealed that ruling or issued new guidance but maintains that fighting misclassification “is and will remain a priority.”

Some suspect the administration was waiting for Weil to be confirmed by the Senate before making any major waves on employee classification. But since Weil withdrew his name from consideration after a failed Senate vote, what DOL will do now is unclear.

Management-side attorneys still expect the administration to move forward with an independent contractor rule that would make it harder to use such workers, even without Weil.

Jessica Looman, who is currently running the wage division in an acting capacity, has views that are “very similar” to Weil’s, said Michael Lotito, an attorney for the management-side firm Littler Mendelson P.C. “From a policy perspective they could come up with a rule that we would have expected from David Weil,” he said regarding the independent contractor standard.

Jeffrey Ruzal, who used to serve as a trial attorney in DOL’s solicitor’s office, also said he expects DOL “to double down” on its independent contractor enforcement and investigations in the wake of Weil’s withdrawal.

And despite the current business-friendly standard on the books, at least one company that relies on independent contractors says it’s unhappy with the current model.

“We think that there are improvements that can be made,” said Max Rettig, vice president of public policy at the meal-delivery service . “Really the linchpin of our policy position is we want to make sure that we are pairing this unique flexibility that independence provides with new protections and benefits. And the form that this takes for Dashers is proportional, portable, and flexible benefits.”

On the other hand, labor unions and advocates are also questioning why the DOL hasn’t moved to regulate in this space, concerned that the Biden administration is losing out on a missed opportunity to provide employment protections to workers they say are being exploited.

“It’s outrageous that an administration that has had great promises towards labor and making it better for working people has not been taking on this issue and leading on it the way they need to be,” said Nicole Moore, president of the gig-worker advocacy group Rideshare Drivers United.