The U.S. Court of Appeals for the Sixth Circuit is handling a consolidated case that challenges the legality of the Biden administration's workplace shot-or-test rule.
Photographer: JOEL SAGET/AFP via Getty Images

Robert Iafolla: The court order freezing the Occupational Safety and Health Administration’s Covid-19 shot-or-test rule could cause the agency even more problems in light of how the litigation schedule is shaping up over the next few weeks.

The fight over the stay, which the U.S. Court of Appeals for the Fifth Circuit issued Nov. 6, could be “the whole ballgame, from a practical standpoint,” said Sean Marotta, an appellate attorney at Hogan Lovells. He noted the six-month emergency rule is set to expire in early May and the case seems to be moving forward at a deliberate pace.

The timing got more complicated for the agency last week after the Biden administration asked for the stay to be lifted.

The Sixth Circuit, which was selected in a multi-circuit lottery to hear the consolidated case challenging the OSHA standard, responded with a briefing schedule indicating it won’t rule on the administration’s request until after Dec. 10.

That means the briefing will run past Dec. 6, the emergency standard’s first major compliance deadline. The rule calls for employers by that point to develop a vaccine policy, determine employee vaccination status, and provide leave for worker vaccination or recovery.

The administration then asked the Sixth Circuit Nov. 24 to tighten its timeline for briefing on its petition to lift the stay by four days and to immediately set an expedited schedule for briefing on the rule’s merits. States opposing the regulation responded two days later, asking the court to reject the government’s “lightning-speed approach” to briefing.

If the stay remains in place as of mid-December, then there’s near-zero chance the rule will be in effect by the Jan. 4 deadline for employers with at least 100 employees to ensure that their workers are fully vaccinated or to begin testing them regularly.

And even if government lawyers convince the Sixth Circuit to dissolve the order blocking the rule, OSHA will be forced to move back that vaccination-or-testing deadline, said David Coale, an appellate lawyer with Lynn Pinker Hurst & Schwegmann LLP.

Expecting employers to ramp up for that Jan. 4 deadline with only a few weeks lead time would be unreasonably burdensome, change some of the rule’s cost-benefit estimates, and open OSHA to allegations that it violated legally mandated procedures for establishing regulations, he said.

“They’ve got a ‘heads you win, tails I lose’ situation with the stay,” Coale added. 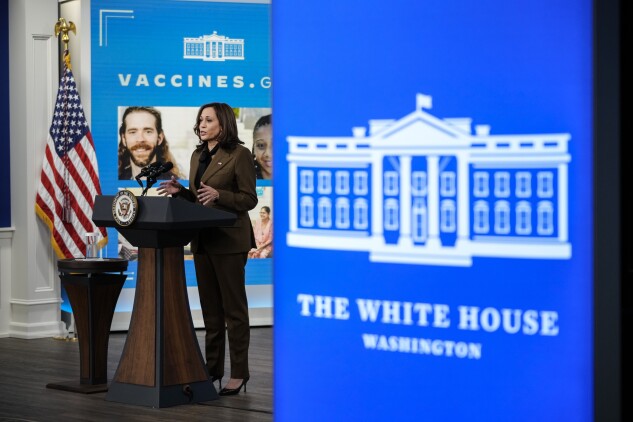 Depending on how the high court approaches reviewing such a ruling on its “shadow docket,” the justices could use the stay issue to decide the underlying merits of OSHA’s emergency temporary standard.

But before the Sixth Circuit deals with the stay order, it almost certainly will decide whether it’s going to break with normal procedure on the number of judges who hear the case.

States with Republican attorneys general, the Republican National Committee, and other challengers have asked for the court’s full complement of active-status judges to handle the litigation, which would guarantee that Republican-appointed judges control the case. Standard procedure is for a three-judge panel to hear it.

The Biden administration has until Nov. 30 to make an argument against full Sixth Circuit review.

Ben Penn: The OSHA vaccine-or-testing rule litigation and transformative labor law penalties in the House-passed reconciliation package are sucking up much of the workplace policy oxygen in Washington. But as the Biden administration readies to turn the corner into 2022, a debate of yesteryear on overtime pay eligibility is starting to resurface.

Internal and external discussions are heating up behind the scenes about the Department of Labor’s new stab at a regulation to lift the salary threshold below which workers qualify for time-and-a-half overtime wages, according to multiple sources involved.

The release of a new overtime proposal isn’t imminent, but with the administration already on the record about intentions to reboot what was arguably the highest-profile Obama labor regulation, the planning stage is pivotal. DOL’s overtime vision could emerge as the next major fight in the president’s worker agenda.

It feels like a played-out topic, but dismiss overtime at your own peril. There’s a reason updating the statutory exemptions from overtime qualification is a source of rigorous debate among legal practitioners, regulators, unions, and businesses during the past three presidencies. Biden’s will be no different.

Worker advocates have been coordinating plans to escalate their campaign for DOL to re-issue a rule that dramatically boosts the salary cutoff before workers can be legally denied time-and-a-half when working beyond 40 hours in a week.

A quick recap: Under Obama, DOL’s Wage and Hour Division finalized a rule in 2016 to double the salary threshold to $47,500. A federal judge shot it down just before it was set to take effect, paving a path for Trump’s DOL to do away with the litigation by implementing a more moderate regulation that upped the level to about $36,000.

But the worker rights coalition—backed by important Democratic lawmakers—will be urging the department to go well above the Obama-era figure, arguing that the current climate calls for a more aggressive approach. To address reports of rising worker unrest while encouraging more Americans to return to the workforce, Biden DOL leaders could find a solution in extending overtime protections to millions of additional employees who now aren’t entitled to premium pay if they work long hours.

Voices of caution within the administration will point out that business community lawsuits—likely awaiting this rule no matter how far-reaching—present considerable risk.

Feel free to a put a pin in this discussion for now. More pressing matters await resolution—namely the legislative and judicial branch outcomes on labor penalties and vaccine rules, respectively. But when the dust settles, Biden will turn to his executive branch for labor progress. He’ll find overtime eligibility remains among his most powerful available levers. 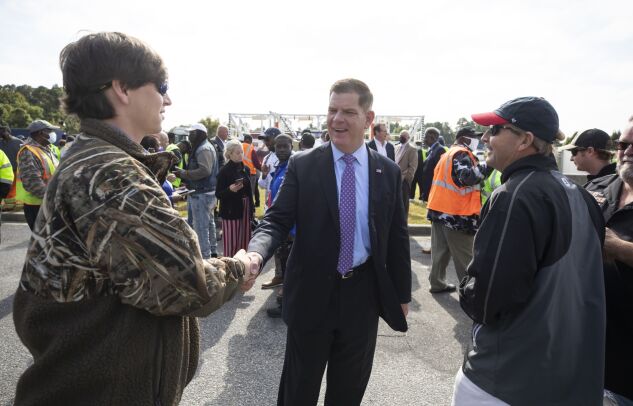