Chris Marr: Republican governors and state lawmakers pushing back against workplace vaccine mandates are setting the stage for legal clashes—most notably in Texas—as a federal standard requiring vaccines or routine testing for tens of millions of workers nears release.

Legal challenges are a given. The bigger question is how many will be filed, and where.

Governors’ orders and legislative activity in Arkansas, Florida, Ohio, and Texas hint at where the most immediate legal challenges could arise, on top of earlier threats of litigation stretching from Arizona to Georgia.

Texas Gov. Greg Abbott (R) made the most aggressive policy response so far. His Oct. 11 executive order requires employers to provide broad exemptions to vaccine mandates that could make enforcement more difficult, and the Texas House and Senate are considering bills to answer Abbott’s call to pass similar requirements into law.

Many employers already have implemented vaccine requirements, and courts have largely upheld employer mandates in a few dozen employee lawsuits this year.

But the impending release of OSHA’s standard, which Biden wants to apply to businesses with 100 or more employees, is expected to set off a new round of litigation with nationwide impact.

Opponents are likely to challenge OSHA’s authority to implement such a sweeping rule. Lawmakers at GOP-majority legislatures in Texas and elsewhere also are weighing options for undercutting federal vaccine mandates in ways that might escape being directly preempted by the federal OSHA regulation—if it survives court scrutiny. Such laws could in turn face legal action.

His bill would require employers to grant exemptions to vaccine mandates for medical reasons, if one has acquired immunity from a prior Covid-19 infection, or for reasons of “conscience,” including religious and other objections.

“What we’re saying is that in the state of Texas, that if you want to enforce that and have it binding, that you have to offer these three exemptions,” Oliverson added. “And if you do that, then no problem.” 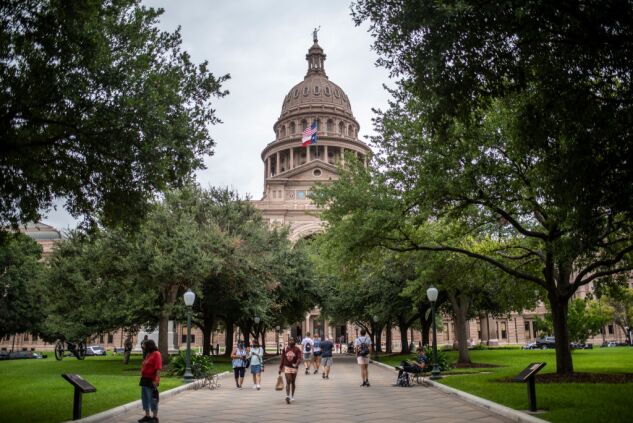 Ian Kullgren: While America’s supply chain crisis has focused attention on shipping backlogs at ports, there’s another problem festering on land—short-haul truckers are moving on after years of poor working conditions and what they view as misclassification as independent contractors, worker advocates and attorneys say.

The drivers typically make short trips, picking up cargo at the docks and ferrying it to local warehouses, where it’s sorted and sent across the country. Companies classify these drivers as independent contractors, paying them by the load instead of hourly—and require them to pick up their fuel and repair costs along with the cargo shipments that help power the economy.

Many of the drivers have had it, in large part because they’re not paid for time spent waiting in line at dysfunctional ports.

The practice is common even in the highly regulated state of California, home to major ports in Los Angeles and Long Beach. Worker advocates have estimated that 65% of the nation’s port truckers are misclassified.

In a statement after discussing supply chain woes with President and port officials last week, Teamsters President James P. Hoffa said “nothing would change” until the workers are treated as employees.

“If people can make an adequate wage with good working conditions, they will come to work,” Hoffa said. 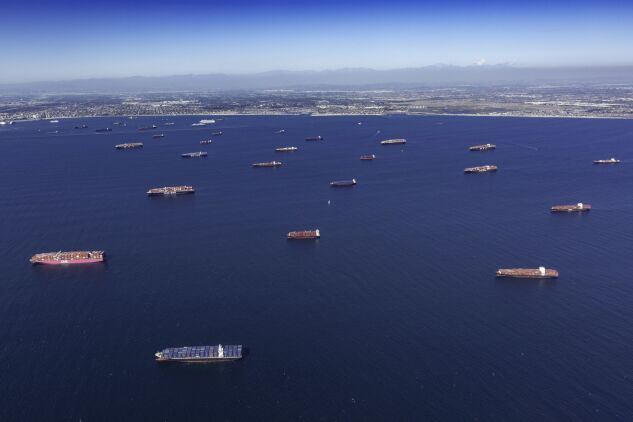 Port drivers meet multiple legal tests to be considered employees, and courts routinely find that individual workers have been cheated out of overtime and other benefits, said Julie Gutman Dickinson, a partner at Bush Gottlieb who has represented the Teamsters’ port division. But without greater enforcement, she said, it’s easy for companies to get away with repeat offenses.

“It is really just mind boggling in this day and age in this country, in progressive California, that we have modern-day sharecroppers,” Dickinson said.

The California labor commissioner’s office in recent years has awarded more than $50 million to 500 truckers who said they were misclassified, the Los Angeles Times reported. And state lawmakers in California have tried to at least make the problem known through public listing of offenders.

But the settlement didn’t require the company to start classifying drivers as employees.

“In the ports, it’s emblematic of the problem,” said Cathy Ruckelshaus, general counsel and legal director for the National Employment Law Project. Even if truckers want to work, she said, supply chain problems can make it near impossible without employment protections.

“They’re in such a precarious place that any little thing can push them over into not being able to make their payments,” she said.

To contact the reporters on this story: in Atlanta at cmarr@bloomberglaw.com; in Washington at ikullgren@bloombergindustry.com