Bruce Rolfsen: The Centers for Disease Control and Prevention reported during the week ending July 17 that 30 nursing home workers died from Covid-19, the most in one week since February 2021.

The resurgent numbers, more than two years into the coronavirus pandemic, are making worker advocates anxious about OSHA’s schedule to enact a permanent rule to protect health-care employees from Covid-19 infections.

Since last winter, the Occupational Safety and Health Administration has pointed to a September or October time frame as the agency’s target for enacting the rule. But doubts are surfacing that OSHA won’t meet its deadline.

One still-to-come obstacle for the rule is a mandatory review by the White House’s Office of Information and Regulatory Affairs. The temporary version of the Covid rule was at OIRA for 42 days in 2021.

“With OIRA review required, September sure looks unrealistic and October optimistic at best,” said Randy Rabinowitz, an attorney with the Occupational Safety and Health Law Project, who is representing the AFL-CIO in a D.C. Circuit case that seeks to accelerate the rule’s release. There’s been no decision as of Aug. 5.

Secretary of Labor Marty Walsh’s comments about the rule during a Senate hearing in June added to the union anxiety.

“I believe it’ll be done in the next three to six months,” Walsh told the Senate’s appropriations subcommittee. That could move the final rule’s release into December.

OSHA continues to stand by the early fall timeline, although with caveats.

In a July 25 filing with the US Court of Appeals for the District of Columbia Circuit, OSHA Assistant Secretary of Labor Doug Parker told judges the agency “remains on track to complete a final healthcare standard in the September to October timeframe.”

Parker hedged, however. “Changes in the science or course of the pandemic in the coming months may require the Agency to reevaluate policy decisions, which could significantly change this timeline.” 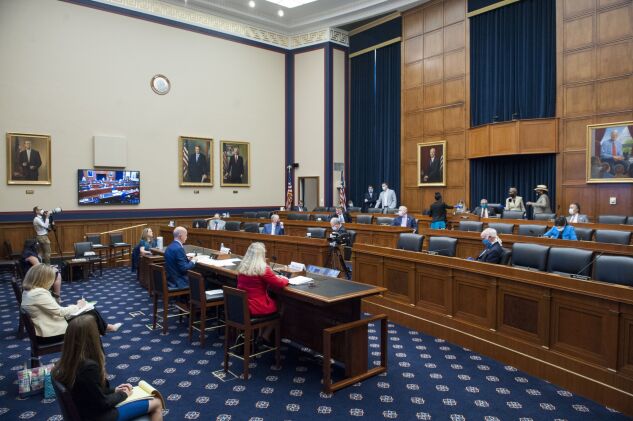 Rebecca Rainey: What’s the status on independent contractor regulation? The Department of Labor will give the US Court of Appeals for the Fifth Circuit an update on its rulemaking to define independent contractor status under federal wage and hour law this week, potentially providing a peek at the agency’s planned timeline for the rule.

A status report is due Tuesday in the administration’s appeal of a Texas court’s ruling invalidating an earlier Biden DOL regulation on independent contractor status. That rule rescinded a Trump-era standard that made it easier for businesses to classify their workers as independent contractors.

The appeal is now paused while the DOL pursues another rule to outline its approach to the issue, but the court required the agency to provide updates on its progress every 60 days.

The DOL sent its new proposed rule to the White House budget office for review on July 5, the last step before it’s released to the public. The review process can take several weeks, but the budget office doesn’t have any scheduled stakeholder meetings on the proposal past Aug. 5.

J. Edward Moreno: When the National Academies of Sciences released its long-awaited study on pay data the EEOC previously collected from employers in 2019 and 2020, the commission’s Democratic chair and its Republican members came out with notably different takeaways.

The report found that pay data reporting can help the US Equal Employment Opportunity Commission detect instances of pay discrimination, but it included a laundry list of recommendations to improve the collection of pay data in the next go around. The agency hasn’t yet indicated how it will move forward.

In her statement, EEOC Chair Charlotte Burrows said the study “confirmed what we at the EEOC have long known – collecting and analyzing pay data can be a useful tool in preventing and combating pay discrimination in American workplaces.”

But Republican commissioners Janet Dhillon, Keith Sonderling, and Andrea Lucas each released statements saying the main takeaway from the report was that the agency’s first attempt at collecting pay data was deeply flawed. Any future collection of pay data should go through a rulemaking process and take into account perspectives from the employer community, they said.

One of the recommendations was to eliminate the 12 pay bands previously used, and expand the 10 job categories, which the panel found were too broad.

“They did a better job of describing the US economy in 1965 than they do today,” Don Tomaskovic-Devey, a sociologist at the University of Massachusetts Amherst who worked on the report, said during a webinar Aug. 2.

For the employer community, the biggest concern remains the level of burden a pay data reporting requirement may impose. Reporting individualized pay data could be costly and present liability, some have argued.

Tomaskovic-Devey noted that employers already provide similar pay data to certain state agencies, federal agencies in other countries they operate in, and the Social Security Administration.

“This is something employers know how to do and they do it well,” he said.