Confronted by record-high temperatures stretching from the Pacific Northwest across the U.S., the federal Occupational Safety and Health Administration has been relying on a 51-year-old statute as its bulwark for compelling employers to protect workers from being felled by the heat.

The U.S. National Weather Service recorded this past June as the hottest on record for many parts of the Northwest. And historic temperatures are expected to increase over time, as 19 of the warmest years on record have occurred since 2000, according to NASA data.

Part of the agency’s original 1970 enabling legislation, the clause is the same provision upon which it leaned heavily during the onset of the coronavirus pandemic.

Just a few states—including Washington, California, and Minnesota—have rules on the books addressing the safety of those toiling in record heat. The heat-related death of a worker at Ernst Nursery and Farms in Oregon has reignited the conversation about exposure to extreme temperatures there.

“Our hearts are broken, it’s being investigated and we have no other information,” an Ernst representative said last week when called for comment. “We are very sad about this whole thing.”

Oregon’s OSHA last month issued a statement warning employers of the inherent dangers of outdoor work in high heat. “Exposure to heat can lead to headaches, cramps, dizziness, fatigue, nausea or vomiting, and even seizures or death,” the agency said, noting that 46 people in the state have received workers’ compensation benefits arising from heat-related maladies since 2016. But it’s June 24 release cited no specific rule or regulation with which businesses must comply.

Gov. Kate Brown in March last year issued an executive order directing the Oregon Health Authority and the state’s occupational health and safety agency to jointly develop a proposal for standards to protect employees from workplace exposures to excessive heat and wildfire smoke. It hasn’t yet been issued.

Andrews added that the agency’s “actively investigating” the Ernst Nursery fatality, a probe she said would take roughly three to four months. 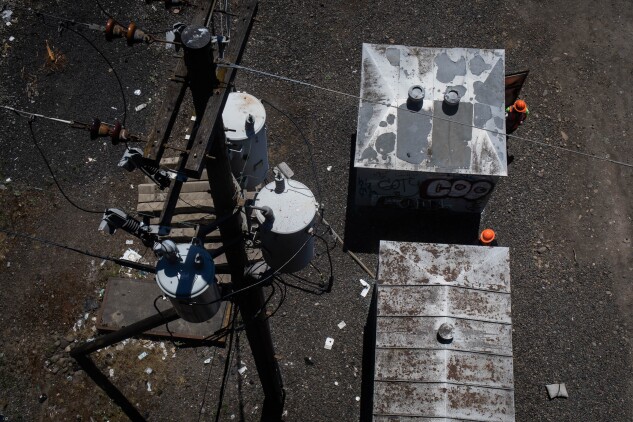 Few Rules on the Books

California employers must provide training, water, and shade and develop planning procedures for workers under the state’s heat illness rule. Frank Polizzi, a spokesman for the state safety agency, said in an email that it’s conducting “targeted inspections during periods of high heat at worksites where workers are most vulnerable to heat illness.”

Washington employers are required to take steps to protect employees working outdoors from heat illness from May through September, provide annual training, increase the amount of water available and create a heat exposure prevention plan, according to the state’s Department of Labor and Industries website.

Former federal OSHA chief of staff Debbie Berkowitz said she doesn’t have much faith the U.S. agency will successfully and quickly implement a heat stress rule.

“The reality is that it takes OSHA decades to issue a standard and when they have to cross administrations, everything dies,” said Berkowitz, now the worker health and safety program director for the National Employment Law Project. “With the OSHA Biden took over, the agency is completely depleted with its staff and they have to rebuild the agency,” she said in a telephone interview.

Daniel Kaplan, a partner with Foley & Lardner LLP in Madison, Wis., and co-chair of the firm’s labor & employment practice, said a federal OSHA heat stress rule could be useful if it’s clear about how employers should comply.

Cal/OSHA’s outdoor heat standard could be a good model because it’s detailed and understandable, Kaplan said. When it’s summer in California, he advises clients to make sure they have a heat illness prevention plan required by the rule. Inspectors will ask to see it, he said.

The California rule, in general, requires employers to have a heat stress prevention program and sets requirements for two temperature levels—when the temperature exceeds 80 degrees and 95 degrees.

For employers under federal OSHA, Kaplan said a good starting point for deciding what should be done is checking their precautions against the U.S. agency’s guidance in heat stress section of its Technical Manual.

The guide lays out the need for acclimatization of workers and teaching workers to recognize heat stress symptoms. The manual also recommends ways to reduce heat stress such as providing shade, cool drinks, and changing work schedules to avoid the hottest part of the day.

While the U.S. OSHA is taking its first steps toward adopting a heat stress rule covering outdoors and indoors workers, the agency isn’t scheduled to release a request for information on the pros and cons of a regulation and what such a rule could cover until October. (RIN:1218-AD39).

Construction, professional services, and agriculture workers are some of the most vulnerable populations susceptible to heat-related deaths, according to the Center for Construction Research and Training. More than 80 U.S. construction workers suffered heat-related deaths from 2011 to 2016, organization officials stated in a June 29 presentation.

Issues for which federal OSHA is likely to seek comment include heat stress thresholds, heat acclimatization planning, exposure monitoring, and medical monitoring, according to its regulatory agenda issued last month. The decision to consider a heat stress regulation is an about face for the agency, which turned down petitions to undertake such a rulemaking during the Obama and Trump administrations.

Democrats in the House and Senate earlier this year introduced companion bills (H.R. 2193; S. 1068) that if they became law would mandate OSHA issue a proposed heat rule within two years of the law’s enactment and issue a final rule within 3½ years. Neither bill has been scheduled for a committee hearing.

The 2020 Senate bill was sponsored by then-Sen. (D-Calif.). “It is absolutely unconscionable that workers in industries from agriculture to construction face excessive heat conditions for hours each day with no protections for their health and safety,” Harris said in a statement announcing the bill at the time.

How Employers Are Faring

OSHA’s use of the general duty clause to cite employers for heat stress hazards has had mixed success.

The federal agency in March cited a farm labor contractor, Valley Produce Harvesting and Hauling Co. of Belle Glade, Fla., for one willful general duty clause violation, for not protecting sugarcane harvesters and proposed a $136,532 fine, the maximum allowed for a single violation.

OSHA and Valley Produce reached an informal settlement with the employer agreeing to a $81,919 penalty for the violation, according to agency enforcement records.

When employers appeal citations to the Occupational Safety and Health Review Commission, the agency has often sided with employers.

In a 2019 ruling—Secretary of Labor v. A.H. Sturgill Roofing—the review commission in a 2-1 vote found the general duty clause citation hadn’t adequately shown a link between laboring on a commercial roofing project all morning and a temporary worker’s death at a hospital 21 days later.

Calhoun’s decisions are under review by the commission.