Workers for a roofing company carry buckets with debris while working on a roofing job.
Photographer: Justin Sullivan/Getty Images

The likelihood of private industry workers sustaining injuries or illnesses on the job declined for the sixth consecutive year in 2017, down 0.1 percentage points, the Bureau of Labor Statistics estimated in a Nov. 8 report.

The private industry rate has almost continually improved since 2003, when it stood at five. The only year it hasn’t fallen during that time is 2012, when the rate didn’t change from the prior year. 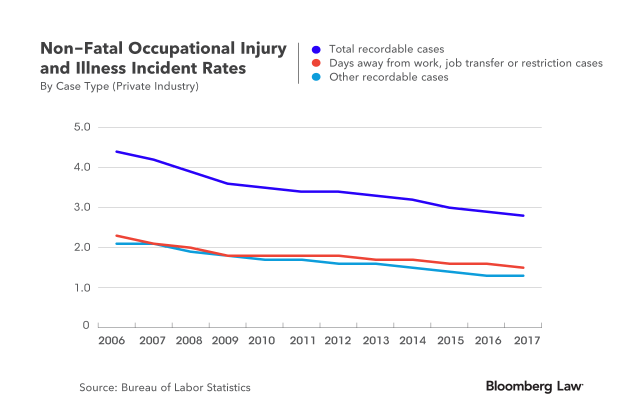