The question of whether a federal regulation is needed to protect workers from Covid-19 infection was the focus of the Senate confirmation hearing for OSHA nominee Doug Parker, who argued that an emergency rulemaking could withstand a legal challenge.

Parker is chief of the California Division of Occupational Safety and Health, where he oversaw development of the Covid-19 emergency rule the state enacted in November. Appearing alongside two other Biden administration nominees for U.S. Labor Department posts, Parker testified that he doesn’t believe a choice has to be made between a strong economic recovery and job safety for workers.

If the federal Occupational Safety and Health Administration issues a nationwide rule, the government will be able to prove in court that Covid-19 continues to pose a “grave danger” to workers—the threshold that must be met to pursue an expedited emergency rulemaking, Parker said at the hearing Thursday.

The agency has been working on an emergency regulation for months, and the proposal has been under review at the White House’s Office of Information and Regulatory Affairs since April 26. Worker advocates had hoped the standard, which has yet to be released, would have been enacted by late March, in keeping with a deadline President had set.

If a federal standard is released, employers are expected to challenge it in court on the grounds that OSHA can’t justify issuing an emergency rule because there is no longer a grave danger.

Sen. (R-N.C.), ranking member of the Senate Health, Education, Labor, and Pensions Committee, questioned Parker about whether he thought an emergency rule was needed, given the vaccination program’s progress and more permissive mask guidance from the Centers for Disease Control and Prevention.

“America will open safely because of vaccines, not because OSHA throws a new rule book at business owners,” Burr said.

Committee Chairwoman (D-Wash.) said it was “critical” for OSHA to issue its Covid-19 rule. “An OSHA emergency temporary standard is long overdue,” she said, adding: “I urge the administration to act now.”

Parker, the nominee to lead OSHA as assistant secretary of labor for occupational safety and health, said that while vaccines are a “key element” in the fight against Covid-19, there is still a substantial risk to workers who aren’t vaccinated and that a federal standard would protect them.

“I believe we need to finish the fight,” Parker said.

He defended Cal/OSHA’s Covid-19 rule, responding to a question from Burr by saying that it led to California now having one of the lowest infection rates in the nation.

“I don’t regret what we did, senator, because I believe that it saved lives in California,” Parker said. 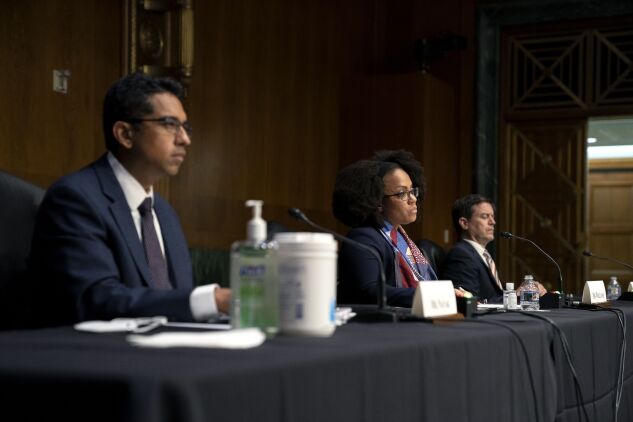 Burr also questioned Parker on the role unions would play in drafting OSHA rules and guidance. Parker said he would pursue stakeholder input in an “even- handed” fashion, and not grant organized labor access that wasn’t available to employers.

Answering one of the few questions not focused on Covid-19, Parker said hiring more inspectors, investigators, and administrative staff would be “the top priority,” if confirmed. He said he wants to determine if the recruitment and hiring process can be accelerated and consider why qualified candidates would decide not to join OSHA.

While OSHA staffing will be a factor in the Labor Department’s share of fiscal 2022 funding, Congress has already approved $75 million for the agency to spend through fiscal 2023 to create more enforcement positions.

Both Nayak and Williams held political roles during the Obama administration at the respective subagencies they’ve now been selected to lead.

If confirmed to head the DOL’s policy office, Nayak would be charged with coordinating the regulatory agenda across the entire department.

He told the committee that when reviewing regulations, he’d prioritize high-quality economic analysis and stakeholder engagement, which are two traditional principles of rulemaking. But he outlined a third regulatory priority that would mark a change in philosophy: “assessing equity.”

This would entail “understanding the impact of everything the department does on stakeholders who might otherwise be left behind,” Nayak said. “Depending on the context, that could be women, people of color, people with disabilities, immigrants, or a very diverse world of small business owners.”

Williams continued the equity theme by stating that she would focus on leveraging DOL’s disability employment office to work across the federal government to help eliminate economic barriers for people with disabilities. 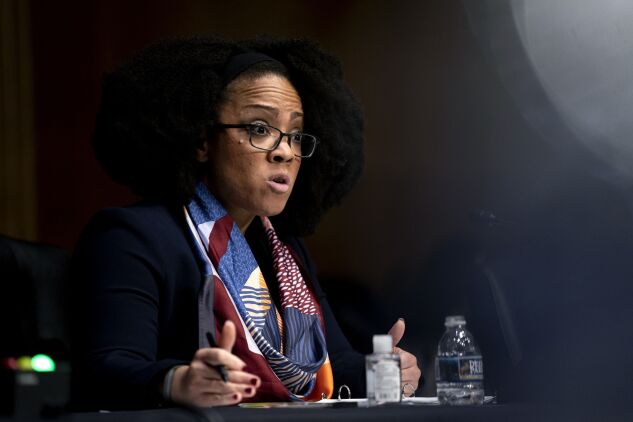 While the pandemic has added urgency to this matter, “frankly, we’ve had data available since 2009 that shows there is work to be done to really address the unfinished business of the” Americans with Disabilities Act, “and that is achieving economic security for people with disabilities.”

Lessons From the Pandemic

After the three Republican members in attendance focused their questioning entirely on Parker, the second half of the hearing consisted exclusively of questions from Senate Democrats, who expressed interest in collaborating with Nayak and Williams on a range of issues within their prospective portfolios.

Nayak spoke with Sen. (D-Va.) about the need to help formerly incarcerated Americans re-enter the workforce. He also pledged to work with several Democrats on ways to improve the nation’s workforce development system to ensure it’s supporting workers separated from their jobs as a result of the pandemic.

Williams found common ground with the committee’s chair when Murray asked her how employers can rebuild the economy inclusively while learning lessons from the pandemic.

“I want to ensure we are leveraging those partnerships” with employers and “taking a critical eye towards” some of the pandemic’s lessons around workplace flexibility and use of technology, which don’t just apply to people with disabilities, she added. “As we have found out throughout this pandemic, they are policies that can support everyone in ensuring that they can stay connected to work.”