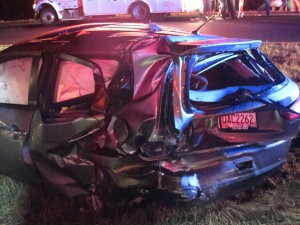 A closely-watched case reviving negligence claims against over a speed-recording photo and video feature may mean that a smart phone app maker, for the first time, could be held liable for injuries from distracted driving.

“This product in particular is different and egregious” compared to other apps, an attorney for the plaintiffs, Naveen Ramachandrappa of Bondurant Mixson & Elmore LLP in Atlanta, told Bloomberg Law.

Wentworth Maynard alleges a Snapchat user, Christal McGee, crashed into his car while trying to get the app’s speedometer “filter” to record her going over 100 miles per hour so that she could post it in a message to her friends.

Maynard’s brain injuries are severe, according to his lawyers, and his wife also is pursuing a loss-of-consortium claim.

Maynard’s lawyers also said in their 2016 complaint that McGee was 18 years old at the time of the accident and that she was trying to earn a Snapshot user “trophy” by driving so fast.

McGee, who herself was injured, posted a Snapchat photo after the accident, according to a statement released at the time the complaint was filed from the The Law Offices of Michael L. Neff, PC, one of the firm’s representing Maynard. Her post allegedly said, “Lucky to be alive.” 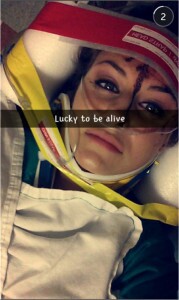 McGee herself, however, is disputing her alleged Snapchat usage, as is the company. McGee has even filed a defamation complaint in a Georgia state court against attorney Michael Neff and his firm, saying she wasn’t using the messaging app around the time of the accident.

Neither Neff, nor the attorneys representing McGee and Neff, returned requests for comments about McGee’s case which is still pending.

While the facts of McGee’s usage remain to be worked out, Maynard’s suit against Snap has cleared a big initial hurdle that has tripped up many other suits against social media companies.

On June 5, a Georgia appeals court overturned a trial judge and said the case could proceed despite a federal law that protects online content providers from posts and other information that they publish.

Here, the appeals court said, McGee hadn’t actually posted her speed in a Snapchat video or photo, according to the allegations. She’d only allegedly recorded herself with the “speed filter” with the plan to post it.

This isn’t the first, and far from the only, time the company’s speed app has allegedly led to injuries, and even death.

In another very recent incident in Georgia, another teenage driver is being criminally charged for the death of her friend while she was using the app to record high speeds, NBC’s WXIA-TV reported.

The Georgia court’s ruling could have major implications for other app makers.

“It’s incredibly important and instructive that we’re seeing a court of appeals take seriously the impact of technology that’s designed for the purpose of entertainment, and how it can have a public safety impact,” Jason Levine, executive director of the Center for Auto Safety, told Bloomberg Law.

Many cases against makers of smartphones or their applications have stopped short at the drivers’ conduct. Reckless driving cuts the causal connection to smart phone makers like Apple Inc., app developers, and other tech companies, courts have largely said so far.

The case also is a positive sign for plaintiffs’ attorney Gregory P. Love, who is currently pursuing a pair of wrongful death and personal injury cases against Apple. 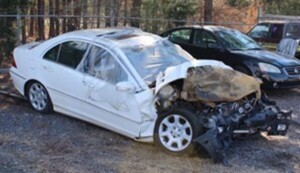 The problem with smartphones that have apps “is that they bake distraction into the design of the phone,” Love, of The Love Law Firm PC in Henderson, Texas, told Bloomberg Law. “The more the device is used, the more money for those companies.”

“They are designed to be distracting, whether you’re in a park, your kitchen, or in a car going 100 miles an hour,” Love said. “All of the data suggests that it’s damned near impossible not to look at these devices.”

Levine, of CAS, agreed. “The corporate argument that consumers are making bad decisions is a cop-out,” he said. “People don’t seem to be able not to use it.”

One of Love’s cases alleges two women were killed, and a grandson of one of the women rendered a paraplegic, in Texas when a 21-year-old driver allegedly driving at highway speeds and texting crashed into their car.

In the other case, a teenage driver traveling at high speeds in California while using FaceTime, an Apple-installed application that permits real-time video and audio communication between iPhone users, allegedly caused a crash that killed a 5-year-old girl and seriously injured other members of her family.

Both suits allege the drivers’ iPhones were defective because the phones were negligently designed to capture and keep the attention of drivers. They also lack lock-out features that would have prevented most of the smartphones’ features from operating in moving vehicles.

The cases were dismissed at the trial level, but the Texas case is on appeal before the U.S. Court of Appeals for the Fifth Circuit, and the California case is proceeding before a state appeals court.

But some attorneys and others who are closely watching app-maker liability in distracted driving cases are skeptical that, even with the new Georgia decision, the suit against Snapchat will, or should, succeed.

Stan Van Meter, the chief executive officer and owner of an anti-distraction technology company, FleetMode, said in an email, “Snapchat is a tool, and it can be used for good or for bad.”

That is, however, what the plaintiffs allege. Maynard alleges in his complaint that Snapchat knew its “users might put themselves or others in harm’s way in order to ‘Capture a Snap.’”

He also alleges the app maker had “actual knowledge” of other instances of high-speed, injury-causing crashes and, nonetheless, did not remove the speed feature before the accident.

Some other plaintiffs’ attorneys, though, wonder if the facts are still enough to hold the social media company liable.

“Their cause of action is based on an allegation that the device encourages someone to use Snap Chat as a thrill-seeking device,” Todd Clement, of The Clement Firm in Dallas, told Bloomberg Law. “That’s an intriguing issue, but it’s also like saying that there’s a cause of action for every radar detector that’s out there.”

“The device just allows documentation of speed,” said Clement, who represents plaintiffs in distracted driving cases. “You can just as easily document someone driving at 35 miles per hour.”

Lori G. Cohen, an attorney for Snap with Greenberg Traurig LLP in Atlanta, said the company is still evaluating whether to seek an interlocutory appeal. She declined to comment further.

Snap didn’t respond to requests for comment. Neither did Apple.

(Added information to top of story related to McGee disputing the allegations about her Snapchat usage. )