Judges on Connecticut’s highest court repeatedly pressed an attorney for Remington Arms Co. about why advertisements for its AR-15 semiautomatic rifle touted its ability to “single-handedly” overcome “forces of opposition.“

“If it’s used for hunting or for target practice, what’s the purpose of that?” Justice Richard Palmer asked Nov. 14 at a packed hearing in the Connecticut Supreme Court, where families seek to revive a lawsuit against the company over the 2012 Sandy Hook Elementary School massacre by Adam Lanza using the company’s assault weapon (Soto v. Bushmaster Firearms Int’l, LLC, Conn., No. SC-19832, oral argument 11/14/17). 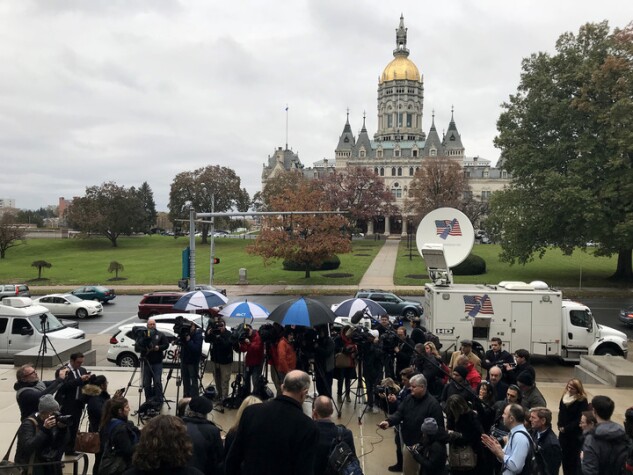 People speak on the steps of the Connecticut supreme court on Nov. 14 after a hearing to revive their lawsuit.
Photographer: Erik Larson/Bloomberg
To read the full article log in. To learn more about a subscription click here.
© 2020 The Bureau of National Affairs, Inc.
All Rights Reserved