shares surged as much as 62% in New York trading after ET Now reported that is considering buying the cosmetics giant.

Revlon, owned by billionaire ’s , suffered during the pandemic after years of declining sales and endured financial controversies that the company said Thursday could “impede” its restructuring process. 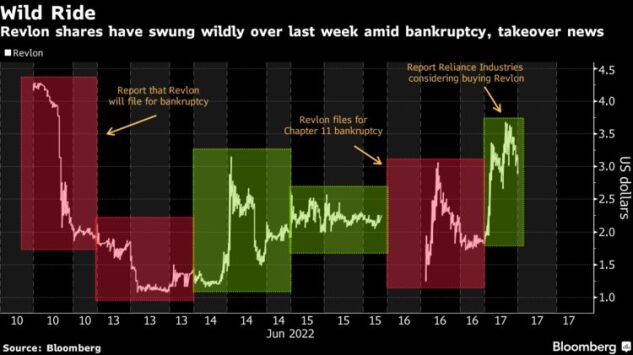