In the last three years, a fire, a pandemic and now a cyberattack have disrupted the U.S. meat industry. The common thread between these very different incidents is that they show a highly concentrated market with little margin for error. A ransomware attack on , the largest meat producer globally, at the end of May nearly a fifth of America’s meat production and idled JBS plants as far afield as Australia and Canada. The disruption raised anew questions of whether the dominance of a few giant companies has undermined resilience in the sector, and comes at a time when market concentration is being scrutinized in a wide range of fields.

1. How concentrated is the meat market?

In the U.S. beef industry, about 80% of cattle-slaughtering is done by four companies; in the U.S. hog market, the same number of firms account for more than 70% of capacity. Globally, red meat and poultry production has remained fragmented but the world’s biggest protein companies, including JBS and Tyson Foods Inc., have been expanding into Europe and Asia to meet surging demand. Meanwhile, Smithfield Foods Inc., the world’s largest pork producer, is owned by Hong Kong-listed WH Group.

Consolidation has grown significantly over the last decade, as the biggest companies seek to use their size to offset the boom-and-bust cycles of livestock and grains markets. Drought nearly 10 years ago sent animal-feed prices to record highs and crushed cattle profits, prompting some companies to exit the business. Economies of scale have also proved important during a time of global growth in meat demand. The bigger firms are better able to take on the risks and long timeline involved in opening new plants, including finding a location where a community welcomes a large and perhaps smelly facility. Finding enough workers and also animals to slaughter is another challenge. Some existing meat companies have even complained recently about the skyrocketing cost of building materials.

3. How has that worked out?

Up until recently, it’s worked out fairly well for them. Prior to the pandemic, U.S. production of pork and beef had grown every year, respectively, since 2014 and 2015 to satisfy a rising global taste for meat. But in August 2019, a fire at a cattle-slaughtering plant in Holcomb, Kansas, shocked the market: cattle prices plummeted while beef prices soared. That dynamic was even more pronounced in 2020 when lockdowns forced by the Covid-19 outbreaks prompted limited meat shortages -- such as a . With thousands of plant workers sickened, food supplies slowed into the restaurant and retail channels and the meat giants faced criticism for not protecting workers. With prices rising, the farmers who raise cattle, hogs and chickens have complained about rising inequities in the market -- that while consumers are paying more for meat, the farmers are not sharing the profits.

4. What does that mean for farmers and consumers?

Six farm and cattle trade groups united in May behind demands for meatpackers to disclose more information on cattle purchases, and for the Justice Department to publicly report on an antitrust investigation it launched a year earlier into the four major beef processors. Sixteen members of Congress wrote the DOJ the same day pressing for a progress report on the probe. Two bills have been introduced in Congress to require more transparency in pricing through negotiated markets instead of private contracts, in the hopes that it will give producers more leverage in transactions. The Agriculture Department also is planning to use some funds from the Biden administration’s $1.9 trillion rescue plan to help small- and medium-sized meat processors expand operations, possibly using loan guarantees or grants, with goals to make the industry more resilient to disruptions. 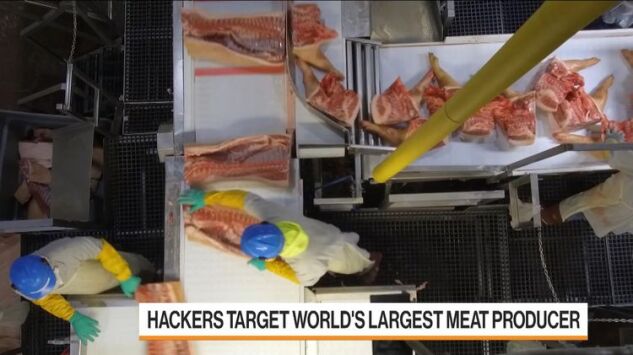 WATCH: JBS SA, the world’s largest meat producer, is aiming to reopen most U.S. beef plants after being targeted in a cyberattack that impacted global operations.
Source: Bloomberg

5. How are the meat producers doing?

Packers are prospering. Tyson Foods Inc., the largest U.S. meat company, in May reported record margins of 11% for beef in its second quarter. The company’s stock is up 24% so far this year, double that of the benchmark S&P 500 index. JBS SA’s shares are up more than 30% in 2021.

To contact the reporter on this story:
in Chicago at mhirtzer@bloomberg.net