An employee sits in the passenger seat of a Toyota Prius car, operated by Yandex, as it takes part in a self-driving taxi trial on a test track near Moscow, Russia, on Aug. 25, 2019.
Photographer: Andrey Rudakov/Bloomberg

Transportation Secretary wants to prevent companies from taking self-driving car research outside the U.S., as Congress has yet to produce legislation to regulate the technology.

Chao, speaking at a Las Vegas technology conference Wednesday, outlined guidance developed with the White House on how more than 30 federal departments and agencies will promote unified federal rules on self-driving cars under development by companies including , , , and

The laws governing self-driving cars currently vary by state. Companies have said they’ll test the technology outside the U.S. if the government fails to create consolidated regulations.

“The federal government is all in,” Chao said in her speech Wednesday in announcing the fourth iteration of the agency’s guidance on self-driving cars. The previous one was released in October 2018. 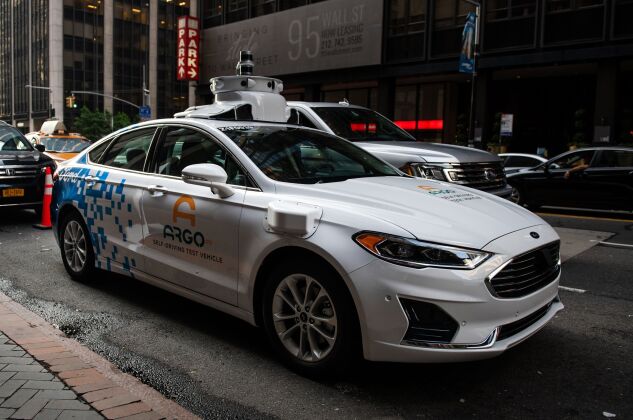 Congress has tried in vain to provide that federal framework. Lawmakers are developing legislation that would addresses how federal, state, and local governments should balance the regulation of the technology, according to the drafts. At least 29 states have already enacted their own laws related to autonomous vehicles, according to the National Conference of State Legislatures.

House Energy and Commerce ranking member (R-Ore.) and committee colleagues called on Congress in a statement Wednesday to deliver a self-driving car bill so that Americans can see the technology’s benefits “here at home, rather than abroad.”

Under the new guidance, the administration will generally seek “performance-based” regulations that are as “non-prescriptive as possible,” so that companies can test a wide range of self-driving car technology without government roadblocks. Companies testing self-driving cars are subject to Federal Motor Vehicle Safety Standards, the regulations specifying the design, construction, and performance requirements for cars. They have to obtain exemptions to those standards from the National Highway Traffic Safety Administration to test autonomous cars, and the number of exemptions available are limited.

“You have a federal government that has come together that has said we want the U.S. to lead in this domain,” said Michael Kratsios, U.S. chief technology officer, at the conference.