Air travelers won’t need REAL ID-compliant forms of identification until 2025, the latest extension of security standards that were set to take effect next May.

The Department of Homeland Security has repeatedly pushed back the enforcement date for travelers, which was originally set for 2020, citing state licensing agencies’ inability to issue new driver’s licenses and ID cards fast enough during the Covid-19 pandemic.

“This extension will give states needed time to ensure their residents can obtain a REAL ID-compliant license or identification card,” Secretary Alejandro Mayorkas said in a statement. “DHS will also use this time to implement innovations to make the process more efficient and accessible.”

Lawmakers enacted the REAL ID Act of 2005 to address recommendations of the 9/11 Commission, but compliance has lagged due to federal bureaucracy, state-level resistance, and the pandemic. The new deadline is May 7, 2025.

The law set nationwide standards for state-issued licenses and IDs, requiring all applicants to meet the same minimum documentation requirements. REAL ID-compliant cards are required for commercial air travel and access to some government facilities and nuclear power plants under statute. 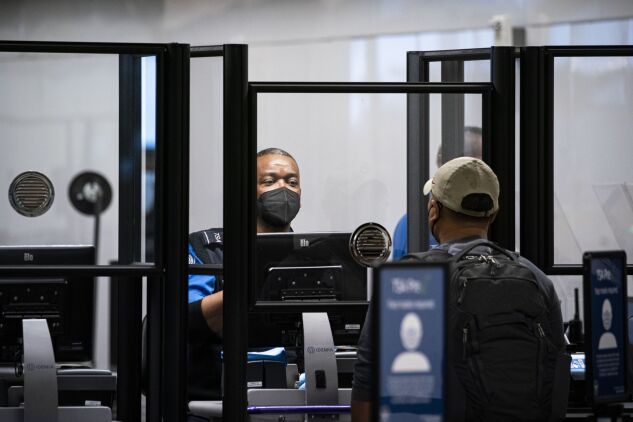 DHS released regulations in 2008 and phased in the standards in the following years, but the agency repeatedly extended final compliance deadlines as states struggled to overhaul their license-issuance processes.

All states, Washington, D.C., and most US territories are now issuing REAL ID-compliant cards, but the Covid-19 pandemic shifted state license renewal timelines and created further delays. As of April 2021, fewer than than half of state-issued licenses and ID cards were compliant.

DHS’s Transportation Security Administration had been alerting travelers to the planned May 3, 2023, deadline in recent weeks, warning that they’d be unable to board flights without a compliant ID or a passport. The US Travel Association argued earlier this year that sticking to that timeline would disrupt domestic travel.