Gas stations along the U.S. East Coast are beginning to run out of fuel as North America’s biggest petroleum pipeline races to recover froma paralyzing cyberattack that has kept it shut for days.

From Virginia to Florida and Alabama, stations are reporting that they’ve sold out of gasoline as supplies in the region dwindle and panic buying sets in. An estimated 7% of gas stations in Virginia were out of fuel as of late Monday, according to GasBuddy analyst .

The White House said in a statement it is monitoring the situation and directing government agencies to help alleviate any shortages. . said it’s manually operating a segment of the pipeline running from North Carolina to Maryland and expects to substantially restore all service by the weekend. 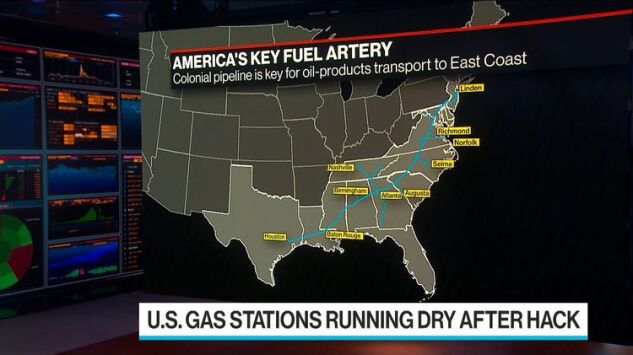 WATCH: Gas stations along the East Coast of the U.S. are selling out of supplies as the largest North American pipeline remains shut from a cyberattack.
Source: Bloomberg)

The Colonial pipeline has been shut down since late Friday. On Monday, the pointed the finger at a ransomware gang known as DarkSide. While President stopped short of blaming the Kremlin for the attack, he said “there is evidence” the hackers or the software they used are “in Russia.”

Colonial Chief Executive Officer and a top lieutenant assured Deputy Energy Secretary David Turk and state-level officials that the company has complete operational control of the pipeline and won’t restart shipments until the ransomware has been neutralized.

The dwindling supplies come just as the nation’s energy industry was preparing to meet stronger fuel demand from summer travel. Americans are once again commuting to the office and booking flights after a year of restrictions. Depending on the duration of the disruption, retail prices could spike, further stoking fears of inflation as rally worldwide.

The U.S. East Coast is losing around of gasoline supply due to the disruption, according to a note from industry consultant FGE.

In Asheville, North Carolina, Aubrey Clements, a clerk at an Exxon Mobil station answered the phone with “Hello, I’m currently out of gas.” The Marathon gas station in Elizabethtown, North Carolina, had roughly two dozen cars waiting to fuel up, said an employee there. Drivers pulling into a station with a sign offering unleaded gasoline for $2.649 per gallon in Manning, South Carolina, were met with pumps covered in yellow and red “out of service” bags.

Shortages are also hitting the aviation industry, forcing American Airlines Group Inc. to add to two long-haul flights originating from Charlotte, North Carolina. Airlines flying out of Philadelphia International Airport are burning through jet-fuel reserves and the airport has enough to last “a couple of weeks,’ a spokeswoman said.

In an 18-minute virtual meeting, Blount said Colonial is working with refiners, marketers and retailers to prevent shortages, according to a person involved with the meeting who wasn’t authorized to speak publicly about the discussion. The pipeline serves 90 U.S. military installations and 26 oil refineries, the person said.

The shutdown has prompted frenzied moves by traders and retailers to secure alternative supplies. Oil tanker charter rates in the U.S. with refiners scrambling for ships to store fuel that has nowhere to go.

Emergency shipments of gasoline and diesel from Texas are already on the way to Atlanta and other southeastern cities via trucks, and at least two began trimming output amid expectations that supplies will begin backing up in the nation’s oil-refining nexus.

The national average retail gasoline price rose to $2.967 a gallon on Monday, a 2.4% increase from Friday, according to AAA. The for wholesale gasoline in the New York area expanded to its widest in three months.

Gasoline futures that initially surged as much as 4.2% earlier this week have since declined. Futures prices had gained more than 50% this year, helped by the recovery from the pandemic.

The event is just the latest example of critical infrastructure being targeted by ransomware. Hackers are increasingly attempting to infiltrate essential services such as electric grids and hospitals. The escalating threats prompted the White House to respond last month with a plan to increase security at utilities and their suppliers. Pipelines are a specific concern because of the central role they play in the U.S. economy.

Ransomware cases involve hackers seeding networks with malicious software that encrypts the data and leaves the machines locked until the victims pay the extortion fee. This would be the biggest attack of its kind on a U.S. fuel pipeline.

DarkSide said in a on the dark web that it wasn’t to blame and hinted that an affiliate group may have been behind the attack. The group promised to do a better job of screening customers that buy its malware.

Government officials Colonial on whether it ought to pay the ransom, Deputy National Security Adviser for Cyber and Emerging Technologies said during a briefing.

“It’s an all-hands-on-deck effort right now,” said U.S. Commerce Secretary . “We are working closely with the company, state and local officials to make sure that they get back up to normal operations as quickly as possible and there aren’t disruptions in supply.”

The White House an inter-agency task force to address the breach, including exploring options for lessening its impact, according to an official. Biden can invoke an array of to ensure supplies keep flowing to big cities and airports along the East Coast.

Some rules curbing domestic transportation of fuel to help deal with any shortages. That doesn’t extend to waiving the Jones Act, a measure that would allow foreign tankers to help shuffle more petroleum products between U.S. ports. 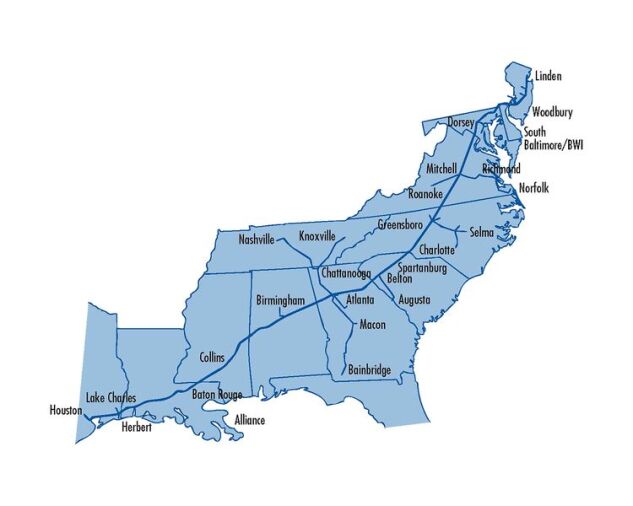 The Northeast can secure gasoline shipments from Europe but it will come at an increasing cost the longer the pipeline stays shut. In the meantime, fuel producers including Marathon Petroleum Corp. are weighing alternatives for how to ship their products to the Northeast.

Landlocked cities face the greatest danger of fuel shortages compared with those with access to water-borne deliveries, said Steve Boyd, senior managing director at Houston-based distributor Sun Coast Resources Inc. If the pipeline remains down for many more days, he’s anticipating a “massive surge” in orders.