Vice President Kamala Harris broke a Senate tie to give Democrats a majority on the commission.
Photographer: Andrew Harrer/Bloomberg

The US Senate confirmed as a member of the , forming a Democratic voting majority at the agency after months of deadlock.

Bedoya’s confirmation passed 51-50 on Wednesday. Vice President cast the tie-breaking vote after all the chamber’s GOP members voted against him.

“With the FTC at full membership, this important agency will be empowered to drive full steam ahead in cracking down on bad actor companies who are using anticompetitive practices, inflation, and price manipulation to bilk consumers and drive up profits,” Senate Majority Leader said in a statement. 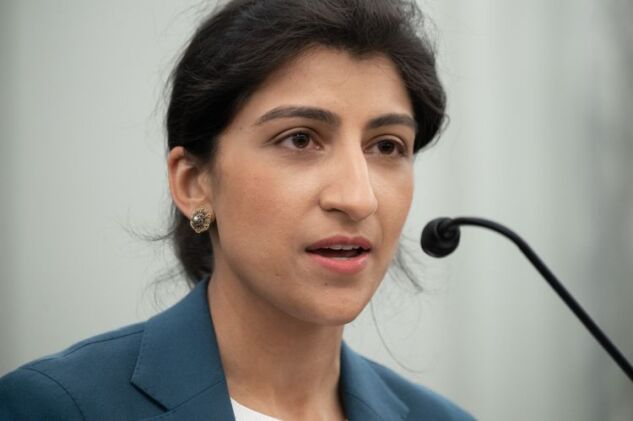 Bedoya’s confirmation clears the way for bold privacy and antitrust enforcement under Chair , who has pushed for progressive policies aimed limiting the power of big corporations and increase regulations on company data policies.

Khan hailed Bedoya’s confirmation, as did advocates of vigorous antitrust enforcement. “Alvaro’s knowledge, experience, and energy will be a great asset to the FTC as we pursue our critical work,” she said. Some business groups like the and , both of which accept funding from tech companies including ’s Google and , however, raised concerns about the direction Khan will take with the agency now that Democrats control a majority.

Bedoya is likely to be sworn in Thursday or Friday after President formalizes his appointment.

Bedoya, who is a visiting professor at , brings expertise on the intersection of privacy and technology to the agency. He’s the founding director of the Center on Privacy and Technology and the author of a report analyzing the facial-recognition network used by police forces.

The FTC, which is run by five commissioners including the chair, has been split 2-2 between Democrats and Republicans since October 2021, slowing momentum for regulatory action. That impasse stopped the FTC from suing to block ’s acquisition of Metro-Goldwyn-Mayer in March.

The confirmation comes after several delays, including a recent block by Senate Republicans in the Commerce, Science and Transportation Committee.

GOP senators complained that Bedoya lacked the temperament needed for a bipartisan commission, citing social media posts in which he criticized former President and Republicans over immigration policies.

Senate Minority leader of Kentucky on Tuesday urged the Biden administration to pull Bedoya’s nomination, calling it a “foolish choice” because Bedoya had criticized the police, among other allegations.

“Today’s vote sends a clear message to businesses of all sizes: buckle up. Chair Khan now has the potential third vote she needs to unleash greater uncertainty -- the enemy of business growth and opportunity -- on the economy,” said , chief policy officer of the Chamber of Commerce.

(Updates with comment from Lina Khan in fifth paragraph. An earlier version of the story was corrected to show that Bedoya was confirmed Wednesday)

To contact the reporter on this story:
in Washington at adiaz243@bloomberg.net