and ventilator maker had much of what they needed in place to ramp up production of breathing machines that would help coronavirus patients survive and recover. They were just waiting on the Trump administration to place orders and cut checks.

And then, just as frustration was mounting within the largest U.S. carmaker and its partner over the federal government finalizing the details, President went on the attack Friday. He accused the company of moving too slowly and charging too much, specifically criticizing Chief Executive Officer .

The Twitter missives were a remarkable turnabout from the night before, when Trump he the Cold War-era Defense Production Act to compel manufacturers to make ventilators because companies including GM had already stepped up.

Trump called on GM to open an assembly plant in Ohio that it and make the devices there immediately.

The tension and confusion between GM and the White House adds fuel to the debate over whether Trump should use the Defense Production Act to take control of factories and centralize production and distribution of ventilators to get them more quickly where they’re needed. Trump has said he’s confident that private industry can handle the response, though his tweets Friday indicate he’s reserving the right to change his mind if he doesn’t get the terms he wants.

A little more than an hour after Trump’s first tweet, GM and Ventec announced they’ll build ventilators at the automaker’s parts plant in Kokomo, Indiana, which they’ve been working around-the-clock for a week to convert into a medical-device facility. 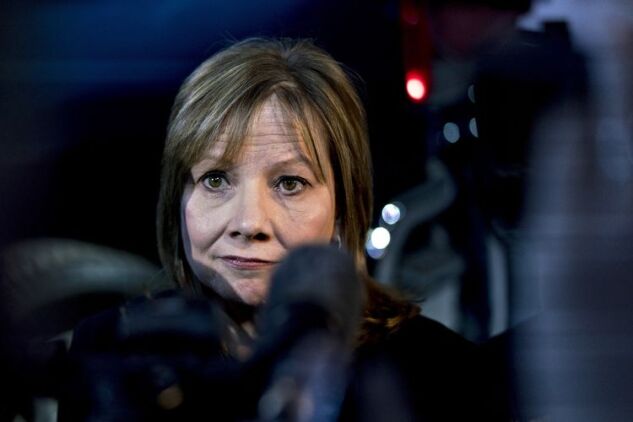 GM said in a that it will be “donating its resources at cost.” It’s also beginning to make surgical masks at a manufacturing facility in Warren, Michigan, north of its Detroit headquarters. Output will start next week, ramp up to 50,000 a day within two weeks and may eventually get to 100,000.

“This pandemic is unprecedented and so is the response, with incredible support from GM and their suppliers,” , Ventec’s CEO, said in the statement.

GM was growing exasperated with the Trump administration because it had done the work to for the 700 components needed to make ventilators. The automaker had even started hiring because the 300 workers on staff in Kokomo won’t be enough to handle the proposed volume, a person familiar with the situation said.

But the companies were waiting on the federal government to decide how many machines it will need, how many producers it will hire and, by extension, how much it will pay Ventec.

Originally, the two manufacturers were talking about $250 million that would go to the Seattle-based company and its components suppliers to get production moving, said people familiar with the matter, who asked not to be identified because the deliberations were private.

GM and Ventec have opted to go ahead with building ventilators without a federal contract and will sell to buyers regardless.

The Defense Production Act permits the president to order companies, absent some exemptions, to prioritize and accept contracts for goods or services necessary for emergency preparedness. Companies can’t charge higher prices than for comparable orders. Potential seizure of a manufacturing plant for production purposes is unlikely and, were it even attempted, could be unconstitutional.

GM and Ventec said they’re poised to deliver the first ventilators in April and ramp up manufacturing capacity to more than 10,000 a month. GM will deploy about 1,000 workers for the effort, and the two companies said they have the infrastructure and capability to boost production more, depending on the needs of the federal government.

“We are proud to stand with other American companies and our skilled employees to meet the needs of this global pandemic,” Barra said in the statement. “This partnership has rallied the GM enterprise and our global supply base to support Ventec, and the teams are working together with incredible passion and commitment.”