Businesses are struggling with the best way to transition back to in-person offices, and the science behind quick Covid-19 tests makes deciding whether to screen returning workers tricky.

Many employers aren’t requiring their employees get vaccinated, making it difficult for businesses to depend on high vaccine rates to shield workers. Instead, experts suggest employers focus on how prevalent the virus is in their communities to decide whether relying on rapid antigen tests makes sense for them.

Employee attitudes about testing—like whether it makes them feel safer or if they see it as an invasion of privacy—will also depend on the business setting and local culture, Lori Tremmel Freeman, executive officer of the National Association of County and City Health Officials, said.

Freeman says she’s getting calls from businesses worried that testing might be disruptive.

There isn’t a federal standard for a specific virus rate when businesses should start testing employees, Freeman said, though the Centers for Disease Control and Prevention does have general guidelines for what it considers low, moderate, and high rates of cases and which populations should consider testing. Examples of workers the CDC suggests prioritizing for screening include restaurant workers, transportation workers, grocery store workers, or people in K-12 school settings. 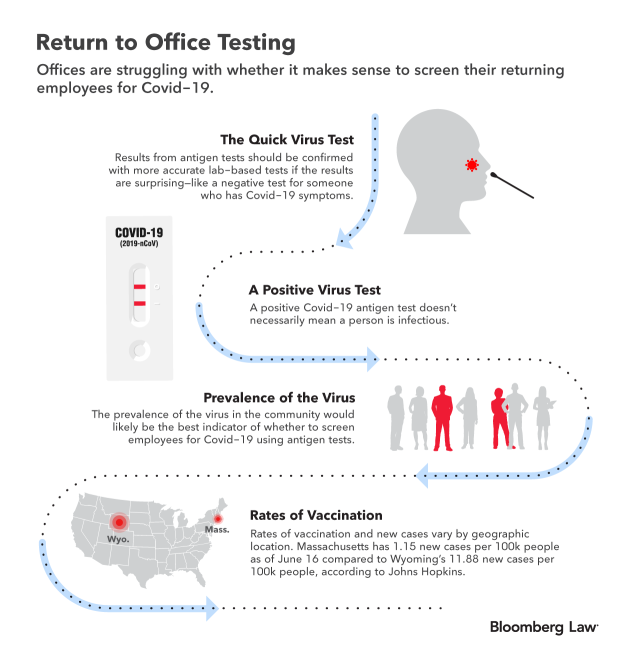 To contact the editors responsible for this story: at fjohnson@bloombergindustry.com; at achilders@bloomberglaw.com