The big debate over whether face masks can help contain the spread of is shifting quickly, with more countries requiring citizens to cover their faces in public.

, one of the world’s most populous countries with 264 million people, on Monday citizens to wear face masks when they leave the house after predicting as many as 95,000 people could be infected. President said authorities must ensure every household has face masks and that commuters won’t be able to access public transportation without them. 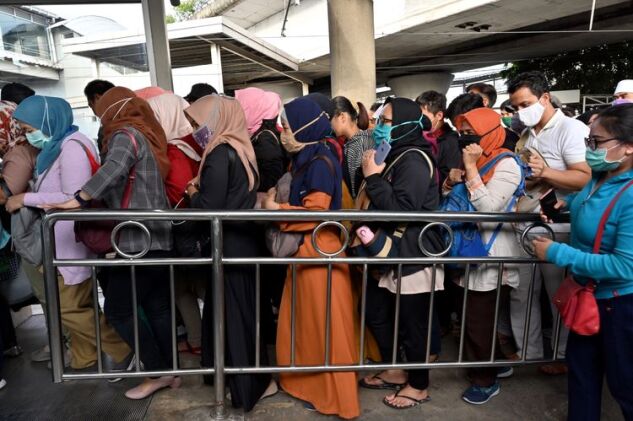 Vietnam implemented fines for people who don’t wear them, while the is also requiring more than 50 million people on Luzon Island to wear masks or improvised face shields outside their homes. Singapore its advice on face masks last week, and ’s government issued a explaining how to make reusable masks at home.

The newfound embrace of the face mask comes after the World Health Organization its stance, saying home-made masks may make it less likely that an asymptomatic carrier spreads the virus even though they wouldn’t prevent individual infections. In guidance published this week, it also emphasized potential risks such as using contaminated masks and less adherence to other preventative measures like hand washing and social distancing, while also saying there was little proof widespread mask wearing in the population helped.

“There is limited evidence that wearing a medical mask by healthy individuals in the households or among contacts of a sick patient, or among attendees of mass gatherings may be beneficial as a preventive measure,” the WHO said.

“However, there is currently no evidence that wearing a mask (whether medical or other types) by healthy persons in the wider community setting, including universal community masking, can prevent them from infection with respiratory viruses, including COVID-19,” it said.

The current views on face masks mark a shift from the early days of the outbreak, when only a few places that suffered through SARS in 2003 -- and among them -- saw widespread use of facial coverings.

About a third of the world is now under lockdown as governments seek to stem the spread of a virus that has now infected some 1.3 million worldwide. Since it spreads via respiratory droplets when a sick person coughs, sneezes or speaks, a face cover can help in both catching the droplets and preventing healthy people from touching their faces. 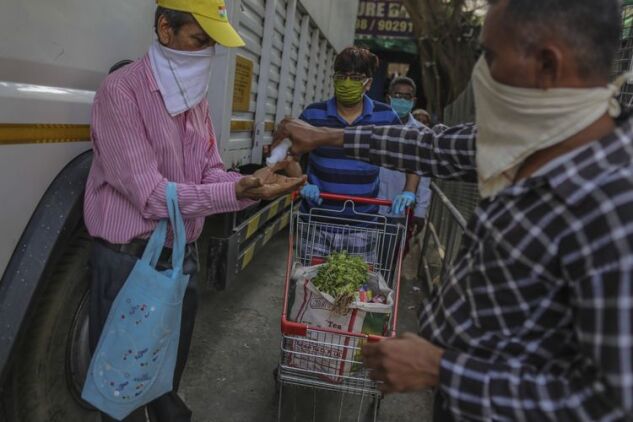 People wearing bandanas as masks sanitize their hands outside of a market in Mumbai, India, April 5.
Photographer: Dhiraj Singh/Bloomberg

Part of the shift in mask policies is logistical: Authorities were initially worried that a run on face masks would make it impossible to get them to medical workers, and they didn’t want to mandate them when they couldn’t guarantee supply. U.S. President has sparred with , finally reaching a deal this week to provide 55.5 million more masks a month for health workers and others fighting the virus.

Another factor is emerging evidence that a significant number of people infected with the virus are asymptomatic and may be transmitting the disease, a fact that wasn’t obvious when the outbreak first struck. There’s also more evidence that masks on sick people do prevent the virus from spreading.

, a professor at the ’s School of Public Health who co-authored a study on the effectiveness of masks, said the evidence showed surgical masks could prevent the transmission of coronaviruses and influenzas from symptomatic people. It’s not totally clear how effective cloth masks will be, but they will certainly have some effect, he said.

Still, he said, it was crucial that masks are seen as one of several things that can reduce transmission, including hand washing and social distancing. 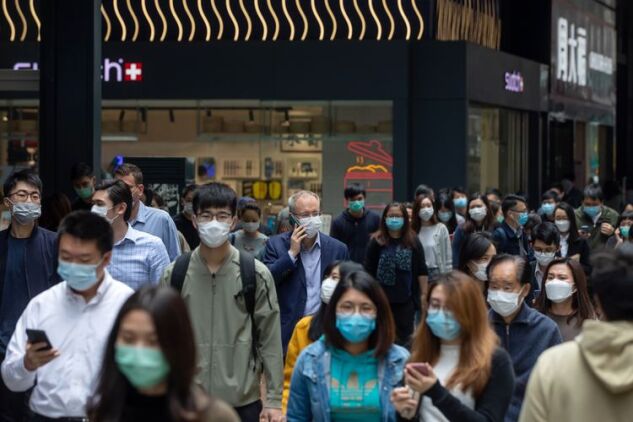 “Masks reduce the risk, but if people spend more time in crowds and in the community then that offsets the benefit,” Cowling said. “We need to make sure masks are an additional measure and not a replacement for other social distancing measures.”

The debate over masks was particularly acute in Hong Kong, which borders the mainland. , the city’s leader, initially briefed reporters in a face mask in late January and then subsequently took it off after shortages emerged.

The Asian financial hub has seen a relatively low number of infections, with most new cases brought by residents returning home from hot spots abroad, including the U.S. and Europe. It’s rare to see people out and about without masks: Lam again donned a blue mask while briefing reporters on Tuesday.

One leader who isn’t as convinced is Trump, who has said he doesn’t plan to wear a mask. He called advice from the U.S. Centers for Disease Control and Prevention for Americans to wear non-surgical grade cloth masks as a voluntary measure and “just a suggestion.”

Either way, more and more people are poised to embrace masks in the future.

“This is going to be a new normal,” Cowling said. “Popular opinion will gradually shift to greater use of face masks.”

To contact the editors responsible for this story:
at bscott66@bloomberg.net