Passengers on airplanes, trains and other public transportation in the U.S. don’t have to wear masks anymore, after a federal judge struck down the mandate.

The U.S. Transportation Security Administration and the Centers for Disease Control and Prevention said orders requiring masks on public transportation would no longer be enforced, although both agencies recommended their continued use.

U.S. District Judge in Tampa, Florida, vacated the mask requirement nationwide Monday and directed the CDC to reverse the policy put in place in February 2021. The ruling was handed down in a lawsuit filed last year by the Health Freedom Defense Fund, a nonprofit group that says it focuses on “bodily autonomy” as a human right. 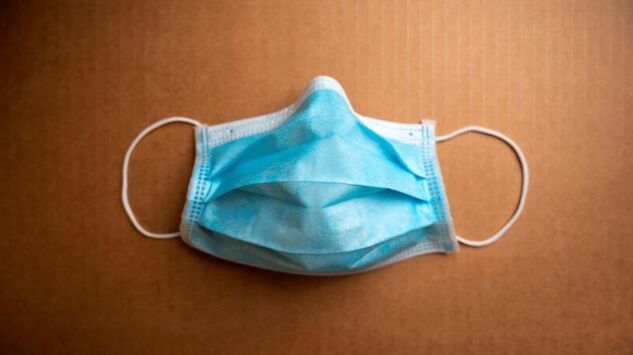 and reacted swiftly to the TSA decision, dropping mask requirements for passengers on their flights shortly after the TSA announcement.

“As of today, masks are optional in airports and onboard aircraft,” Alaska Airlines said in a statement on its website.

Prior to the TSA decision, some pilots said they were worried about the confusion being created by the judge’s ruling and CDC recommendations.

“We’re the kids looking at the two parents saying two different things,” said Dennis Tajer, a spokesman for the Allied Pilots Association, which represents pilots. “We know it makes it very difficult. Our passengers are probably as confused as we are.” 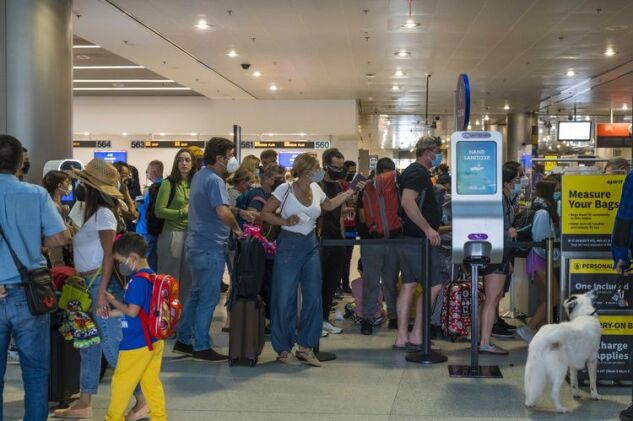 Travelers on Monday said there were no apparent immediate changes. Everyone on board an American Airlines flight from Dallas to Miami still wore masks, although news of the judge’s ruling was being reported, Carolina Silva said. The pilot told passengers prior to takeoff that “unlike what you may have heard, the mask mandate is still on,” Silva said.

Everyone at Miami International Airport was also wearing masks after the plane from Dallas landed, according to Silva. A passenger who landed at LaGuardia Airport in New York Monday said everyone there wore a mask.

It’s not clear what impact the judge’s ruling might have on state and local regulations that are based on CDC guidance.

Airlines for America, the lobbying group for the biggest U.S. carriers, and the Justice Department didn’t immediately comment on the ruling. The CDC said it doesn’t comment on litigation.

Mizelle, an appointee of former president , ruled that the CDC had incorrectly described the mask mandate as a form of “sanitation” to justify its authority in the matter.

The judge also found that the CDC had gone too far by issuing a regulation that “acts on individuals directly” rather than just their “property interests.”

“Since the mask mandate regulates an individual’s behavior -- wearing a mask -- it imposes directly on liberty interests,” she wrote.

The ruling comes as states across the U.S. have eased restrictions following an overall drop in case numbers from a January peak caused by the omicron variant of the coronavirus. Almost 1 million Americans have died of Covid in the past two years, and hundreds more continue to die every day.

“I feel very strongly the mask mandate should be lifted and individuals, including our own employees, make their own decisions and take personal accountability for their health on board our planes,” Chief Executive Officer said in a CNBC interview April 13. “Candidly, it’s time to let the masks go.”

CEOs from the largest U.S. airlines said in a letter to President last month that it was “past time” to lift the mandate.

“We are requesting this action not only for the benefit of the traveling public, but also for the thousands of airline employees charged with enforcing a patchwork of now-outdated regulations implemented in response to Covid-19,” the group of 10 CEOs said in the March 23 letter.

The mask requirement has has been particularly contentious because it has been linked to a surge in the number of disruptive passengers on flights. At the same time, it has eased fears of infection and helped the airlines bounce back after travel was decimated in the early days of the pandemic.

The CDC announced last week that it would extend the mask mandate by two weeks, to May 3, as it weighs data on Covid-19 cases and hospitalizations driven by the BA.2 subvariant. The extension is shorter than previous ones, signaling that the agency was nearing a position to lift the mandate altogether.

Florida and other Republican-led states in March filed a similar lawsuit seeking to overturn the mask mandate, a fight that pits Biden against Florida Governor , a fierce critic of pandemic mandates. The states accused the administration of ignoring “loss after loss” in court and having “outright disdain” for the limits of its power.

The Health Freedom Defense Fund, which filed the suit in April 2021, was founded by former Wall Street banker Leslie Manookian, described on the group’s website as a onetime employee who went on to become director of in London.

Mizelle, formerly an attorney with , was the eighth federal judge confirmed during the Trump administration to be rated “not qualified” by the American Bar Association based on experience.

The ABA typically requires a minimum of 12 years of experience to rate a nominee qualified. Mizelle was admitted to the Florida bar in September 2012. She was confirmed by the U.S. Senate 49-41 in November 2020.