The U.S. is “going in the wrong direction” in its effort to contain the novel coronavirus and daily case counts could more than double if behaviors don’t change, infectious-disease expert said Tuesday.

Pinpointing indoor gatherings, particularly bar scenes with lines out the door and patrons standing shoulder to shoulder, Fauci told a Senate panel that new cases of Covid-19 could rise to 100,000 a day, up from the current level of about 40,000.

Several southern and western states are seeing surging new case numbers, prompting some to put reopening plans on hold. Hospitalizations have increased in 12 states, Centers for Disease Control and Prevention Director told members of the Senate health committee. Florida’s Miami-Dade County reported its highest numbers of hospitalizations, intensive-care patients and ventilator use in at least two months. In Houston, ICUs hit 97% of normal capacity on Tuesday. 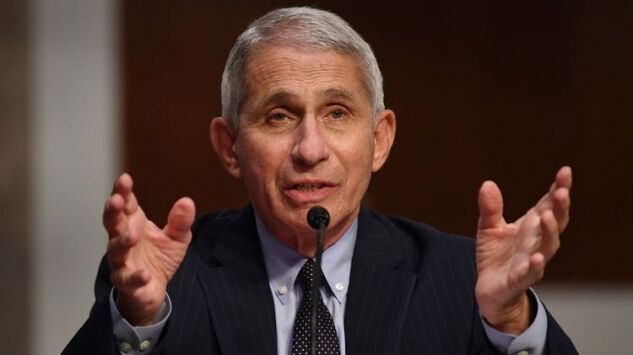 “The numbers speak for themselves. I’m very concerned. I’m not satisfied with what’s going on because we’re going in the wrong direction,” Fauci, the director of the National Institute of Allergy and Infectious Diseases, said. “Clearly we are not in total control right now.”

He declined to estimate the number of potential deaths from the virus but said, “It is going to be very disturbing, I guarantee you that.”

As the evidence from the U.S. points to an outbreak that’s averted control, European Union governments , meaning U.S. citizens aren’t allowed to enter for non-essential reasons.

Texas reported a record in new cases on Tuesday and California its second-biggest daily jump. Both states took steps recently to rein in the new surge, with California requiring masks and Texas closing bars. On Monday, Arizona paused operations at bars, gyms and movie theaters. Florida, which had an average 5.6% rise in cases over the past week, banned the consumption of alcohol in bars on Friday. Meanwhile New York, New Jersey and Connecticut, hot spots earlier in the pandemic, added 16 states to their self-quarantine orders for visitors.

As many as 36 states have R0 figures above 1, up from 31 states a week ago, according to the Rt.live website. That means each person with the coronavirus infects at least one other. Rt.live is a site made by the co-founders of Instagram and uses data derived from public health bodies.

More than 40% of the U.S. has now reversed or halted economic re-opening moves, according to estimates by Goldman Sachs Group Inc. economists.

Vice President sought to strike a more positive tone later Tuesday in comments after meeting with the coronavirus task force in Rockville, Maryland. The U.S. is “in a much better place” than several months ago.

“To every American, we want to assure you that we’re ready,” he added. “More ready than ever before.”

In the yet by the Trump administration in favor of using face coverings to contain the virus, Surgeon General , speaking at the same briefing, said, “Please, please, please wear a face covering” when going out.

“It is not an inconvenience. It is not a suppression of your freedom,” Adams said. “It adds to your convenience and your freedom because it allows us to open up more places and allows them to stay open.”

While Pence also encouraged using masks, he didn’t make as full-throated an endorsement as Adams. He urged people to cover their faces according to recommendations from their local authorities and when they can’t social distance.

During the hearing earlier, Senator of Tennessee, chairman of the committee, said that wearing masks shouldn’t be a political statement. He spoke about needing to self-quarantine after a member of his staff was diagnosed with the virus and said the Senate physician credited the staffer’s mask with protecting Alexander from infection.

“Unfortunately this simple lifesaving practice has become part of a political debate that says: If you’re for Trump, you don’t wear a mask. If you’re against Trump, you do,” Alexander said.

The key is for the public to stop what Fauci called “an all-or-nothing phenomenon,” meaning either a state is locked down or people are in bars without masks on.

“I think we need to emphasize the responsibility we have as individuals and as part of a societal effort to end the epidemic and we all have to play a part in that.”

Pence said in his comments later that he agreed with Fauci. “We should not look at public safety measures as an impediment to opening up America but rather we should look at them as a vehicle to opening up,” he told reporters.

Redfield told the Senate panel that companies also need to insist on social distancing and masks. ’s announcement on Friday that it would resume selling flights to capacity on July 1 rather than capping passengers to keep them socially distanced caused “substantial disappointment” among public health officials, he said.

The U.S. has recorded more than 2.6 million Covid-19 cases in total, with more than 126,000 deaths from the virus, according to data compiled by Johns Hopkins University.

As for returning students to school, Fauci said institutions may need to consider online classes or staggered schedules to safely bring students back. While children appear to respond less severely to Covid-19 than adults, it’s still unclear whether they could become vectors to spread the virus to teachers and family, something health agencies are studying and hope to have more data on, he said.

Speaking after the taskforce meeting, the surgeon general said that masks will be essential for any return to school.

Several drugmakers are racing to complete clinical trials of vaccine candidates, with some expecting to wrap up in months studies that under previous circumstances have tended to take years. The laid out standards for approving an inoculation, saying any candidate would have to be at least 50% more effective than a placebo.

Fauci said that he’s “aspirationally hopeful” that a vaccine for Covid-19 will be ready in early 2021, though he cautioned that there’s no guarantee that a safe vaccine will be developed.

Some health experts have expressed worry that FDA will rush to approve a vaccine before enough is known about safety or efficacy but the agency sought to allay those fears with the guidance.

“The American people should know that we have not lost sight of our responsibility to maintain our regulatory independence and ensure that our decisions related to all medical products, including those related to Covid-19 vaccines, are based on sound science and the available data,” FDA Commissioner Stephen Hahn told the panel.