China has concealed the extent of the coronavirus outbreak in its country, under-reporting both total cases and deaths it’s suffered from the disease, the U.S. intelligence community concluded in a classified report to the White House, according to three U.S. officials.

The officials asked not to be identified because the report is secret, and they declined to detail its contents. But the thrust, they said, is that China’s public reporting on cases and deaths is intentionally incomplete. Two of the officials said the report concludes that China’s numbers are fake.

The report was received by the White House last week, one of the officials said. 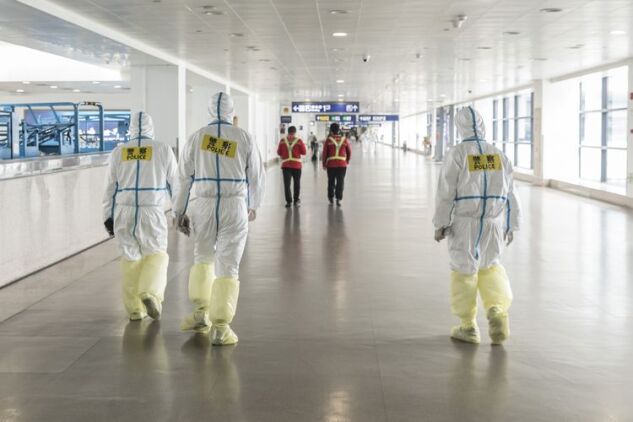 U.S. President Donald Trump that China’s reported virus data appear to be on the “light side” but that he hadn’t received an intelligence report saying the country had concealed the extent of its outbreak.

“Their numbers seem to be a little bit on the light side, and I’m being nice when I say that,” he said at a daily coronavirus briefing at the White House.

Trump added that the U.S. and China were in constant communication and that Beijing would spend $250 billion to purchase American products. “We’d like to keep it, they’d like to keep it” he said of the U.S.-China trade deal.

Communications staff at the White House and the Chinese embassy in Washington didn’t immediately respond to requests for comment.

“The reality is that we could have been better off if China had been more forthcoming,” Vice President said Wednesday on CNN. “What appears evident now is that long before the world learned in December that China was dealing with this, and maybe as much as a month earlier than that, that the outbreak was real in China.

While China eventually imposed a strict lockdown beyond those of less autocratic nations, there has been considerable skepticism toward China’s reported numbers, both outside and within the country. The Chinese government has repeatedly revised its methodology for counting cases, for weeks excluding people without symptoms entirely, and only on Tuesday added more than 1,500 asymptomatic cases to its total.

Stacks of thousands of urns in Hubei province have driven public doubt in Beijing’s reporting.

Republican lawmakers in the U.S. have been particularly harsh about China’s role in the outbreak. Enhancing Beijing’s role in the pandemic could be politically helpful to Trump, who has sought to shift blame for the U.S. outbreak away from his administration’s delays in achieving widespread testing for the virus and mobilizing greater production of supplies such as face masks and hospital ventilators.

“The claim that the United States has more coronavirus deaths than China is false,” Senator , a Nebraska Republican, said in a statement after Bloomberg News published its report. “Without commenting on any classified information, this much is painfully obvious: The Chinese Communist Party has lied, is lying, and will continue to lie about coronavirus to protect the regime.”

, the State Department immunologist advising the White House on its response to the outbreak, said Tuesday that China’s public reporting influenced assumptions elsewhere in the world about the nature of the virus.

“The medical community made -- interpreted the Chinese data as: This was serious, but smaller than anyone expected,” she said at a news conference on Tuesday. “Because I think probably we were missing a significant amount of the data, now that what we see happened to Italy and see what happened to Spain.”

The U.S. intelligence community’s conclusion is an attempt to divert attention from surging deaths in the U.S. and other Western countries, , editor-in-chief of China’s state-run Global Times, on his account on Chinese social media platform Weibo.

There was no way for serious data faking to occur in today’s China, especially for an incident that has drawn such widespread attention, Hu said. He said China managed to curtail the death toll in Hubei, the province where the virus first emerged late last year, by sending medical workers and equipment there from other parts of the country.

“To fake the casualty data, which departments will be deployed? Who will implement the plan?,” Hu said. “It will involve many different departments in many places to get the total numbers. If one of them is faking once, they have to fake it all the time. The risk of screwing up could be very high.”

China isn’t the only country with suspect public reporting. Western officials have pointed to Iran, Russia, Indonesia and especially North Korea, which has not reported a single case of the disease, as probable under-counts. Others including Saudi Arabia and Egypt may also be playing down their numbers.

U.S. Secretary of State has publicly urged China and other nations to be transparent about their outbreaks. He has repeatedly accused China of covering up the extent of the problem and being slow to share information, especially in the weeks after the virus first emerged, and blocking offers of help from American experts.

“This data set matters,” he said at a news conference in Washington on Tuesday. The development of medical therapies and public-health measures to combat the virus “so that we can save lives depends on the ability to have confidence and information about what has actually transpired,” he said.

--With assistance from and Jing Li.