President signed an order to expand competition across the economy and crack down on monopolistic practices, describing a misguided 40-year “experiment” in letting U.S. corporations consolidate with little regulation that he said has hurt ordinary Americans.

The order targets three industrial sectors where his administration believes consolidation has led to higher prices -- agriculture, technology and drugs.

“The heart of American capitalism is a simple idea: open and fair competition,” Biden said in a speech before signing the measure. He called himself a “proud capitalist” but said that he wants to “ensure our economy isn’t about people working for capitalism, it’s about capitalism working for people.” 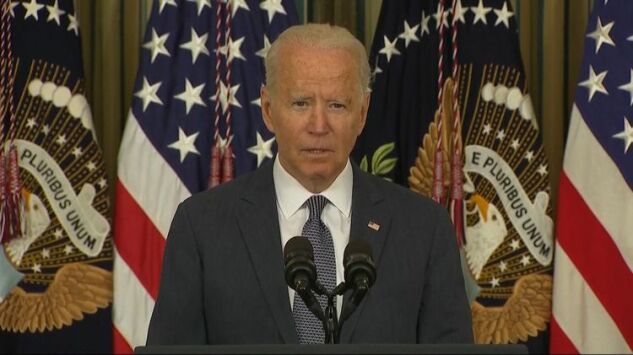 He pinned blame for the rapid growth of U.S. corporations and their influence in society on Republican governments.

“Forty years ago we chose the wrong path, in my view,” he said, a date that would correspond with the beginning of ’s presidency.

“We are now 40 years into the experiment of letting giant corporations acquire more and more power,” he said, and charged that the result has been slower economic growth and a declining standard of living. “I believe the experiment has failed.”

The order aims to “reverse these dangerous trends.” It directs more than a dozen federal agencies to begin 72 initiatives to strengthen competition, including with new regulations.

“Capitalism without competition isn’t capitalism,” Biden said. “It’s exploitation. For too many Americans that means accepting a bad deal for things they can’t go without.”

The Health and Human Services Department will be directed to come up with a plan within 45 days to counter high drug prices. The Agriculture Department is directed to make it easier for cow, pig and poultry farmers to sue slaughterhouses if they’re underpaid or suffer retaliation. And the and are instructed to establish rules for internet providers and tech companies’ use of data.

“Robust competition is critical to preserving America’s role as the world’s leading economy,” Biden says in the order. “Yet over the last several decades, as industries have consolidated, competition has weakened in too many markets, denying Americans the benefits of an open economy and widening racial, income, and wealth inequality.”

Business groups quickly lined up against the administration’s move.

“This executive order smacks of a ‘government knows best’ approach to managing the economy,” the U.S. Chamber of Commerce said in a statement. The initiative is “built on the flawed belief that our economy is over-concentrated, stagnant, and fails to generate private investment needed to spur innovation,” the chamber said.

White House Press Secretary said that litigation against the new policies is possible, but that Biden believes he must “focus on what’s in the interest of American consumers.” When a “lack of competition” drives up prices and hurts workers, “he has a responsibility to act,” she said.