Arizona Attorney General acknowledged that his suit challenging the Biden Administration’s announced Covid-19 vaccine requirements for many U.S. workers is unlikely to succeed because the actual rules haven’t been finalized.

“Is it a long shot? Yeah, I recognize that,” Brnovich, a Republican former federal prosecutor who is running for U.S. Senate in 2022, said in a phone interview. “But I also think these are very important principles to be fighting for.” 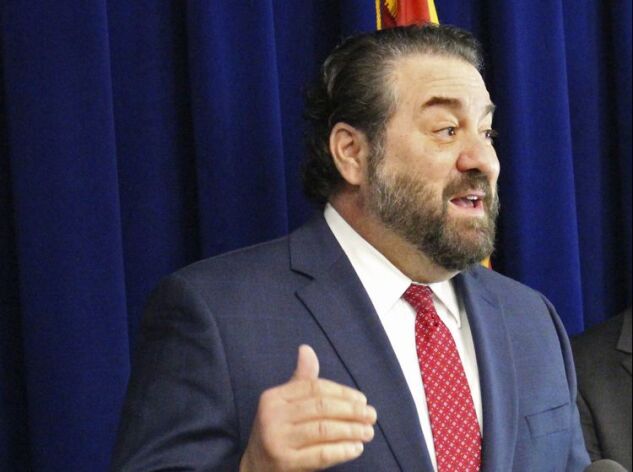 Brnovich’s 14-page complaint this week was the by a state attorney general after President said on Sept. 9 that he would require many private employers to mandate vaccinations or weekly testing for workers. The actual rules are being developed by the Occupational Safety and Health Administration, and other Republican attorneys general signaled that they’d wait until those are introduced before going to court.

The Arizona suit, which seeks a preemptive ruling that the proposed vaccine requirements are illegal, is almost certain to be dismissed by a federal judge because there are no actual mandates yet, making the dispute unripe.

Brnovich, 54, said his suit claims that Biden’s executive order violates the Constitution’s Equal Protection Clause because the vaccine is optional for undocumented immigrants at the U.S. border while being mandatory for American workers. He called the option for U.S. workers to get regular tests instead of the vaccine is a “false choice.”

Jamal Greene, a constitutional law professor at Columbia Law School, said there are “many problems” with Arizona’s Equal Protection claim, including its disregard for the fact that Biden’s executive order allows workers to get tested regularly instead of being vaccinated.

“Second, I am not aware of a distinction drawn in the policy between U.S. citizen and undocumented employees,” Greene said. “All workers, regardless of their legal status, need to be vaccinated or get tested regularly to work for an employer with more than 100 workers.”

Biden argues the mandate is a crucial part of the fight against the coronavirus, which has sickened millions and killed more than 660,000 people in the U.S. Similar state and local rules have divided the country along political lines, even as the delta variant of the virus continues to flood hospitals and morgues, mostly with the unvaccinated.

Though Brnovich was the first Republican to the courthouse, he certainly won’t be the last. Two dozen GOP state AGs -- including those from Texas, Mississippi and Florida -- on Thursday sent a letter to the Biden administration saying they’ll sue over any federal vaccine mandates.

“We are not a country that rules by edict and if President Biden’s power grab goes unchecked, it will have dire consequences for our nation,” South Carolina Attorney General , chairman of the Republican Attorneys General Association, said in a statement.

It’s a “fight for the rights of states, small businesses and individual liberty,” he said.