Chris Marr: Ride-hailing and delivery app companies such as and just got a little more legal protection in the South for classifying their drivers as independent contractors—with new laws taking effect in Alabama, Florida, and Georgia.

In Alabama and Georgia, new state laws clarify that drivers for app-based transportation and delivery networks aren’t classified as employees, as long as the app companies meet certain criteria such as allowing the drivers freedom in what hours they work and which ride or delivery requests to accept. The companies also can’t ban their drivers from driving for other companies or holding other jobs. Both laws took effect July 1.

The changes in the laws are relatively small wins for the ride-hailing and delivery app industry in the wide-ranging legal fight over worker classification. The industry celebrated compromise legislation enacted in Washington state earlier this year to keep ride-hailing drivers classified as independent contractors while granting them certain benefits such as minimum pay per trip and paid sick time. It faced a setback in Massachusetts in June, when the state’s high court struck down a proposed ballot initiative that would have asked voters to approve a similar scheme of independent status but with benefits.

Georgia’s new gig worker provisions are part of a broader measure that potentially expands the universe of workers who are eligible for unemployment benefits, but includes language specifically exempting music industry professionals and app-based drivers. The law also creates civil penalties for employers that fail to pay into the state’s unemployment insurance system because of misclassifying their workers, up to $7,500 per worker for large employers.

The new Alabama law spares the app companies from having to pay into the state’s unemployment insurance or workers’ compensation programs on behalf of their drivers.

The Florida law, also effective July 1, is notable for creating a new status of workers, albeit one that applies only in limited situations.

The measure allows businesses to provide safety equipment or certain other kinds of assistance to an “engaged individual” during a state of emergency declared by the governor or Florida surgeon general, and it bars that aid from being used as evidence in a claim that the individual should be classified as an employee. 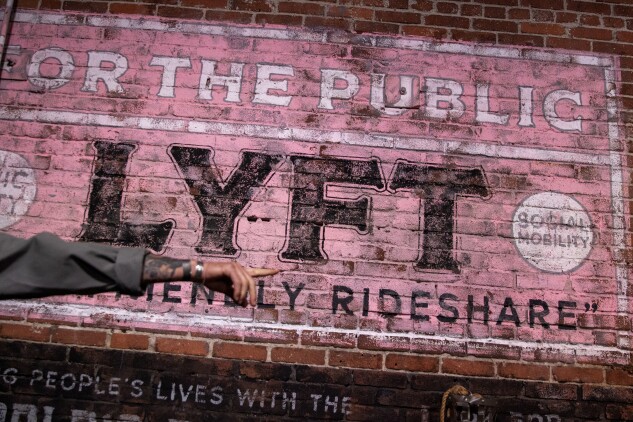 Rebecca Rainey: Meanwhile, on the federal level... the US Department of Labor has kicked off the rulemaking process (again) to set a national standard on independent contractor status under the Fair Labor Standards Act.

The Biden DOL hosted multiple stakeholder meetings last month with business and labor representatives before diving into the rulemaking.

“Whether it’s the ABC test or something else, it’s absolutely critical that our regulatory agencies, like the Department of Labor, see algorithms, AI as actual bosses that control our work. So that app based is not a place for companies to hide their exploitation,” said Moore, who attended the DOL stakeholder meeting for workers last week.

The DOL says it plans to issue a proposed rule on independent contractor status by the end of the summer.

.... Timesheet tech update: The DOL is expanding a timesheet app it launched in 2011 aimed at helping workers track their hours and pay, as well as prevent wage theft. The agency announced last week its timesheet app would now be available for Android phones, with the goal of doubling the number of app downloads under the new expansion.

The DOL said its IOS version of the application for iPhones has been downloaded more than 35,000 times and can be used by employers and workers to “to prevent wage and hour violations before they occur.”

“Workers can maintain a record of their work hours on the app to ensure their pay records are correct or to use if a pay dispute arises,” the DOL said in a press release on the expansion. The application can also serve as a tool for employers, the agency said, by helping businesses calculate wages owed to workers and keeping pay records in a centralized place.

To contact the reporters on this story: in Atlanta at cmarr@bloomberglaw.com; in Washington at rrainey@bloombergindustry.com