moved to terminate its purchase of a controlling stake in lingerie brand Victoria’s Secret from , saying the retailer can’t blame the coronavirus outbreak for violating terms of the agreement.

The private equity firm said moves such as failing to pay rent and furloughing thousands of workers amid widespread retail disruption sparked by the outbreak have reduced the company’s value. “That these actions were taken as a result of or in response to the Covid-19 pandemic is no defense,” according to the complaint in the Delaware Chancery Court.

If the deal is canceled, it will be the highest-profile transaction yet to fall victim to impact from the coronavirus pandemic. 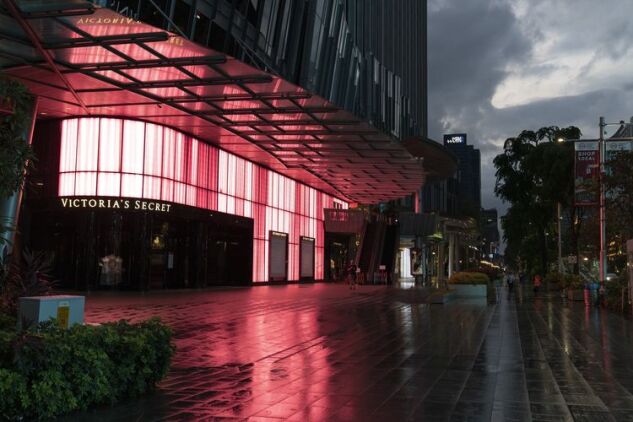 of L Brands, which labeled the move an “invalid” attempt to terminate the deal, fell as much as 27% in New York trading to as low as $8.80. Sycamore in February to buy 55% of the lingerie chain -- an estimated value of about $525 million -- and take it private, leaving L Brands with a minority stake. The deal for the struggling chain was slated to close in the second quarter of this year.

In its lawsuit, Sycamore says L Brands violated the pact with measures such as closing stores that are considered assets that would be turned over. The U.S. has implemented broad economic restrictions to limit nonessential retail operations. However, the argument that the measures were carried out to combat the virus “provides no relief” under the agreement’s specific terms, Sycamore said in court filings.

Victoria’s Secret operates about 1,100 stores in the U.S., all of which were temporarily shut down in March due to the coronavirus outbreak. After the closures, management decided to furlough most of its 88,000 store employees across its brands, suspending paychecks but keeping some benefits active.

Sycamore said that L Brands’ furlough of most of the Victoria Secret chain’s workers -- a strategy that has been a of the retail industry’s efforts to stay afloat amid the unprecedented shutdown -- is at odds with the private equity firm’s expectations about what it was buying, according to the suit. It also cited poor merchandising decisions and its failure to pay store rents this month.

L Brands was contractually obligated not to “change any cash management policies, practices, principles or methodologies” it used over the years, Sycamore said in its case.

“L Brands believes that Sycamore Partners’ purported termination of the transaction agreement is invalid,” the company said in an emailed statement. “L Brands will vigorously defend the lawsuit and pursue legal remedies to enforce its contractual rights,” including attempting to force Sycamore to consummate the deal.

If the deal falls apart, it won’t be the first transaction to collapse under Covid-19 pressures. and Kingswood their merger last week, citing the unpredictable economic conditions. Earlier this month, directors of the sued in Delaware over its decision to pull out of a $3 billion .

The lawsuit adds sudden pressure on L Brands and its ailing Victoria’s Secret label, said analyst . She expects sales at L Brands to fall 32% even if stores reopen during the summer, and there’s no guarantee that will happen as the virus outbreak continues to rage.

“Victoria’s Secret was struggling to begin with, and with store closings piling inventory, their troubles only mount.” said Goyal.

Specialty retailers that sell goods like apparel and accessories like Victoria’s Secret are expected to be particularly hard hit by the virus shutdown. These stores are projected to shed $5 billion in sales in April, a 79% drop compared to the year prior, according to data from .

Sycamore’s case was filed in Delaware because L Brands is incorporated there, along with more than 60% of Fortune 500 companies. The state’s chancery court is the U.S.’s leading venue for resolving high-profile corporate disputes like collapsed deals.

Two years ago, a chancery judge allowed German healthcare company to cancel its takeover of U.S. rival after finding there were sufficient legal grounds for the buyer to from the $4.3 billion deal.

In such cases, the target of a failed deal invariably accuses the buyer of turning remorseful over the acquisition and offering pretexts to cancel it. A judge must scrutinize the specific language of the agreement to decide who is right.

Sycamore acknowledged in its complaint that L Brands’ lawyers claimed the chain “had not breached the agreement” and that the closing conditions “were capable of being satisfied.”