Wall Street is about to get a new investment bank, one that very deliberately shatters the glass ceiling.

The firm, Independence Point Advisors, will be both owned and managed by women and minorities -- a rarity in an industry long dominated by White men. is finalizing terms of a minority investment in Independence Point, as well as a partnership that will extend from mergers and acquisitions to advice on corporate governance, according to people with knowledge of those negotiations.

Independence Point is the brainchild of , who most recently was chairman of Bank of America Corp.’s massive corporate and investment bank division. Early on, the joke was that a women-run firm should be called Salomon Sisters, a wry twist on the testosterone-fueled Salomon Brothers of old, and it remains the code name for Independence Point in New York’s tight-knit crowd of bankers and financial headhunters.

Her firm could be a magnet. 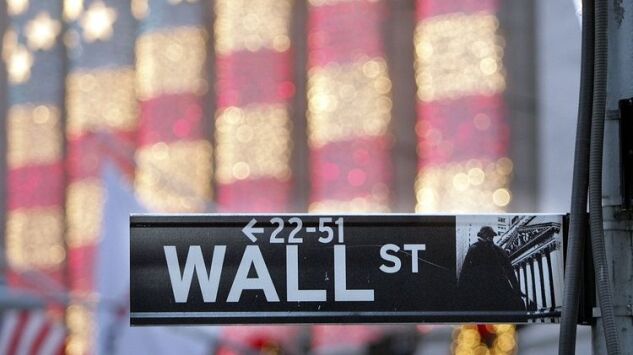 WATCH: Independence Point Advisors, a new investment bank both owned and managed by women and minorities, is coming to Wall Street with the backing of Lazard.
Source: Bloomberg

Across Wall Street, many women and members of minority groups are frustrated after decades in which investment banks diversified their senior ranks at a glacial pace, leaving men atop all but one of the bulge-bracket and boutique firms. The risk for banks now is that dealmakers fed up with the barriers to advancement choose to defect, just as their bosses, vowing anew to speed the pace of change in management, are especially desperate to keep them.

Wolff left Bank of America in December with a goal of helping more women in banking balance the challenges of raising a family while working 100-hour weeks and rise unimpeded to the top of the industry, according to people familiar with her thinking. Since hatching the idea for Independence Point in the early spring, she’s been cultivating interest in the endeavor, drawing up a business plan and recruiting rainmakers.

The discussions with Lazard advanced over several months and involved Chief Executive Officer and , both of whom saw partnering with Independence Point as a way to help modernize their firm and position it to meet the evolving needs of clients, the people familiar with those talks said.

Wolff declined to comment, as did a spokeswoman for Lazard.

For a time, after rising to chief executive officer of family-founded Lebenthal Holdings, stood out as the rare woman running a Wall Street investment bank. She’s now a senior adviser at Houlihan Lokey Inc. , who like Wolff held senior jobs at Citigroup and Bank of America, took a different route, founding a wealth-management firm for women, Ellevest.

Wolff started at Salomon Brothers in 1989, before its acquisition and transformation into Citigroup. She left in 2009 to join JPMorgan and from 2011 to 2020 worked at Bank of America.

Like other investment banks, Independence Point will arrange capital-markets transactions, as well as advise on M&A.

But Wolff also intends to fill gaps in the services that Wall Street firms typically offer clients, according to the people familiar with her plans. That includes advising on governance, risk management and hiring and retention -- roles that could put the firm at the center of a professional network of women on boards or running their own companies.

Jacobs and Orszag found that aspect of Independence Point especially attractive as the banking industry responds to transformative forces such as workforce diversity and environmental, social and governance, or ESG, standards, the people said. New York-based Lazard also would be the exclusive partner on any public-company M&A assignments generated by Independence Point.

Wolff has told prospective employees there’s no fixed date for opening the business and everything is contingent on having key partners in place, a roster of early clients and enough funding to ensure the necessary stability. She and Lazard may have a formal agreement in place before the end of the year, according to the people familiar with those discussions.

One sign of progress: independencepoint.com has been registered as a web domain. So has salomonsisters.com.