Purell hand sanitizer inside the Information Center on the campus of Massachusetts Institute of Technology on March 12, 2020 in Cambridge, Massachusetts.
Photographer: Maddie Meyer/Getty Images

Everyone’s favorite hand sanitizer may have to stand trial for claiming it can stop you from getting sick.

A trio of lawsuits has hit Purell’s maker, , since the World Health Organization declared the coronavirus outbreak a public health emergency on Jan. 30. The coveted alcohol gel doesn’t live up to its promises, according to the suits.

The litigation is brewing as U.S. states begin to ease their social-distancing lockdowns -- and as employers, preparing to greet anxious returning workers and customers, are desperate for the germ-killing liquid. Gojo, of Akron, Ohio, is already working round the clock to meet the demand for its star product, which has been a rare sight on store shelves in the past few months.

The consumers in the three suits Gojo faces are asking to represent nationwide classes of Purell purchasers who say they were misled by boasts that the product prevents illness by killing germs. The suits, filed in federal courts in Los Angeles and New York, seek orders barring the company from making unsubstantiated health claims, plus unspecified payments. A federal judge in Brooklyn is holding a status conference by phone on June 25. 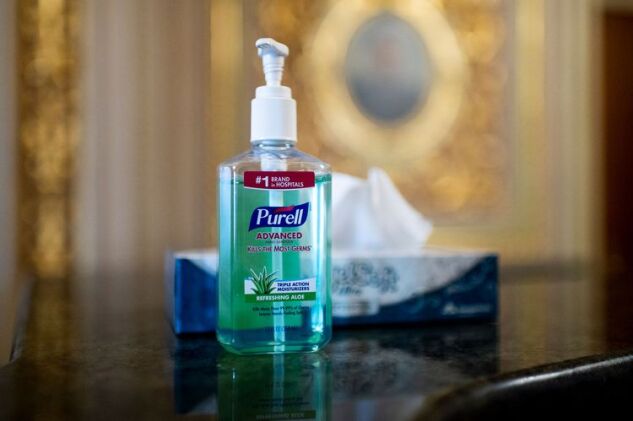 Gojo said the complaints pending against it are without merit. Three other suits against the company were withdrawn without explanation.

The suits follow a warning letter to Gojo from the on Jan. 17, days before the first coronavirus infection in the U.S. was announced. The letter faulted the company for saying on its websites that Purell is effective in preventing infection by Ebola, MRSA, norovirus, flu, the fungus Candida auris and VRE, a drug-resistant bacterium. The FDA also said Gojo made unsupported assertions that Purell can reduce student and teacher absenteeism due to contagious illnesses.

“The FDA letter was not related to the safety or quality of our products, or our manufacturing processes,” Gojo said in a statement in January. “Our products can and should continue to be used as part of good hand hygiene practice, to reduce germs.”

Gojo has made changes to its website and social media platforms in response to the warning, it said.

Companies are allowed to make general, even grandiose, promises about the superiority of their products, said John Sullivan, a lawyer with Buchanan Ingersoll & Rooney. But a company can’t make more specific claims unless they’re -- well, true.

Sullivan pointed to the 2003 Christmas movie “Elf,” in which the naive Buddy, played by Will Ferrell, takes a sign that says “World’s Best Cup of Coffee” literally.

“You did it! Congratulations!” the man-size elf shouts joyously at puzzled coffee shop employees. “World’s Best Cup of Coffee. Great job, everybody!”

“That’s legally permissible fluff,” said Sullivan. What isn’t legal is to claim, for example, that the coffee is 99.9% made from beans harvested in Colombia if it isn’t.

Consumer demand for hand sanitizer has skyrocketed on fears of the virus. The U.S. Centers for Disease Control and Prevention recommends that people use sanitizers that are at least 60% alcohol, such as Purell and ’s Germ-X, when soap and water aren’t available, and Americans have been furiously stockpiling the stuff.

The products are almost out of stock at many mass retailers, with rampant price-gouging on Amazon and EBay. In some cases, vendors raised the price of a two-pack of two-ounce Purell bottles, which normally sells for $10, to $400. Dwindling inventories have even prompted consumers to produce their own sanitizers from vodka or rubbing alcohol.

Now it’s up to the judges to decide whether one or more of the cases can go forward as class actions, on behalf of many consumers, rather than just for the handful of plaintiffs.

“Individuals are able to band together to call out deceptive or fraudulent business practices,” Van Wey said. “Even though each individual consumer may not have incurred large damages, the collective damages usually amount to a figure that makes it unprofitable for corporations to profit off of their deceit.”

To contact the reporters on this story:
in federal court in Manhattan at rvanvoris@bloomberg.net;
in New York at gporter30@bloomberg.net