The U.S. on Wednesday expressed support for a temporary waiver, sending shares in several vaccine makers the next day. The issue now faces negotiations at the WTO, where several members, including , have opposed efforts to skirt intellectual property rights. They say it would only complicate production and make companies less likely to respond in the future.

The proposed waiver is intended to ramp up the production and export of vaccines and medicines to stem the pandemic’s surge in the developing world. It would let countries obtain know-how and forge compulsory licenses without facing blowback in the form of trade complaints and sanctions from other nations.

Still, some vaccine producers, like and , might sue the U.S. to recoup some of their losses, said Matthew Howell, an intellectual property attorney at Alston & Bird in Atlanta. If the manufacture of the vaccine is done in the U.S., under the government’s authorization, there are avenues for compensation in American courts.

That’s not always the case in other countries, particularly in less developed nations. 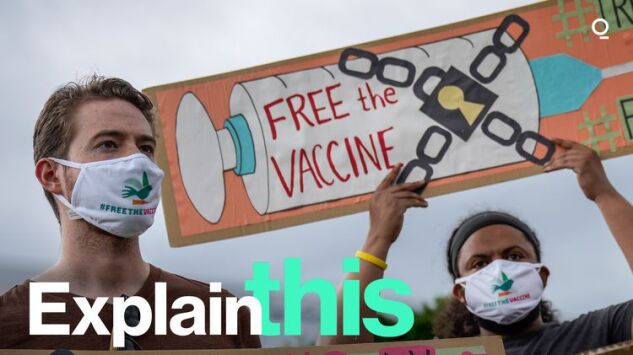 “Under the law they can get just and reasonable compensation for the use of their patented inventions” by another company in the U.S., as long as the government “provides authorization and consent for that use,” Howell said. However, when trying to make up for losses from an international manufacturer producing the vaccine overseas, the lawsuit avenue isn’t available.

“A lot of conduct outside the country wouldn’t be covered,” Howell said.

Drugmakers such as have pledged not to profit from their vaccines for the length of the pandemic, while Moderna has said it won’t enforce its patents during the pandemic. The companies have contracts with governments around the world to deliver vaccines at a set price.

“This change in longstanding American policy will not save lives,” said , the president and chief executive officer of PhRMA, the biopharma industry’s lobbying group. “This decision does nothing to address the real challenges to getting more shots in arms, including last-mile distribution and limited availability of raw materials.”

The U.S. may seek to limit the waiver to just the rights to produce the vaccine, but some WTO members, like India, also want access to manufacturing and distribution developments spawned by the rush to develop and deliver Covid vaccines.

“The pharmaceutical industry has legitimate concerns about India’s proposal, because the manufacturing and distribution innovations aren’t just limited to producing the Covid vaccine,” said Polk Wagner, a professor of intellectual property at the University of Pennsylvania.

“I don’t know how they would legally stop this moving forward, because it just becomes a decision by the World Trade Organization,” said Ellen ‘t Hoen, director of Medicines Law & Policy, a legal research group based in the Netherlands.

Then there are the optics. She pointed to a lawsuit filed more than two decades ago in South Africa challenging cheaper AIDS drugs, an effort that the companies dropped under pressure.

“They can always take all kinds of legal action all over the planet,” she said. “But they’ve already acknowledged that what they did in 1998 in South Africa was a colossal mistake.”

Public perception aside, complex patent litigation can take years to wind its way through the courts with firms willing to spend millions on protecting their properties.

“The outcome of any litigation is years away, and if there were any it would be as between the drug companies and it’s unlikely to be around pandemic supplies,” said Stephen Reese, head of Clifford Chance’s intellectual property practice in London. “More likely it’ll be protecting the platform technologies that these vaccines are developed on.”

To contact the reporters on this story:
in Arlington at ilopez32@bloomberg.net;
in New York at tinadavis@bloomberg.net