Does a digital ticket useful only for redeeming a pair of Nikes itself become a separate product if it prompts people to pay hundreds more than the shoes cost?

A court’s answer to that question could have big implications amid an early wave of intellectual property cases involving non-fungible tokens, or NFTs, attorneys say. NFTs are unique records stored on a database known as a blockchain, and virtual worlds known as metaverses have incorporated NFTs as a way to trade virtual assets.

In an ongoing lawsuit, said NFTs sold by StockX signifying ownership of literal shoes represent more than a receipt or ownership certificate. The implication: While StockX correctly asserts it’s fair to use Nike marks to describe an item it’s reselling, the NFT itself plausibly constitutes a new product that infringes Nike’s trademark.

A court opinion would provide at least a clue as to how the novel digital assets may be treated in a range of new disputes, which include NFT lawsuits brought by fashion designer and film producer Miramax LLC.

Whether the court sees the NFT as a distinct product or just a component of a sale could substantially impact future NFT cases, tax and IP attorney Daniel Dubin of Alston & Bird LLP said. While “clearly you own something” for which people have been willing to pay a premium, he said, there’s also a “legitimate argument that the NFT is nothing more than a banknote.”

“You are getting a piece of data that corresponds to some component of the blockchain,” Dubin said. “Whether there’s value in that is another question. Clearly the market says there is a value, whether it’s artificial scarcity or not.”

NFTs have taken a variety of forms, all generally billed as nonduplicative and exclusive certificates of authenticity or proof of ownership. Despite claims of scams such as self-sales to inflate value, known as wash trading, brands and creators have found in the concept a fairly cheap revenue source in the collectibles that represent various forms of art.

NFT sales totaled $17.7 billion in the boom of 2021, according to nonfungible.com, a market data and analysis site. Sales have declined nearly 50 percent from January to March, though monthly sales still total in the billions of dollars, according to data aggregator CryptoSlam. But not everyone seems certain of what exactly is being bought in many cases.

“What happens when NFT creators say very ambiguously that a person who buys an NFT gets IP rights, with no specifics?” Dubin said. “There is no clarity whatsoever. And what creates more confusion: People don’t have the same definition of what an NFT is.”

The question in the Nike suit is among a number being explored in new NFT IP cases. In one, fashion designer Hermès International sued artist Mason Rothschild for selling MetaBirkin NFTs depicting its branded Berkin handbags. Consumers would be confused into thinking Hermès produced or endorsed the images associated with the digital tokens, the company said.

In an April 11 filing supporting his motion to dismiss, Rothschild argued the images associated with the NFTs—which, unlike StockX’s, have no tie to a physical item—are artistic expressions that merit First Amendment deference. He also asserted that while U.S. Supreme Court precedent requires trademark infringement claims to cite confusion of the origin of a tangible product, his NFTs are intangible.

Meanwhile, Miramax LLC’s 2021 complaint alleged film director Quentin Tarantino infringed its copyright by selling NFTs that included screenplay segments from his movie “Pulp Fiction.” Tarantino says he contractually owns rights to the screenplay, but Miramax says it couldn’t have signed away NFT rights to him because they didn’t then exist. 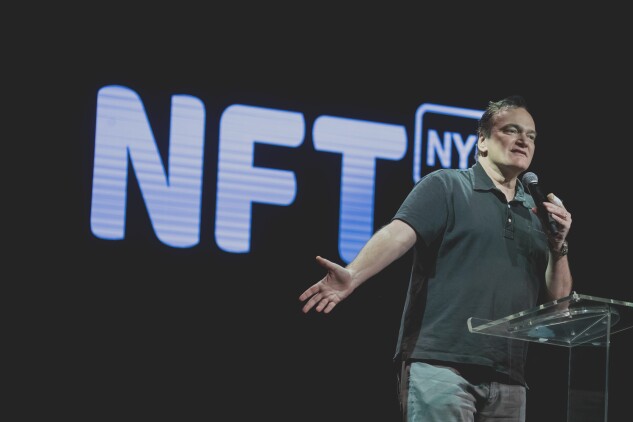 Such cases will cast a spotlight on how old laws will fit new premises, attorneys say.

“The laws will translate into the metaverse, there’s no question about that. The question is how that translation will come about,” intellectual property attorney Gina Bibby of Withers said. “It’s a new frontier.”

Innovation will continue to shape NFTs themselves as they have only recently emerged as a “separate asset class,” intellectual property and technology law professor Eric Goldman of the University of Santa Clara said. That means the products—and the legal questions—will continue to evolve.

“We’re too early in the process to feel confident that we can apply the rules to all circumstances,” Goldman said. “In a sense, NFT law is going to have to develop its own body of law that might not look a lot like IP law.”

Confusion about the intersection between NFTs and IP law stems in part from misconceptions about both what NFTs are and how IP rights work. For example, many early buyers expressed belief that buying an NFT associated with an image came with a copyright to an image, a notion that still persists in some corners.

But copyright immediately vests in a creator once an expression is fixed to a medium, and that right can only be transferred in writing under the Copyright Act. Even if the creator of art associated with the digital asset is the NFT seller, the contract must be clear, attorneys say.

“It’s still a little difficult to determine what an NFT is and what intellectual property comes with it,” Dubin said. “I think word is now out that it’s not the image, but a piece of code.”

It also remains unclear whether consumers would presume an NFT involving a trademark suggests the brand owner created it. Trademark attorneys say infringement is a highly case-specific question but ultimately hinges on consumer perception, in this case of a novel and evolving concept.

Bibby said the uncertainty makes crafting the contracts associated with the sale of NFTs crucial. One complicating factor is what happens if a platform disappears, she said.

A seller of an NFT, say of a video game avatar or artwork, may not control the blockchain on which it exists. That raises the question of what happens if the gaming platform or blockchain goes away, since the NFT would cease to exist.

She said it’s important to consider who owns the copyright and trademark rights to a digital asset, along with who wrote the software code representing it, as that also would be copyrightable. Then contracts must clearly spell out what is and isn’t conveyed, or litigation will ensue, she said.

There are signs of the NFT boom being a “fad,” Goldman said, adding that the “joy of ownership” likely won’t prove valuable enough to sustain it unless it also comes with a hope that down the line someone will pay as much or more for the asset.

To wit: Then-Twitter CEO Jack Dorsey famously sold an NFT of his first tweet for $2.9 million last year. But Iranian crypto-entrepreneur Sina Estavi, expecting to flip the NFT for around $50 million, failed to get a bid higher than $280 by his initial deadline before later getting an offer of $10,000.

That NFT’s decline in value, however, may have been influenced by widespread allegations that Estavi, recently released from prison in Iran, had run a crypto scam and Ponzi scheme.

While broader sales volumes and unique sellers are down, $2.4 billion in sales in March among 661,000 sellers remain figures too substantial to ignore.

“They’re just electronic records in a database, but they still have tremendous value,” Goldman said.

To contact the editors responsible for this story: at jcasuga@bloomberglaw.com; Tonia Moore at tmoore@bloombergindustry.com