The test that a California federal court used to hand Apple Inc. a $533 million award for its patented designs is going under the microscope in a case involving winter gloves.

The U.S. Court of Appeals for the Federal Circuit will consider whether to make the U.S. Solicitor General’s four-part test—originally outlined in a 2016 friend-of-the-court brief in the closely watched smartphone design patent case between Apple and Samsung Electronics Co. Ltd.—into binding law when it hears arguments in Columbia v. Seirus.

Both sides in the glove dispute have filed briefs with the court. Seirus has a reply due Nov. 2. Neither party is attacking the test directly—meaning there’s a real possibility that the nation’s patent appeals court could turn the test into precedent, implementing a new approach in calculating damages in design patent cases.

Design patents, unlike more common utility patents that protect the way something works, protect the shape or surface of an object. And the four-part approach created by the solicitor general to figure out how much to pay a patent owner when his design is infringed is not without critics.

Some lawyers say the test is too vague and hard to apply, even though it addresses relevant factors. Individual or small business patent owners with limited budgets for litigation could hesitate to sue or defend against a design patent lawsuit, because the difficulty of predicting the test’s outcome makes it hard to predict the value of the case, critics said.

“If you’re a big, rich company with a vast litigation budget like Apple or Samsung, you can hire fancy lawyers and take your chances at trial,” Sarah Burstein, professor at the University of Oklahoma College of Law, told Bloomberg Law. “But if you’re a small company or an individual, you need to know how much money is potentially at stake.”

In Apple v. Samsung, the high court sent the case back to district court, where a jury used the Solicitor General’s test to arrive at the $533 million figure. Now, the dispute over Columbia’s design patent covering a wavy pattern for the lining of insulated apparel, such as ski gloves, illustrates some of the unanswered questions about the test.

In Columbia v. Seirus, a federal district court found that Seirus’ gloves and other winterwear, which also have a patterned lining, infringed Columbia’s design. A jury awarded $3 million in damages. Seirus appealed. Columbia had also claimed that Seirus infringed a utility patent, but the jury found that patent was invalid. 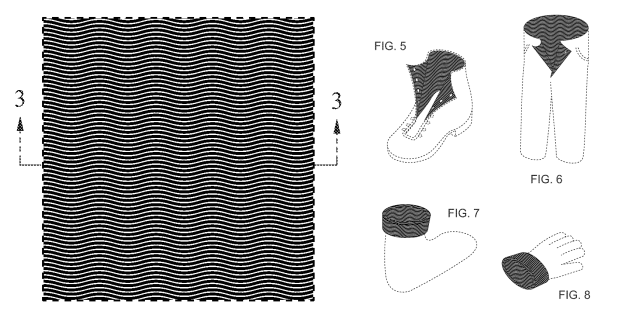 Design patent owners are entitled to the total profits on the sale of “any article of manufacture” to which the patented design is applied under 35 U.S.C. § 289. If an item has many components, the article doesn’t have to cover the entire product, potentially leading to a smaller damages award, according to the Supreme Court in Apple v. Samsung.

However, the high court left it for the lower courts to figure out the relevant article—a point at the heart of the glove lining case.

In Columbia, the court used the solicitor general’s four factors to consider how to calculate the damages: the scope of the patent, the design’s prominence within the whole product, whether the design is conceptually distinct, and the physical relationship between the design and the rest of the product. Columbia had proposed a different test, but the trial court adopted the solicitor general’s approach without a detailed explanation.

The fact that the court used an amicus brief to decide damages has raised some eyebrows. The solicitor general’s test wasn’t the product of a judicial decision where both sides argued extensively over the factors and, as such, wasn’t fully vetted, Tracy G. Durkin, director with Sterne, Kessler, Goldstein & Fox PLLC said.

Seirus’ lawyer, Craig Countryman of Fish & Richardson PC, said the jury seems to have decided the article was the entire glove, since they largely accepted Columbia’s damages calculations. The court told the jury to apply the government’s four factors, but didn’t ask them to specifically identify the article of manufacture in the verdict. 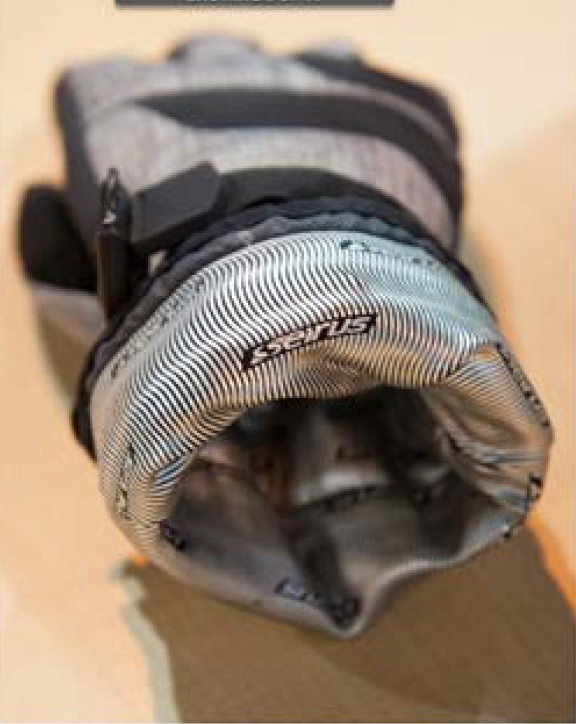 Seirus argued the article of manufacture should just be the lining. Under the first factor, the design patent covers just the lining pattern, it said in its brief. The design isn’t prominent because it’s on the inside of the glove and is conceptually distinct from whole product because other components keep the hands dry, the company said.

Columbia says the jury had plenty of evidence to support the award under various theories. For one, it could have concluded that Seirus’ gloves are a single component product, so the entire glove is the article of manufacture, the company said in its brief. Even if the gloves have more than one component, the glove is the relevant article under the four-factor test, Columbia said.

Finally, Columbia argued in its brief that even if the lining is the article of manufacture, the jury correctly awarded total profits from the glove sales, because the lining was such an important part of the product that it drove consumer demand for the product.

The dispute shows how the test’s complexity makes it difficult to predict results.

Nika F. Aldrich of Schwabe, Williamson & Wyatt PC, who is representing Columbia, declined to comment specifically about his case but told Bloomberg Law that the test can be hard to apply because the factors can be interpreted broadly.

Countryman agreed the law is unclear but said the test captures important issues, such as what the patent covers and the role the design plays in the product. The courts could clarify how to apply the factors or find a way to simplify the analysis, he said.

The government’s test is workable, but given its complexity, it might be for the best that the Columbia jury didn’t have to specifically identify the article, Durkin said. It might be preferable, she said, to let judges apply the test.

Letting judges decide the article of manufacture could lower costs for litigants, Burstein said. Much like how judges interpret utility patent claims relatively early in the case, the same can be done to decide the article, she explained, giving the parties a better idea of the value at risk.

To contact the reporter on this story: Peter Leung in Washington at pleung@bloomberglaw.com

To contact the editor responsible for this story: Rebecca Baker at rbaker@bloomberglaw.com