Crowell & Moring had a “very good year” in 2020 despite the global pandemic, success chairman Phil Inglima says the firm plans to build on by enhancing regulatory and litigation work.

“We want to double down on what we do well and grow where we see opportunities that fit both the broader market and our current clients,” Inglima told Bloomberg Law in an interview.

Many Big Law firms remained busy throughout 2020, a year in which Covid-19 put new economic pressure on clients and shuttered courts. Though most, including Crowell, have not yet formally publicized annual results, early data shows they generally performed much better than they were projected to at the beginning of the coronavirus pandemic.

The firm is looking to continue that growth, including in a newly-created state attorneys general practice, while also deepening transactional and technology centered practices. Crowell aims to add talent through lateral hires and potential boutique law firm acquisitions, according to Inglima.

“Of course, like all firms, we want to bring in new clients,” Inglima said. “But we know that the clients who know us best and trust us most will provide us the best opportunities.”

Crowell’s chief also reflected on the firm’s widely discussed decision to wade into recent political events with a call for former President Donald Trump to step down following the riot at the U.S. Capitol.

Like many of its peers, Crowell instituted equity partner draw reductions and pay cuts for its attorneys in April to deal with the projected economic impact of the coronavirus pandemic. By August, the firm had reversed course on its pandemic-related austerity measures.

“If anyone had told us that we would have adjusted this effectively, and it’s probably true for every business, I wouldn’t have believed it last March,” Inglima said.

Though some litigation ground to a halt in April as lockdowns expanded in the U.S., activity picked back up by May and June, and the firm’s regulatory lawyers were busier than ever, Inglima said. 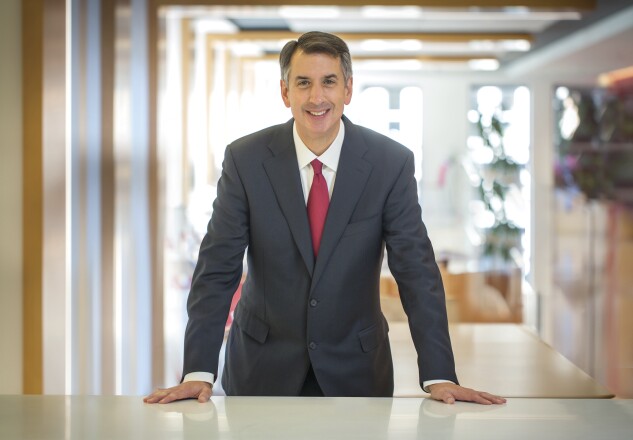 Contingency fee work was a “positive contributor” to the firm’s overall results in 2020, as in years past, Inglima said.

Crowell got a big win in a court battle over the Affordable Care Act’s “risk corridor” provision. In April the U.S. Supreme Court ruled in favor of firm client, Maine Community Health Options, deciding that the federal government is obligated to pay more than $13 billion to health insurers that sold consumer policies on public exchanges under the ACA. So far the firm has recovered $1.5 billion for clients, the firm said.

The firm was also able to assist clients pivoting in response to the pandemic, Inglima said. Crowell advised GM as it began ventilator production, Honeywell in its shift to making health and safety equipment and Siemens with handling workforce dynamics in the wake of the virus.

Inglima has chaired Crowell & Moring since 2017, when he took over with a mandate to grow the firm.

The firm was active on the lateral market last year, picking up a 13-lawyer practice from Squire Patton Boggs in Doha, Qatar, and Washington. Crowell also hired four attorneys from shuttered legal services Atrium in San Francisco and added Steven Ryan from DLA Piper in Washington.

Crowell wanted to grow “strength on strength” in its core practices and complimentary areas, Inglima said. It also sought opportunities that fit both the broader market and its current clients.

One such example was the creation of its state attorneys general enforcement and investigations practice in January 2020 through the hires of Michael Yaghi and former assistant Missouri attorney general Clayton Friedman, who also heads the practice. The firm expanded the practice a few months later with the addition of Natalie Ludaway, former chief deputy attorney general for the District of Columbia.

Crowell is just one of a few firms that offer expertise to clients facing state AG investigations, which have ramped up in recent years as enforcement officials flex their muscle on national issues, like the opioid crisis.

Inglima said he expects the 18-lawyer practice to remain important. Although the Biden administration is likely to step up federal regulatory investigations, Inglima said that won’t put the “genie back in the bottle” when it comes to active enforcement at the state level.

“We’re expecting lots of activity and we’re really feeling like we were a bit ahead of the pack in building up our team,” Inglima said.

Inglima said Crowell will continue to grow the regulatory and litigation teams that have long made up its core business, and continue branching out with more transactional practice hires.

Crowell’s corporate team in London is continuing to expand and the firm will seek to add more lawyers in New York, San Francisco, and Washington, he said.

The firm has also had some success representing technology companies in litigation over the last few years, Inglima said, and wants to continue to add talent in the space.

Though Crowell has previously pursued growth through high-profile mergers with New York-based Herrick Feinstein and Satterlee Stephens, Inglima indicated the firm prefers now to acquire boutiques and intact practice groups from other firms.

Following a year in which Big Law was part of a growing national dialogue about racial justice, Inglima said Crowell has been focused on improving its own diversity practices, including through lateral hiring.

Over the last year 44% of the firm’s lateral partner hires were women and diverse lawyers and 63% of its new lateral associate and counsel hires were diverse, according to the firm.

Crowell’s commitment to diversity, Inglima said, also focuses on retention and promotion. A majority of Crowell’s rising partners, including in its equity partner ranks, over the last three years have been on average diverse by gender, race and other classifications, he said.

Following the violent insurrection at the U.S. Capitol on Jan.6, the firm called for Trump’s removal from office under the 25th Amendment. Crowell recruited DLA Piper and other law firms to join in the demand.