The owners of a restaurant in the heart of the New Orleans French Quarter are asking a Louisiana judge to order some Lloyd’s of London insurers to cover losses from the Covid-19 outbreak -- the first of a growing number of U.S. business-interruption claims to go to trial.

The 500-seat Oceana Grill seeks to persuade Judge that its “all-risks” policy covers losses attributed to a shut-down order the government issued because of the coronavirus pandemic. The non-jury trial started Monday in state court New Orleans. 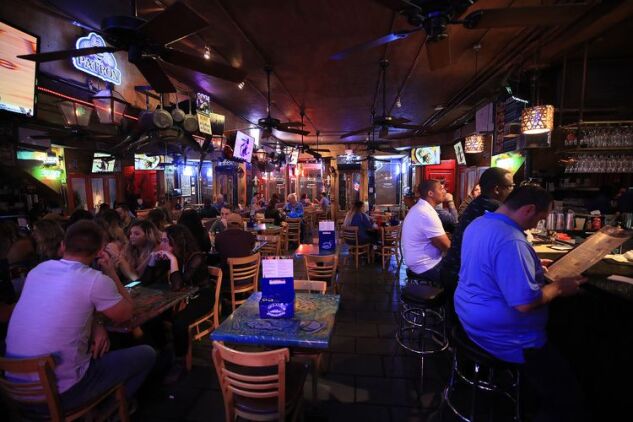 The verdict in the case could set the tone for more than 1,300 other lawsuits against insurers who refused to pay claims on business-interruption policies, saying they don’t cover pandemic-related losses, said Tom Baker, a law professor who is tracking the cases.

“This is the first opportunity business owners have to prove the virus can cause physical damage or loss,” Baker said. “The decision will have an impact on whether other cases can move forward.”

Lawsuits over lost-revenue claims have been filed by all sorts of businesses, from the National Football League’s and the National Basketball Association’s to hair salons and doctor’s practices. The stakes for the insurance industry have escalated as more cases are filed. In the second quarter -- after the initial shutdowns -- reported $1.16 billion in Covid-19 losses.

Overall, the industry could face at least $100 billion in total underwriting losses from the pandemic, Lloyd’s executives predicted earlier this year. The industry has been on a so far, persuading judges to throw out more than four times as many business-interruption suits as they’ve allowed to proceed, according to Baker’s analysis.

Lloyd’s is the world’s largest insurance market, with members including insurers providing capital to back 93 syndicates, or underwriters, at the end of 2019. Lloyd’s officials said in September they expected Covid-19 related claims for the market to total as much as $6.5 billion.

The case is Cajun Conti LLC v Certain Underwriters at Lloyd’s, London, No.2020-02558, Civil District Court for the Parish of Orleans, State of Louisiana (New Orleans).

To contact the reporters on this story:
in Wilmington, Delaware at jfeeley@bloomberg.net;
in New York at kchiglinsky@bloomberg.net