The ’s board acted as a rubber stamp for longtime leader , ignoring calls to independently probe allegations that he and other executives misused gun-rights group funds, one of its directors said.

In a Friday court filing seeking permission to intervene in New York Attorney General ’s 2020 lawsuit against the group, NRA board member Roscoe “Rocky” Marshall called the official’s corruption allegations against LaPierre and other executives highly credible and described how he called on the board to conduct its own investigation. 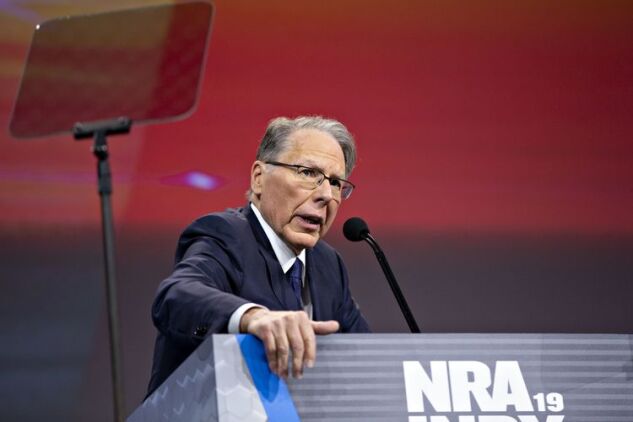 But Marshall also said he opposes James’s push to have the NRA dissolved based on those allegations. He argued in his filing that dissolution would harm the group’s 5 million members and isn’t supported by state law. He said the court should instead appoint a temporary receiver to run the NRA and potentially recover “looted and wasted” assets.

“The NRA is a well-managed, actively engaged membership organization,” NRA Second Vice President Willes K. Lee said in a written statement. “We will continue on our current course of action -- in the interests of our five million members and their Second Amendment freedoms.”

James said she’s “glad to hear that Mr. Marshall agrees that Wayne LaPierre and his top lieutenants must be removed from the NRA.”

“Our fight for transparency and accountability from the NRA and its leadership will continue because no organization is above the law,” she said in a written statement.

Marshall said he urged the NRA board in July to investigate credible evidence of wrongdoing by LaPierre and other leaders but was ignored.

“Failing to act is a breach of fiduciary duties,” Marshall wrote to fellow directors, according to his court filing. “The harshest critics of the NRA are the members. It is well past time we take heed to their voices.”

Marshall told Bloomberg on Friday that most of his fellow directors did not respond. “Either they’ve ignored me completely or in some cases sent pretty harsh rebukes,” he said. “Keep in mind, some of these people are Wayne LaPierre supporters and respond to any criticism by defending Wayne.”

A former division president who now runs Frontier Truck Gear in Center Point, Texas, Marshall joined the board in January. His term is scheduled to expire at the board’s next meeting, currently set for Oct. 2.

The judge in the case previously a motion to intervene by two NRA members, saying state law required that at least 5% of the group’s membership need to participate to qualify for standing. But he said he would find other ways to include members’ views.

To contact the reporter on this story:
in New York at nweinberg2@bloomberg.net