The fate of grocery store workers is emerging as a pivotal factor in the Federal Trade Commission’s impending decision on whether to sue to block ‘s $24.6 billion acquisition of .

The deal’s potential impact on the grocery companies’ combined workforce will further test how far the FTC will go in using its antitrust authority to consider merger impacts on labor markets. If the commission sues to block the merger, it’ll likely assert its arguments on how the merger may trigger layoffs, store closures, and reduced pay, antitrust attorneys say.

The labor concerns surrounding the merger were underscored at a Senate hearing this week, when Kroger CEO Rodney McMullen promised to refrain from laying off “frontline workers.” Lawmakers were skeptical. 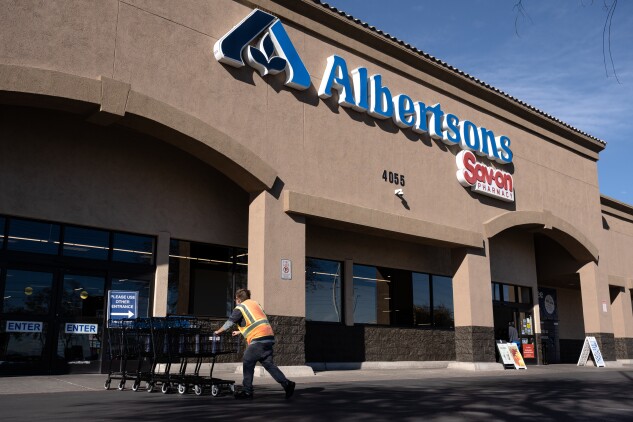 Antitrust regulators’ focus on labor is a relatively new approach to antitrust law. It most recently was in play in a successful Justice Department lawsuit to block publisher Penguin Random House’s $2.18 billion acquisition of rival Simon & Schuster. The new focus is a priority in line with the Biden administration’s policy focus on the intersection of labor and market competition.

“The FTC is already so committed to labor,” said Bill Baer, a former commission official and now a visiting fellow at the Brookings think tank. “It will be a significant factor in their merger analysis.”

Unions worried about mass layoffs and store closures are pressing the agency to review the merger through more intensive labor-focused analysis.

Members of the United Food and Commercial Workers International Union, which represents over 100,000 employees of the two chains, met with the FTC recently, according to a union spokesperson.

The companies have argued their merger will help them compete with other industry giants, like , and generate more efficiencies in the form of cost savings that will be passed down to customers.

“We will not close any stores, distribution centers, or manufacturing facilities, or lay off any frontline associates as a result of this merger,” McMullen said at the hearing.

The commission is unlikely to challenge the merger based purely on labor market concentration concerns—the idea that employees have fewer work options, said Douglas Ross, a professor at the University of Washington School of Law. But lawmakers’ pressure and the FTC’s concern with labor will generate “greater skepticism” of the companies’ efficiency defense, he said.

Classical merger analysis asks whether a deal could result in anticompetitive effects, and if so, whether those effects are outweighed by the factors derived from the acquisition, like saving money and streamlining supply chains, Ross said.

“Efficiencies can involve laying off workers and running a meaner ship,” Ross said. “That lowers costs. It’s absolutely the case that cutting costs is a good thing from the consumer’s point of view, and from the point of view of what antitrust law has traditionally been about.”

But the FTC under Chair Lina Khan’s leadership is charting a different path.

The specter of Albertsons’ 2015 acquisition of Safeway hung over the hearing this week, both in questions from lawmakers and concerns from workers.

In a press conference ahead of the hearing, worker representatives said that hundreds of their coworkers were laid off after the Safeway deal.

The FTC approved that deal conditional on the divestiture of 168 stores. Khan has criticized the agency’s handling of the merger. The companies’ layoffs following their merger was evidence the FTC should have blocked the deal, she has said.

McMullen’s vow to not layoff frontline workers prompted questions at the hearing. “What does that mean?” Sen. Josh Hawley (R-Mo.) asked, querying the use of the word “frontline.”

With market concentration, “not only do prices go up for consumers — employment, wages go down for workers,” said Sen. Elizabeth Warren (D-Mass.) in a hallway interview.

Sen. Bernie Sanders (I-Vt.), who called the merger a “disaster,” said in a hallway interview he’ll do everything he can to stop the deal.

The companies’ CEOs denied the merger would make the labor market less competitive.

“The unions across the US are incredibly important partners, and we will work together with the unions,” McMullen said.